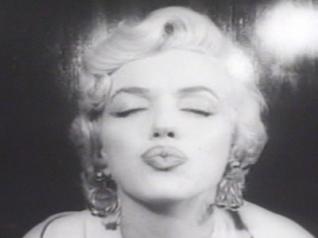 The Mysterious Suicide Of Marilyn Monroe

Years after her the death new information suggests she may have been the victim of foul play.  Why would someone that had so much to live for, commit suicide?

Why did she attempt to reach her masseur, Ralph Roberts? Was Marilyn murdered or did she commit suicide as reported?

Why would someone that had so much to live for, commit suicide? Why did she attempt to reach her masseur, Ralph Roberts? Was Marilyn murdered or did she commit suicide as reported? Was there a cover-up in the death of Monroe? What does her relationship with Bobby Kennedy play in her death? Was she a liability that needed to be dealt with? Was Marilyn Monroe that unstable that she killed herself? Why were there no traces of drugs in her digestive system? Why are there so many inconsistent stories relating to her death by the police and those that knew Marilyn?

There are a couple of possibilities that have to be considered in this case. Could she have been killed because of her involvement with Kennedy? If word got out about his affair, it could have been detrimental to his political career. Could she have been killed because someone knew about the relationship, such as the Cuban Mafia? Remember Kennedy was said to be the one that initiated the contract put out on Fidel Castro. Scandal and revenge are good motives for murder. Marilyn may have been a pawn in a revenge plot or a poor victim of love and lust for a political figure.

Marilyn told friends that she feared for her life. It is said that she was being watched and someone had bugged her home. It seems that Bobby Kennedy liked to have some pillow talk before and after sex. Marilyn knew things that she was not supposed to know. Close friends had seen a dairy that included the conversations that the two had. Although friends had seen the book, it was never seen after Marilyn’s death. Robert Slatzer, a close friend of Marilyn Monroe remembered an entry in the dairy about the assignation contract put out on Fidel Castro.
Oh, what a tangled web she and Bobby had created. Marilyn knew things that could have resulted in her demise. Marilyn often threatened to tell all with all the information she had. This would have destroyed the Kennedy brothers. There are some disturbing facts about the suicide of Monroe that have often made authorities and researchers wonder if it was a suicide or a homicide.

Marilyn never left a suicide note. She took all these pills with no water. There was no running water in a nearby bathroom. It took her maid and doctor four hours after discovering her body to call the police. The autopsy showed no drugs in her digestive system or stomach. No one did any toxicology tests on her organs. There was a bruise on her back that was new. Her discolored large intestine suggested that the drugs were administered there instead of swallowed.
Marilyn Monroe’s death will always be a mystery since the government sealed her file. Most of the evidence and people involved in the case are gone. If a day comes when someone finds a piece of evidence pertaining to her death, we might then find out what happened that dreary night in August 1962.