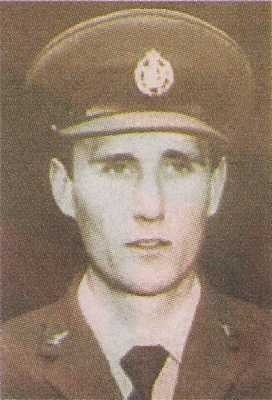 Frederick Valentich was a 20-year old pilot of a Cessna 182L light aircraft who, on October 21, 1978, was on his way to King Island, in Australia, to pick up three or four friends and return to Moorabbin Airport, from which he had departed.

During the 127 Nautical mile flight, Valentich advised Melbourne air traffic control he was being accompanied by an aircraft about 1,000 feet above him. He described unusual actions and features of the aircraft, reported that his engine had begun running roughly, and finally reported before disappearing from radar that “That strange aircraft is hovering on top of me again. It is hovering and it’s not an aircraft”.

No trace of Valentich or his aircraft was ever found, and a Department of Transport investigation concluded that the reason for the disappearance could not be determined.

The report of a UFO sighting in Australia attracted significant press attention, in part due to the number of sightings reported by the public on the night of Valentich’s disappearance. Valentich was an experienced pilot with a Class Four instrument rating and 150 hours of flight experience, and he had filed a flight plan from Moorabbin Airport, Melbourne, to King Island in Bass Strait. Visibility was good and winds were light.

He departed Moorabbin at 18:19 local time, contacted the Melbourne Flight Service Unit to inform them of his presence, and reported reaching Cape Otway at 19:00.

At 19:06, Valentich asked Melbourne Flight Service Officer Steve Robey for information on other aircraft at his altitude, and was told there was no known traffic at that level. Valentich said he could see a large unknown aircraft which appeared to be illuminated by four bright landing lights. He was unable to confirm its type, but said it had passed about 1,000 feet overhead and was moving at high speed.

Valentich then reported that the aircraft was approaching him from the east and said the other pilot might be purposely toying with him.

There was a further 25-second break in communications before Valentich reported that it was now approaching from the southwest.

Twenty-nine seconds later, at 19:12:09 Valentich reported that he was experiencing engine problems and was going to proceed to King Island. There was brief silence until he said “it is hovering and it’s not an aircraft”. This was followed by 17 seconds of unidentified noise, described as being “metallic, scraping sounds”, then all contact was lost. A Search and Rescue alert was given and two RAAF P-3 Orion aircraft searched over a seven-day period.

Either, as some have speculated, Valentich was creating an elaborate ruse to cover up his intended self-disappearance, or he actually encountered something very strange just before he disappeared.