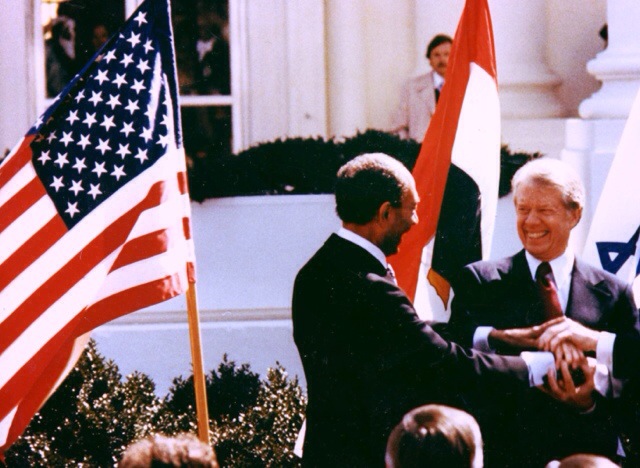 Raymond Lee Harvey was an Ohio-born unemployed American drifter. He was arrested by the Secret Service after being found carrying a starter pistol with blank rounds, ten minutes before President Jimmy Carter was to give a speech at the Civic Center Mall in Los Angeles on May 5, 1979.

Although he had a history of mental illness, police investigated his claims that he was part of a four-man operation to assassinate the president. He claimed that he had been approached by three Latino men staying at the Alan Hotel who gave him the starter pistol, and asked him to shoot it into the ground to create a diversion, so they could then shoot the president from their hotel room during the distraction.

According to Harvey, he fired seven blank rounds from the starter pistol on the hotel roof on the night of May 4, to test how much noise it would make, and then spent the night with one of the men he knew as “Julio”, later identified as a 21-year-old illegal Mexican alien who gave the name Osvaldo Espinoza Ortiz. At the time of his arrest, Harvey had eight spent rounds in his pocket, as well as 70 unspent blank rounds for the gun.

The names “Lee Harvey” and “Osvaldo” (Osvaldo is the Spanish equivalent to “Oswald”) drew comparisons to Lee Harvey Oswald who was, according to four government investigations, the assassin of President John F. Kennedy. This led conspiracy theorists to claim that the incident was set up to scare Carter into submission. Although originally dismissed as “a tale spun by an intoxicated man,”

The police investigating the claims found a room in the Alan Hotel rented under the name “Umberto Camacho,” the name of an alleged conspirator given by Ortiz, containing a shotgun case and three unspent rounds of ammunition. The occupant had checked out of the hotel room the day of the alleged assassination attempt.

Lee Harvey Oswald below at his arrest. 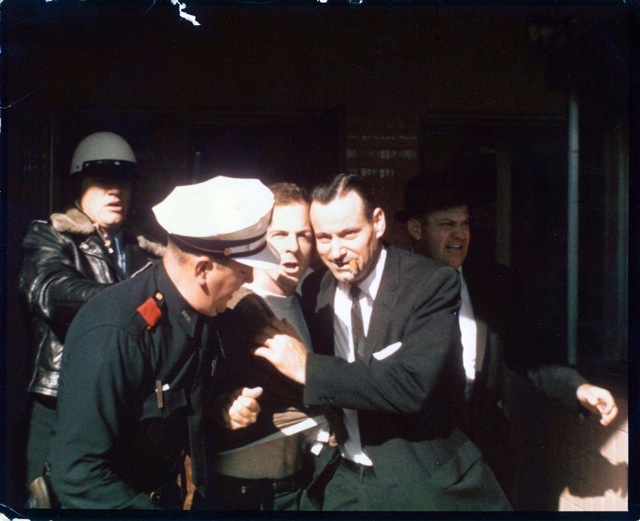