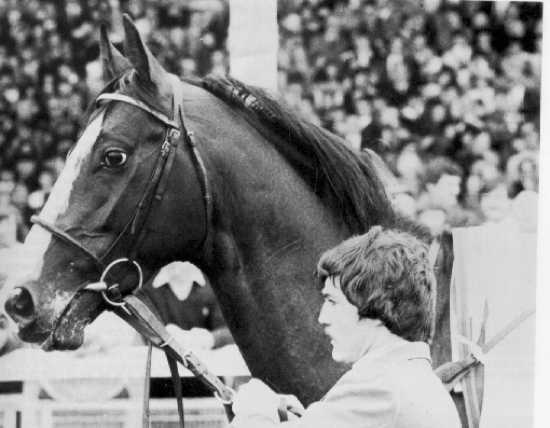 The mystery of Shergar is one that has attracted international fame in the media over the years. For those who don’t know, Shergar was an acclaimed Irish racehorse who enjoyed massive success, before being stolen from the Ballymany Stud in Ireland. The famous incident sparked massive media attention, and several TV documentaries have been produced on the horse’s disappearance. Shergar was never found, and police could only hypothesize on his whereabouts immediately following the robbery.

On a foggy evening of 1983, a mysterious car towing a horse-box arrived at the stud where Shergar was kept. When the son of the horse’s groom, James Fitzgerald, answered his door a few minutes later, he was immediately bludgeoned over the head with a blunt object and knocked unconscious. A gang of at least six masked men then stormed into the house and gathered the other family members by threatening them with pistols and submachine guns. According to the witnesses, Fitzgerald and his family, the robbers used code names to refer to each other and appeared extremely regimented. Before long Fitzgerald was forced outside and taken to the stud building where Shergar was being held. The robbers forced him to identify the famous horse, and then to help them load Shergar aboard a double horse-box. This was the last anyone laid eyes on the horse, except the thieves themselves of course.

In the aftermath of the robbery police resorted to unconventional means to track down the horse, having no sufficient leads to investigate. The culprits had planned their robbery exceptionally well, and had left no evidence other than a witness account from James Fitzgerald, and his family. Police even attempted to use clairvoyants to track down Shergar, to no avail.

Meanwhile the thieves were secretly communicating to the horse’s multiple owners, negotiating a ransom. This was never paid because the owners wanted to deter future thefts, and the thieves eventually gave up. Sadly, it is now generally believed the horse was slaughtered by the perpetrators to destroy evidence. The perpetrators of the crime were never brought to justice.

Bizarre Factor: According to a convicted criminal and member of the IRA, Shergar was stolen by an IRA special operations team, and machine- gunned to death when the gang assumed they were never getting a ransom. However this story is questionable.