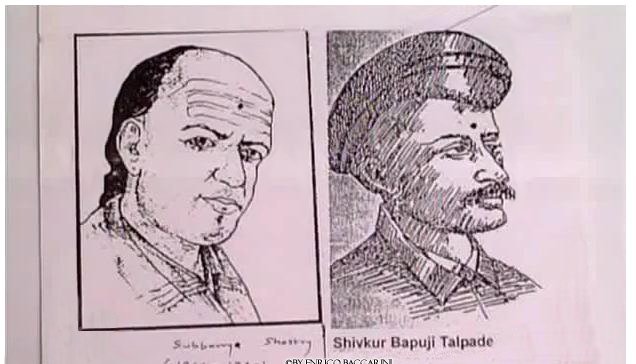 Shivkur Bapuji Talpade, flew an unmanned aircraft, eight years before the Wright brothers demonstrated on December 17th 1903 that it was possible for a ‘manned heavier than air machine to fly’. But, in 1895, eight years earlier, the Sanskrit scholar Shivkar Bapuji Talpade had designed a basic aircraft called Marutsakthi (meaning Power of Air) based on Vedic technology documented in ancient Sanskrit manuscripts. His demonstration flight took place before a large audience in the Chowpathy beach of Bombay. The importance of the Wright brothers lies in the fact, that it was a manned flight for a distance of 120 feet and Orville Wright became the first man to fly. But Talpade’s unmanned aircraft flew to a height of 1500 feet before crashing down and the historian Evan Koshtka, has described Talpade as the ‘first creator of an aircraft’.

But according to the contradictory beliefs, Shivkar Talpade, an Indian scholar flew the first airplane called Marutsakha in 1895. There are no facts that prove Talpade’s achievement and therefore no recognition has been given to him and this will always stay a mystery. 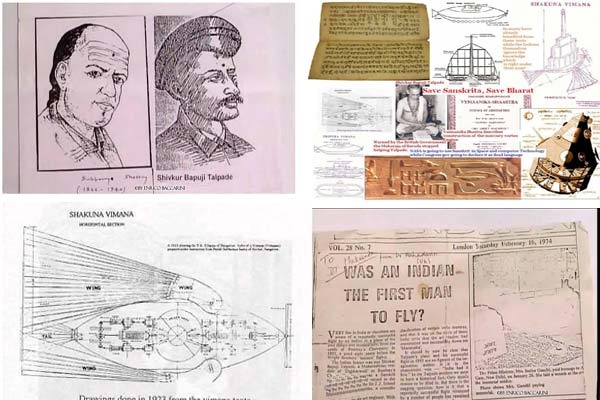 The facts remain cloaked in mystery, but the legend goes that Talpade had created a flying machine powered by mercury and solar energy, and based on ideas outlined in Vedic texts.

He ostensibly named it Marutsakha (friend of the air) and flew it at the Chowpatty beach in Mumbai in 1895. While hinting that Talpade’s work should be recognised, Anand Bodas, who presented a thinly-substantiated paper at the Science Congress, also spoke of ancient Sanskrit descriptions of vimanas that were 60X60 feet in size and travelled across countries, continents and even planets.

Various alloys for aircraft manufacturing are mentioned in Maharishi Bharadwaj’s Vimana Samhita, he claimed, adding that “the young generation should study the alloys and make them here”.