The case of the Mateo Slasher

The Gypsy Hill killings or Gypsy Hill murders are a group of five unsolved homicides of young women in San Mateo County, California during early 1976. The culprit was dubbed the San Mateo slasher.

The five victims, were all young teen girls

The first victim, Veronica Cascio, was discovered in a creek in January 1976. The 18-year-old girl had been stabbed over 30 times. Tatiana Blackwell, age 14, was reported missing only weeks later but was eventually found in June. She, too, sustained multiple stab wounds. In February, 17-year-old Paula Baxter was found behind a church, stabbed and sexually assaulted. In April, police uncovered the body of Denise Lampe, a 19-year-old who also had been stabbed over 20 times. The “San Mateo Slasher” struck one more time and killed Carol Booth, who was found on May 6, after she had been missing for about two months. 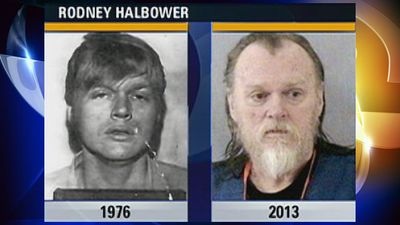 Investigators connected some of the homicides to each other. All women were young brunettes and most had experienced car trouble prior to their deaths. All were also found in wooded areas.

A lack of witnesses and a dearth of forensic evidence stalled investigations.

Investigations into the murders continued to lead nowhere and usually leave more questions than answers. DNA tests linked the murders of Baxter and Cascio, and the killer’s modus operandi seemed largely consistent in all five cases.

All of the girls were young, brunette, and experienced car troubles before they died; all five were stabbed repeatedly. No one has been apprehended so far in any of the five cases.

In March 2014, the FBI established a task force to re-examine the murders when DNA found on a cigarette butt at the scene of a new murder matched semen from at least one of the related crime scenes in San Mateo, California.

On September 8, 2014, the FBI named Rodney Halbower a person of interest in the slayings.