This Jersey Devil, also known as the Leeds Devil, is said to inhabit the Pine Barrens of Southern New Jersey, United States. This cryptid is often described as a kangaroo-like creature, with the head of a goat, horns, large wings, clawed hands, a forked tail, and cloven hooves. Reports of this creature generally describe it as a fast moving creature that bellows a “blood-curdling” scream. 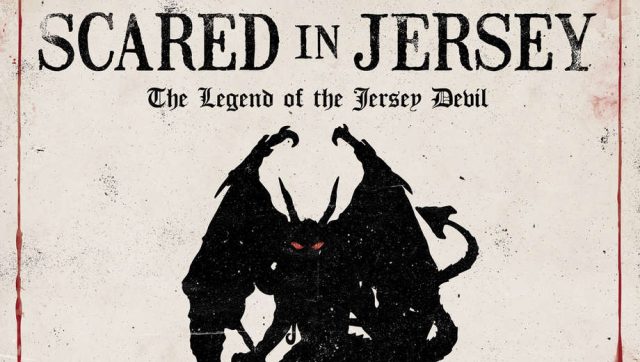 The shocking story of the Jersey Devil

Jersey Devil enthusiasts and researchers believe that the creature’s indifference to the humans is the key to the answer. In effect, humans had found the beast as opposed to the beast seeking out humans.

However, this placid state came to an end precisely when the clergyman predicted it would. Within weeks livestock began to disappear and people were once again terrified with monstrous visitations. Mysterious tracks, those of a cloven hoof, appeared and all attempts to capture or kill the creature ended in failure. So often was the Jersey Devil seen by people that its existence became accepted as fact over the next sixty to seventy years.

The early 1900’s once again saw an intense spate of New Jersey Devil sightings and in 1909 it is alleged that more than 100 people witnessed the creature in a single week. A particularly impressive, and possibly the longest sighting, was made by Mr. and Mrs. Evans on the 19th of January 1909. Woken by disturbing noises from outside their home, they peered through their window and observed the creature (Devil) for a full ten minutes. Mr. Evans described the beast as follows:

“It (the New Jersey Devil) was about three feet and half high, with a head like a collie dog and a face like a horse. It had a long neck, wings about two feet long, and its back legs were like those of a crane, and it had horse’s hooves. It walked on its back legs and held up two short front legs with paws on them. It didn’t use the front legs at all while we were watching. My wife and I were scared, I tell you, but I managed to open the window and say, ‘Shoo’, and it turned around barked at me, and flew away.”

Over the decades that followed Devil sightings became progressively less. This is perhaps attributable to advances in both technology and education. Powerful electric lights, better cameras, less hysterical news reporting and two world wars contributed greatly to the demise of the legend. In particular, a series of New Jersey Devil scams and hoaxes, that were subsequently debunked, led people to be predisposed to disbelieve claims rather than accept them. An example of this took place during the early 1900’s

“One man in particular went to extremes to create a very elaborate (New Jersey Devil) hoax. This man obtained a wild kangaroo, painted stripes on its fur, attached “wings” to its shoulder blades, and kept the creature in a dimly lit cage, charging all curious visitors a fee to take a peek at what he claimed to be the Jersey Devil. When the visitors approached the cage, a man sitting behind the kangaroo (armed with a long stick with a nail in one end) would smack at the creature, causing it to lunge forward and shriek in pain – frightening all who saw. Eventually, the man came clean on his hoax, and since then the Jersey Devil has not been taken as seriously as it had been before.” (Laura K. Leuter – The Devil Hunters)

During 1951 and 1952 the Jersey Devil made a significant reappearance in the Gibbstown and Paul Borough (boro) region. For a period the residents of the area were again gripped by “Devil Fever” and newspapers ran sardonic stories claiming mass hysteria. It’s interesting to note that the resurgence that occurred during this period was about the same time that the original UFO fanaticism started to grip the USA and the Cold War with Russia had begun to play on the nerves of the American population. Project Blue Book, a USA Government investigation into the possible existence of UFO’s was launched in 1952. Still, this was last significant mass sighting of the Jersey Devil.

One source claims that in 1960, Harry Hunt, owner of the Hunt Brothers Circus, posted a reward of $100,000 for the capture of the Jersey Devil knowing full well that he stood to make ten times that by displaying to the public. He wasn’t successful.

Although both the sightings and their intensity lessened, they still continued and one in particular stands out for its viciousness.

Any yet, with all the advances in modern technology, two key issues remain. Firstly, sightings of the New Jersey creature continue even to this day and secondly, no hard evidence of its existence has ever been found.

In recent years, as increasingly professional news media are wary of running what the industry identify as sensationalist stories, it has become assumed that the New Jersey Devil is only occasionally seen or experienced. This may not be the case at all. With regard to sightings, The “Devil Hunters” Website lists more than 70 possible incidents since the year 2000 and these continue to occur. 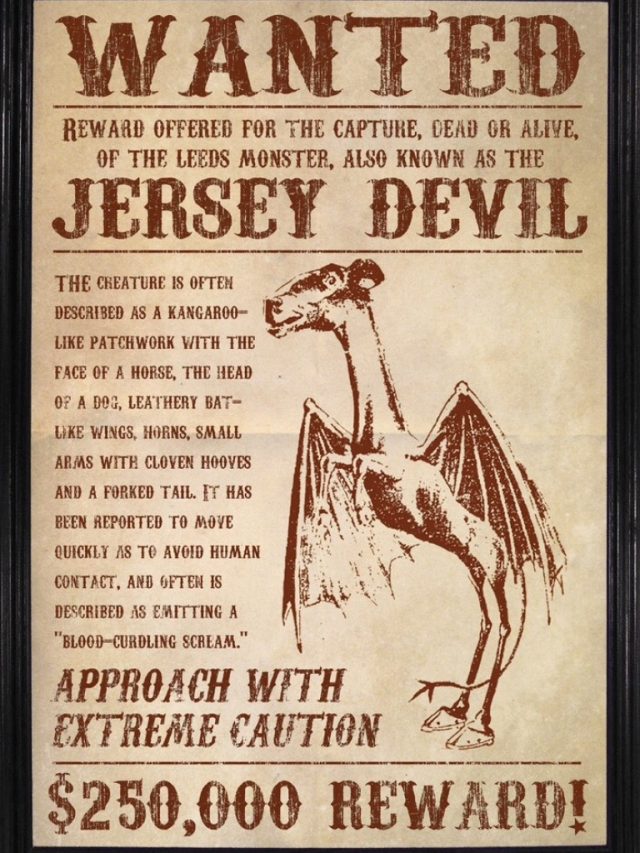 The truth about the Jersey Devil

There have been many theories, often ridiculous, put forward about the “truth” behind the legend. These range from the existence of a dragon or prehistoric pterodactyl to the genetic hybrid of a horse and a human.

However, two theories stand out as possible. In the first the Creature is actually a Sandhill Crane, a bird that stands about 40 – 48 inches tall with a wingspan of six to seven feet. This animal is believed to have once been indigenous to New Jersey but is now rarely, if ever, seen in the area. In particular, the Crane emits a loud shriek as, according to reports, so does the New Jersey Devil.

Could human imagination transform this bird into a monster? We believe that it could. In 1984 one member of our team was exploring a wild and remote gorge (Tonquani) in South Africa and decided to camp at the bottom of a 400ft gash in the rock. During the night there was a huge and frightening disturbance in the ferns that carpeted the rocky walls and an inhuman coughing was heard.

The guys pressed themselves to the gorge walls behind the campfire and spent most of the night pointing their handguns, two Colt 45’s and a Ruger 357 magnum to be precise, at the ferns. At the time all were convinced that some supernatural beast (possibly a Raka) was lurking just beyond their vision. (Handguns were legal at the time). In the morning they discovered two bodies – a large male baboon and a leopard that had fought to the death. No monsters!

The second, and perhaps most likely explanation, is one that needs more understanding about the time period in which the legend od the New Jersey Devil originates. 1735 was a time of great superstition. Witch trials had been common and babies that were born deformed were often seen to be the work or even offspring of the Devil. The infamous Salem witch trials (1692) had taken place only forty years earlier and Salem, in Massachusetts is not that far from New Jersey.

At the time there were essentially two groups of people living in the area. These were townsfolk and woodsmen. Interbreeding was more common than sanitised history books would have people believe and mutations were not uncommon. Contrary to popular myth, many of these children were not destroyed at birth but achieved adulthood and lived reclusive lives in the woods away from the condemning eyes of the more puritanical townsfolk. Feral and desperate, they would raid the farms and lands of their wealthy neighbours – and so fears and stories are born.

Still, neither theory explains why the legend of a Jersey Devil is so persistent in this particular region. Perhaps because the media gave it a lable in New Jersey and didn’t elsewhere or perhaps because there really is something inexplicable out there in the Pine Barrens we may never know. Still, the sightings and incidents continue. This story of the New Jersey Devil isn’t finished yet.