Home Hoaxes The Mystery Of The Persian Princess
UNEXPLAINED MYSTERIES 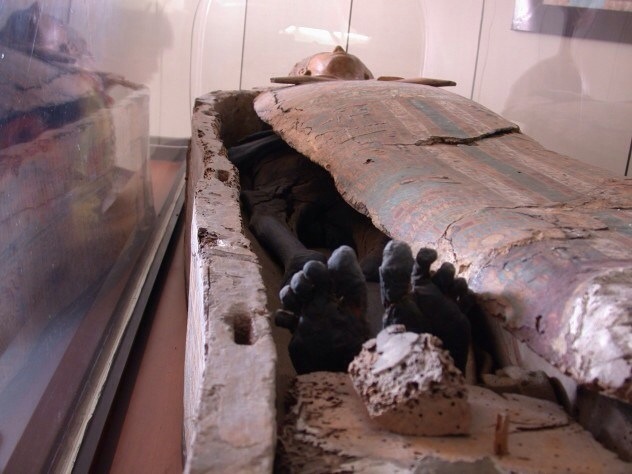 While conducting a murder investigation, Pakistani authorities questioned a man named Ali Akbar, who had made a videotape showcasing that he had a mummy on sale for 600 million rupee ($11 million). On October 19, 2000, the mummy was located inside a gilded wooden coffin at the home of a tribal leader named Wali Mohammed Reeki, who claimed he had received the mummy from an Iranian who found it after an earthquake in Quetta.

One week later, a press conference was held to announce that the mummy had been identified as a Persian princess from around 600 B.C.However, suspicions were immediately aroused when American archaeologist Oscar White Muscarella claimed he had previously been sent photographs of this mummy on behalf of a Pakistani dealer who was attempting to sell it.

A piece of the mummy’s coffin had been sent to a carbon-dating lab for analysis and was discovered to be only 250 years old.Upon further investigation, it was eventually determined that this so-called “Persian princess” was actually a female in her twenties who had died in 1996.

She had possibly been murdered after a blow to the neck with a blunt instrument, and her body had been filled with powder after her organs were removed. The whole thing was exposed as a hoax and the woman finally received a proper burial in 2008, but her true identity is still a mystery.