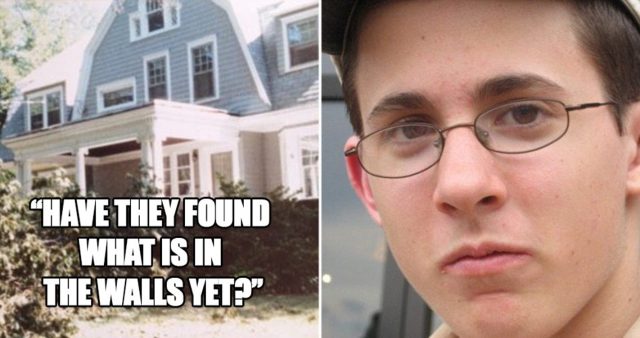 When Derek and Maria Broaddus laid eyes on the pretty Dutch Colonial with a manicured lawn built in 1905, they knew they had found the perfect place to raise their children in Westfield, New Jersey. After shelling out the asking price of $1.3 million in the summer of 2014, the Broaddus family was eager to start their lives in the large home on a peaceful street.

A mysterious and terrifying real-life nightmare descended on to the couple before the ink was dry on the purchase agreement.

For anyone who has children or even nieces, nephews or godchildren, they will understand why Derek and Maria Broaddus took the disturbing letters they received so seriously. Some of the letters were directed towards their three young children and implied a threat to their lives.

“I am pleased to know your names now and the name of the young blood you have brought to me,” one letter read. “Will the young bloods play in the basement?” 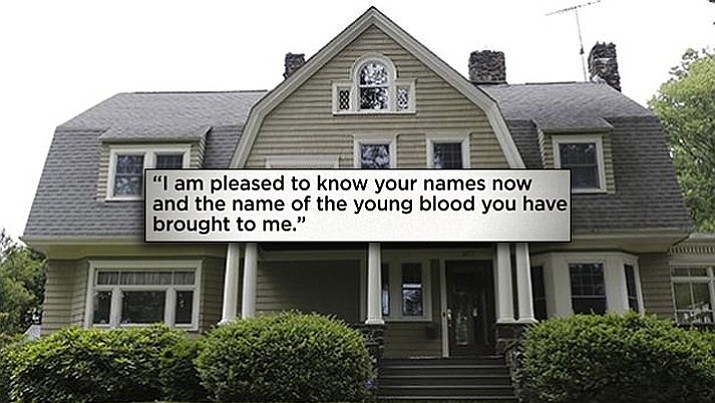 These ominous statements are a bit confusing although completely chilling. The letter references “the name of the young blood” as if “The Watcher” is singling out one child in particular. You would almost think that “The Watcher” wasn’t watching closely enough and thought there was one Broaddus child instead of three but then the letter goes on to state, “Will the young bloods play in the basement?” Either this was just a typo or yet another horrifying way of letting “The Watcher’s” malicious intentions toward the children be known.

With all of the trouble that the Broaddus family went through with this home, it’s hard to believe that the family never lived in the home for even a single day. Of course, Derek and Maria Broaddus and probably their children stepped into the home and spent some time there to plan the remodeling but according to the family, they never spent a night under the roof of the controversial Dutch Colonial. Because the Broadduses started to receive the letters from “The Watcher” before they moved in, they refused to live in the home because they said that the letters came from someone with a “mentally disturbed fixation” on the home and by association, those who inhabit the home. The family’s next plan of action was to sue the town of Westfield because the town’s planning board rejected their initial plan to raze the Dutch Colonial and subdivide the land. The Broaddus’ planned to build two houses on the property’s space.

“The Woods family turned it over to you, it was their time to move on and kindly sold it when I asked them to,” “The Watcher,” wrote in one of his letters. This sure sounds like “The Watcher” was on pleasant terms with John and Andrea Woods, doesn’t it? Another sentence in the creepy letters states, “I asked the Woods to bring me young blood.” Here, it seems as if the Woods were doing “The Watcher’s” grisly bidding. But the Woodses claim that “The Watcher” is not threatening like the Broadduses say. The Woodses did admit that they received one letter but it was not taunting or intimidating and they really didn’t pay much attention to it and just brushed the matter aside. They claim to have no idea that “The Watcher” would not just send any letters to the Broaddus family let alone cause so much trouble all around.

The Family From The 50s Denied Existence Of “The Watcher”

Margaret Davis nèe Bakes saw two lovely decades pass before laying eyes in the Westfield Dutch Colonial. She grew up in the home from 1963 to 1988 and married soon after her parents sold the home. Davis was shocked when she learned about the “The Watcher” and the connection to her old childhood home through friends who had heard about the story in the media.

“It sounds so bizarre,” Davis said. “We never had anything like this happen when we were there. We had a great time there. We were really all very close. We all hosted parties for each other. We had a bridal party for the girl across the street, and they hosted one for me. We had another bridal party for the girl next door. Westfield was a great town to grow up in, and it was the perfect home for us. I just feel lucky to have been there.”

Obviously, this goes against “The Watcher’s” claims that the men in his family have been watching – and we assume sending similar letters – the home for generations.

If these walls could talk… considering the fact that they were built in 1905, we bet they’d have a lot of juicy things to say. The first owner that we were able to find on record was Mayor William H. Davies who bought the home in 1932 for the whopping sum of one dollar. The story goes that he bought it from a family member and the dollar was simply needed for tax and deed purposes. In 1947, he sold the home to his daughter and son-in-law for a cool buck as a gift of affection. They sold the home to Dillard and Mary Bird for… wait for it…. one dollar. In 1953, Seth and Floy Bakes bought the home for – yep, you got it – one buckaroo. In 1955, they sold it to the Shaffers for… drumroll, please… four quarters! As far as we can tell, this is where the dollar tradition ended. It seems that these people were all friends and family. One theory is that a family member felt they got shortchanged on one of these transactions and started “The Watcher” as bitter payback for anyone who dared to hang their hat in the house. 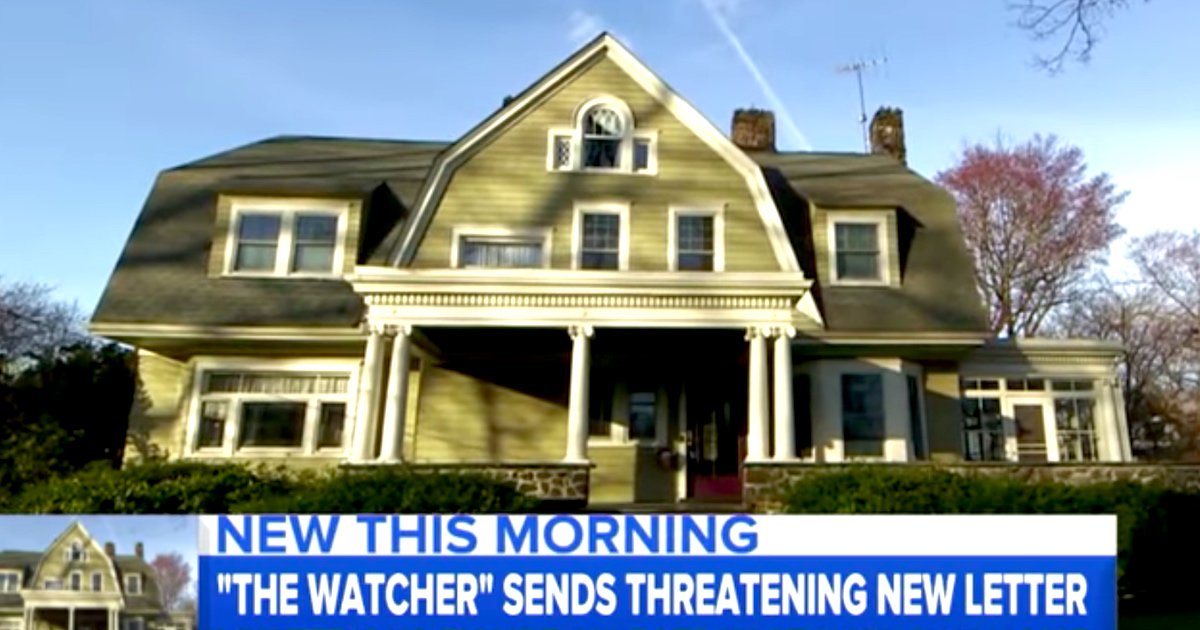 WESTFIELD — Court papers filed by the former owners of the now infamous house on Boulevard in Westfield indicate the identity of a stalker who calls himself “The Watcher” may be known and that there may have been a third family that received a letter.

The papers were filed by John and Andrea Woods in another attempt to get the lawsuit filed against them dismissed.

Westfield police told NJ Advance Media Wednesday that they have no suspects in the 3-year-old criminal investigation and a letter reportedly sent to another family was never found.

The civil suit filed against the Woods by Maria and Derek Broaddus, the current owners of the home, claims the prior owners knew about the stalker from a letter they received but failed to tell anyone until after they sold the house. The Broadduses contend that the Woods intentionally or negligently caused emotional distress when they sold the house in June 2014.