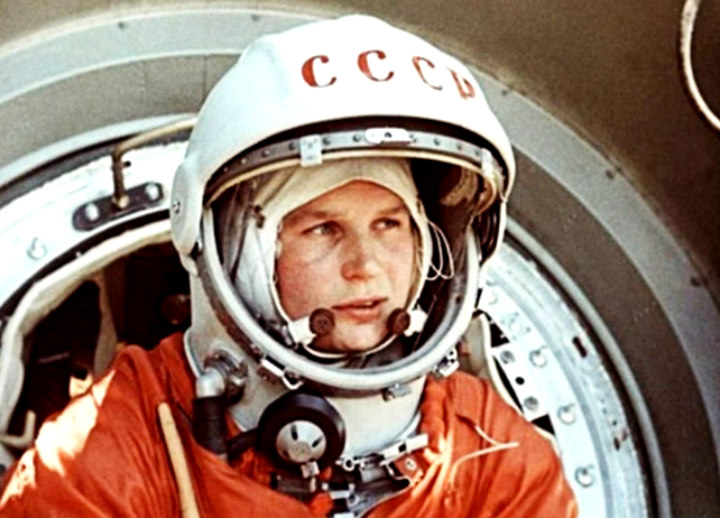 April 12, 1961, is a day that went down in history. Soviet Cosmonaut Yuri Gagarin left the atmosphere of the Earth and broke the barrier into outer space. His entire journey was only 108 minutes long, but Gagarin’s feat was worldwide news.

Space and a Mystery

On April 12, 1961, a Soviet Air Force pilot named Yuri Gagarin rocketed out of obscurity and into history when he orbited the Earth in his Vostok 1 spacecraft.

From that point on he was the face of Soviet success in space; his winning smile was broadcast around the world. Less than seven years later, he was killed in a bizarre plane crash, the details of which have never been clear. Until now.

Gagarin’s fellow cosmonaut Alexei Leonov, the first man to perform a spacewalk, has finally seen the accident report and told Russia Today television network what really happened to the first man in space.

On March 27, 1968, Yuri Gagarin was piloting a MiG-15 fighter jet with instructor Vladimir Seryogin on a routine training flight. It wasn’t the only activity in the sky that day. An Su-15 was also flying a test, though it was scheduled to fly well above Gagarin’s MiG. And Leonov, meanwhile, was running parachute jump training. For both activities – flying and jumping — the weather was lousy. It was raining, and there were low clouds causing limited visibility.

Leonov was waiting for the official word canceling his parachute training when heard two very loud booms. The first was the sound of an airplane breaking the sound barrier, the second was a crash. They were seconds apart, followed by silence. He knew something was wrong.

When a team of investigators found the crash site, they found Seryogin’s body but no sign of Gagarin. The brief hope that the first man in space had ejected in time was dashed when his remains were found the next day. Leonov identified him by a mole on his neck.

Leonov and Gherman Titov, another colleague of Gagarin’s who made history’s second spaceflight, both served on the accident investigation board. Leonov spoke to witnesses who saw the Su-15 streaking out of the clouds with its tail smoking and burning, a clear sign that its afterburner was working. But the witness accounts put this plane too low, far lower than its planned flight altitude of nearly 33,000 feet. It was seen low, closer to the 2,000 foot mark where Gagarin’s plane had been flying.

But the official report never mentioned the Su-15. Instead, it blamed the crash on pilot maneuvers. Gagarin and Seryogin likely swerved to avoid hitting a bird, a move that put them into a tailspin and unrecoverable dive. It was an explanation that might have satisfied civilians, but aviation professionals knew this was hardly a possibility.

In the years and decades that followed, rumors swirled about Gagarin’s death.

Had Gagarin been drinking? Was he distracted, taking pictures of birds from the air when he should have been paying attention to his aircraft? Had the pilots succumb to hypoxia after a cabin pressurization valve failed? Or had it been sabotage? Gagarin was the poster boy for Soviet success in space under Nikita Khrushchev, but the cosmonaut wasn’t the favorite of the new Soviet leader Leonid Brezhnev. Politically-driven murder was among the theories.

The Soviet government did investigate some of the claims. Theories that Gagarin was intoxicated, that he and Seryogin had been distracted taking pictures from the cockpit windows, and sabotage were ruled out. As was flight controller action; the KGB found no evidence that crews on the ground had provided the pilots with bad weather data.

But all these non-causes didn’t point to a cause. It’s been a mystery for 46 years.

Now, a newly released document has solved the case. The declassified report has confirmed that an Su-15 fighter jet was flying an unauthorized path close to Gagarin’s MiG-15. And while the report misrecorded Leonov’s testimony — he heard booms two seconds apart, not 15-20 seconds apart – confirmation of a second aircraft explains a lot.

A larger aircraft like the Su-15 has the power to roll a smaller plane like a MiG-15 over in its wake if the two come too close to one another. Leonov’s memory of booms two seconds apart suggests they were, somewhere around 30 feet from one another. That’s close enough for the Su-15 to shake the MiG from the sky. There was also new data in the report. It seems Gagarin’s plane hit the ground traveling at close to 470 miles per hour, and there was just 55 seconds between the pilot’s last communication and impact with the ground.

This information has been fed into a computer and various simulations of the accident run. It turns out that the only viable explanation for the crash is that the Su-15 flew too close to the MiG. The force of the larger aircraft flipped the smaller, forced it into a spiral dive towards the ground.

The last missing part of the story is the name of the Su-15 pilot, and that’s a detail we’ll likely never know. Leonov isn’t allowed to name names. Of the pilot, the former cosmonaut simple said that he is a good test pilot and for the world to know his identity will fix nothing.

For someone with outstanding accomplishments in the field of space exploration, many would think that Yuri Gagarin was fed science since childhood. But Gagarin did not come from a line of scientists or academics. His father, Alekseyevich Gagarin, was a carpenter in Klushino in Smolensk, Russia.

When Gagarin was 16, he moved to Moscow — initially as an apprentice in metal works, but he eventually transferred to attend a technical school in Saratov. He soon joined a flying club where he made his first flight in 1955. In 1957, Gagarin graduated from the Soviet Air Force Cadet school and began his career as a fighter pilot.

Gagarin was selected for the Soviet space program along with 19 other Air Force fighters in 1960. From this batch, he and fellow test pilot Gherman Titov were selected as finalists for the space program’s first flight in space. Both men were selected not only for their excellence in training, but for their short stature since the cockpit was small. It was rumored that Soviet premier Nikita Khrushchev selected Gagarin because of his humble background.