What really happened on that warm July, Roswell night in 1947? Surely you have heard of the incident in Roswell New Mexico that has remained a controversy till this day. There is no question that something crashed to the ground that night, but there seems to be no hard drawn conclusion among the different theories. Was it a weather balloon or an alien UFO?

An abundance of people still say that the military and government has many questions they’ve yet to answer in relation to the Roswell crash. They claim there was an enormous conspiracy to cover up what really happened. Whatever it was that crashed that night left a trail of debris reaching almost a mile long and several hundred feet in width. First discovered by a local ranch manager, the debris was recovered by the 509th Bomb Group Intelligence Office with Major Jesse Marcel at the lead. 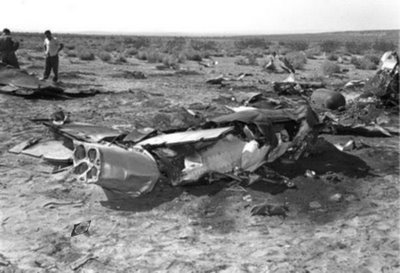 So what about that famous alien autopsy film ? well watch it yourself and make up your own mind.