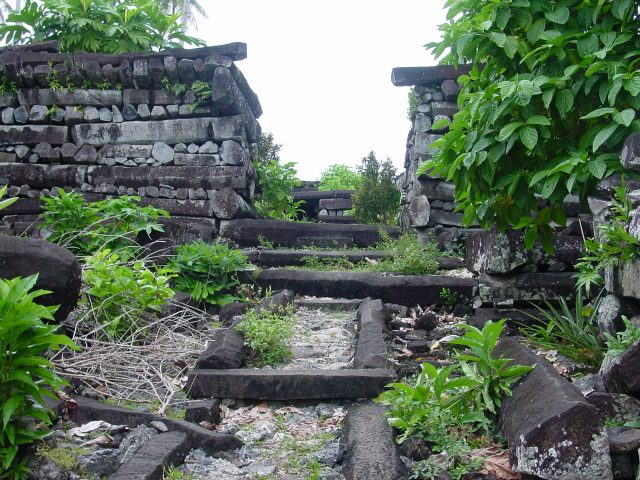 How was the city of Nan Madol made?

Nan Madol remains as one of the world’s truly unexplained mysteries. The abandoned city sits partly submerged adjacent to the eastern shore of the island of Pohnpei.

Nan Madol is the only known ancient city that was built on top of a coral reef. Construction of this mysterious city is thought to have started 1,500 years ago.

For those that are unaware – Pohnpei a small island that forms part of the Senyavin Islands, which are part of the larger Caroline Islands group. The islands belong to Pohnpei State, one of the four states in the Federated States of Micronesia (FSM)

FSM sits just above New Guinea in the middle of the South Pacific Ocean.

The mysterious city, constructed in a lagoon, consists of a series of small artificial islands linked by a network of strange canals.

The mystery of Nan Madol starts with the fact that nothing about its construction can be explained! Scientists and archaeologists have not verified anything about the megalithic construction. They collectively state that the cities construction “is an unexplainable mystery”

The total weight of the black rocks that make up the city’s construction is estimated at 750,000 metric tons, an average of 1,850 tons a year over four centuries. The basalt ‘logs’ that make up the high walls can weight as much as 50 tons each. What’s even more mysterious is the Saudeleurs who built it didn’t have pulleys, levers or metal to aid in the process. This means to build the city, they would have had to move almost 2,000 tons of stone a year, each year, for 400 years.

What is known, is the fact the Nan Madol was an elite centre – a special place of residence for the nobility used for mortuary activities presided over by priests. Its population almost certainly did not exceed 1,000, although it has recently been claimed that the population never exceeded 500.

Supposedly there was an escape tunnel beginning at the center of Nan Madol which was created by boring down through the reef to exit into the ocean. Scuba divers continue to look for this “secret” route, but so far a complete tunnel has not been discovered. Although a number of incomplete tunnels have been found. A number of divers vanished in 2012 exploring the largest of these.

Today Nan Madol forms an archaeological district which covers more than 18 km² and includes the stone architecture built up on a coral reef flat along the shore of Temwen Island, several other artificial islets, and the adjacent Pohnpei main island coastline.