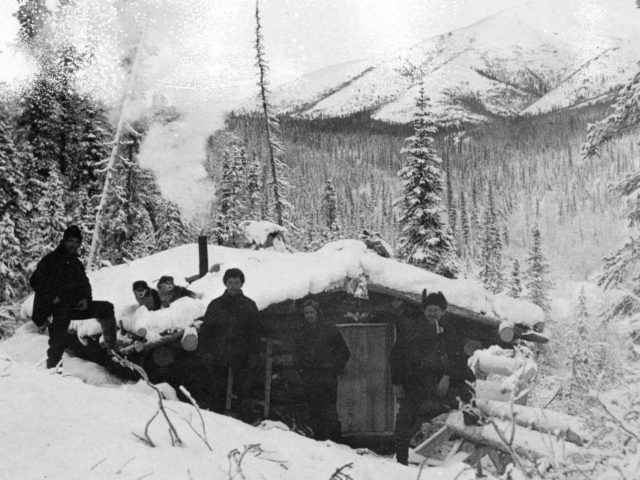 In 1978, Soviet geologists prospecting in the wilds of Siberia discovered a family of six, lost in the taiga

The family was so isolated that they were unaware that the second world war had even started, never mind finished.

Thus it was in the remote south of the forest in the summer of 1978. A helicopter sent to find a safe spot to land a party of geologists was skimming the treeline a hundred or so miles from the Mongolian border when it dropped into the thickly wooded valley of an unnamed tributary of the Abakan, a seething ribbon of water rushing through dangerous terrain. The valley walls were narrow, with sides that were close to vertical in places, and the skinny pine and birch trees swaying in the rotors’ downdraft were so thickly clustered that there was no chance of finding a spot to set the aircraft down. But, peering intently through his windscreen in search of a landing place, the pilot saw something that should not have been there. It was a clearing, 6,000 feet up a mountainside, wedged between the pine and larch and scored with what looked like long, dark furrows. The baffled helicopter crew made several passes before reluctantly concluding that this was evidence of human habitation—a garden that, from the size and shape of the clearing, must have been there for a long time.

It was an astounding discovery. The mountain was more than 150 miles from the nearest settlement, in a spot that had never been explored. The Soviet authorities had no records of anyone living in the district.

As the intruders scrambled up the mountain, heading for the spot pinpointed by their pilots, they began to come across signs of human activity: a rough path, a staff, a log laid across a stream, and finally a small shed filled with birch-bark containers of cut-up dried potatoes.

The sight that greeted the geologists as they entered the cabin area was like something from the middle ages. Jerry-built from whatever materials came to hand, the dwelling was not much more than a burrow—”a low, soot-blackened log kennel that was as cold as a cellar,” with a floor consisting of potato peel and pine-nut shells. Looking around in the dim light, the visitors saw that it consisted of a single room. It was cramped, musty and indescribably filthy, propped up by sagging joists—and, astonishingly, home to a family of five:

The silence was suddenly broken by sobs and lamentations. Only then did we see the silhouettes of two women. One was in hysterics, praying: ‘This is for our sins, our sins.’ The other, keeping behind a post… sank slowly to the floor. The light from the little window fell on her wide, terrified eyes, and we realized we had to get out of there as quickly as possible.

Led by Pismenskaya, the scientists backed hurriedly out of the hut and retreated to a spot a few yards away, where they took out some provisions and began to eat. After about half an hour, the door of the cabin creaked open, and the old man and his two daughters emerged—no longer hysterical and, though still obviously frightened, “frankly curious.” Warily, the three strange figures approached and sat down with their visitors, rejecting everything that they were offered—jam, tea, bread—with a muttered, “We are not allowed that!” When Pismenskaya asked, “Have you ever eaten bread?” the old man answered: “I have. But they have not. They have never seen it.” At least he was intelligible. The daughters spoke a language distorted by a lifetime of isolation. “When the sisters talked to each other, it sounded like a slow, blurred cooing.”