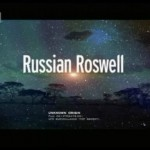 Russian Roswell .Kapustin Yar was the former SovietUnion’s most sensitive air base,even exceeding America’s Area 51for the levels of secrecy thatshrouded it.

UFO Files claimed that itwas to present never-before-seenfootage of the base, reconnaissancephotos and even a virtual tour of itshidden depths.Kapustin Yar was created as the sitefor the development of the SovietUnion’s space program after the endof World War II. It lies over 500 milessouth of Moscow and about 60 mileseast of Volgograd, the former Stalingrad.

These days it lies closeto the Kazakhstan border, but backin those days, the base was deepinside Soviet territory. It was herethat captured V2 rockets and theGerman scientists that created them were set to work with not only thesingle task of getting into spacebefore the Americans, but alsodesigning and testing new aircraft,missiles and other weaponssystems. The base was deemed sosecret that the nearby town of Zhitkur was emptied of its populationand levelled because it was tooclose.In 1948, less than a year after thefamed Roswell Incident, the base’sradar operators picked up anunidentified object. At the same time,a fighter pilot flying close to the basehad a visual sighting of a silver,cigar-shaped object. Reporting thathe was being blinded by rays fromthe UFO, the pilot was ordered toengage with it and, after a threeminute dogfight, a missilesuccessfully brought down theobject. It seems that the UFO firedsome sort of energy weapon at theMiG and both craft crashed to the ground.