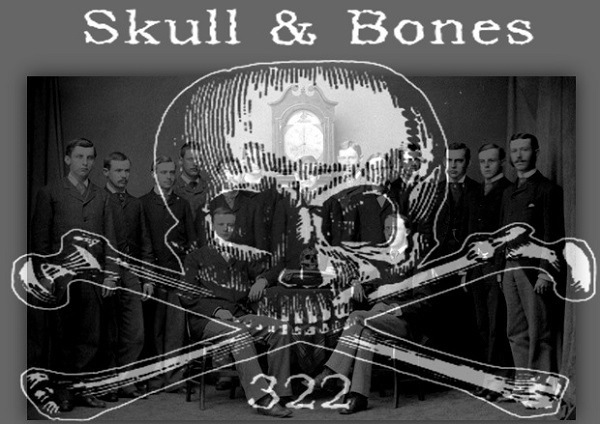 The Order of Skull and Bones was originally known as the Brotherhood of Death. It is one of the oldest student secret societies in the United States. It was founded in 1832 and membership is open to an elite few. The society uses masonic inspired rituals to this day. Members meet every Thursday and Sunday of each week in a building they call the “Tomb”.

According to Judy Schiff, Chief Archivist at the Yale University Library, the names of the members were not kept secret until the 1970s, but the rituals always have been. Both of the Bush presidents were members of the society while studying at Yale, and a number of other members have gone on to great fame and fortune.

Conspiracy and The CIA

The society is surrounded by conspiracy theories; the most popular of which is probably the idea that the CIA was built on members from the group. The CIA released a statement in 2007 (coinciding with the popularity of the film The Good Shepherd) in which it denied that the group was an incubator for the CIA. You can read that document here.

The most famous secret society in America, Skull and Bones was co-founded at Yale in 1832 by the father of a future president and has come to signify everything that attracts and repulses the public about “The Elite.”

Rumor has it that Yale junior class members are tapped for membership each fall by some measure of leadership, influence and breeding.

Among the business titans, poets, politicians and three US Presidents that are rumored to be members, we’ve picked out the honor roll.

Before becoming one of JFK’s “Wise Men,” Bundy was another Bonesman with a long family lineage of getting “Tapped” for the society.

But, if the lore surrounding Skull and Bones has any veracity, he was apparently a man with a personality all his own, one that led his pals to nickname him “Odin.”

“W” was a man who’s family was synonymous with Skull and Bones by the time he arrived on Yale’s campus as a Freshman, but it has been whispered that many thought his family would agree to his not being “Tapped” as George was a rather… “distractable” young man.

But after joining up with the family club, joining the cheerleading team and generally raising hell, “W” ended up as the third Bonesman to occupy the office of the President.