POLICE have been searching for Stuart Pearce since January 6, 1991 – the same day his family was found murdered in the burnt-out remains of their Parafield Gardens house.

The murders shocked the city with their brutality: the body of his wife Meredith, 31, was found tied to a chair with a towel pushed into her mouth.

Three of his children – Adam, 11, Travis, 9, and Kerry, 2 – were suffocated with plastic bags placed over their heads. They all died before the house was set alight with petrol.

A fourth son, Matthew, survived because he was staying at a friend’s home overnight.

The fire was reported at 7.10am on January 6. There is no evidence Pearce, who would be 56 now, went home when his night shift at a Wingfield BP petrol station finished – just 27 minutes before the fire started.

His Datsun 240K was later found abandoned at the Kilkenny shopping centre. He’s been missing ever since.

Twenty-five cannabis plants were found in a bunker under his burnt-out home, leading to questions of drug links but police said there was no evidence of anyone else having been involved in the murders. 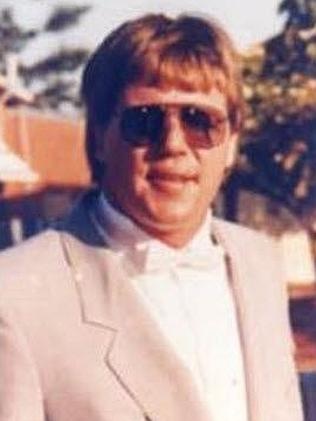 One of the few surviving photos of Stuart Pearce.

The hunt for Pearce

Pearce was under financial pressure and his best friend Gary Austin – who lived in a unit in the backyard – killed himself in 1990.

Pearce was believed to have been sheltered by friends after he disappeared, possibly in the South-East.

He hid in his hometown of Mt Gambier, but was recognised by locals. He was spotted several times in 1991 but the most recent confirmed sighting was in June, 1997, at a Knox shopping centre in Melbourne.

The horrific murder of the Pearce family took a tragic toll on the surviving son, Matthew, who has since been jailed twice and before the courts numerous other times.

In 2002, Matthew Pearce told The Advertiser he believed his father to be innocent but dead – murdered by whoever killed his family, and that they were trying to get information from his mother.

Two years later, he was jailed for criminal trespass after hiding for four hours in the ceiling of a toy shop. Matthew told the court he believed whoever had killed his family would come after him if he was identified.

And last year, he was jailed again, this time for firearms offences , with District Court Judge Paul Slattery saying the courts had run out of patience, despite his tragic childhood

Reward for information leading to conviction: $200,000