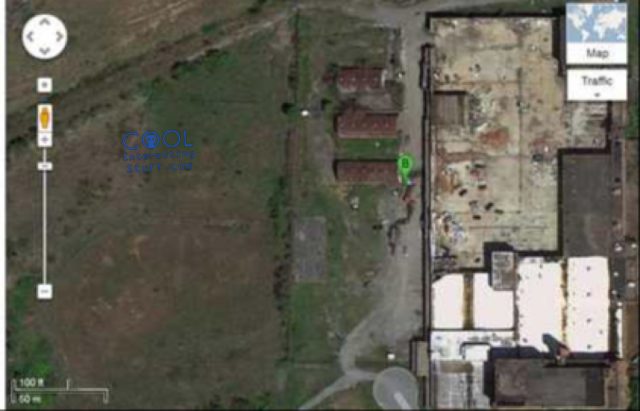 It started off simply enough, an anonymous challenge made to those browsing 4chan’s notorious /b/ sub, a prize hidden near rubble was promised.

The original poster making the challenge provided specific coordinates for the location of the “prize”.

And a broader view reveals that the location is in one of three apparently empty warehouses behind a seemingly abandoned old lot in Elizabethton, Tennessee in East Tennessee among the Tri-Cities. By the shape of the warehouses they may have once been airplane hangers.

The denizens of 4chan were understandably skeptical of the notion that there was any “prize” there at all and most assumed it was just another scam, someone trolling them for fun.

But the original poster promised the location was “warm” and that there were no cops around. He pressured people to come and claim the “prize.”

He then posted a disturbing picture. 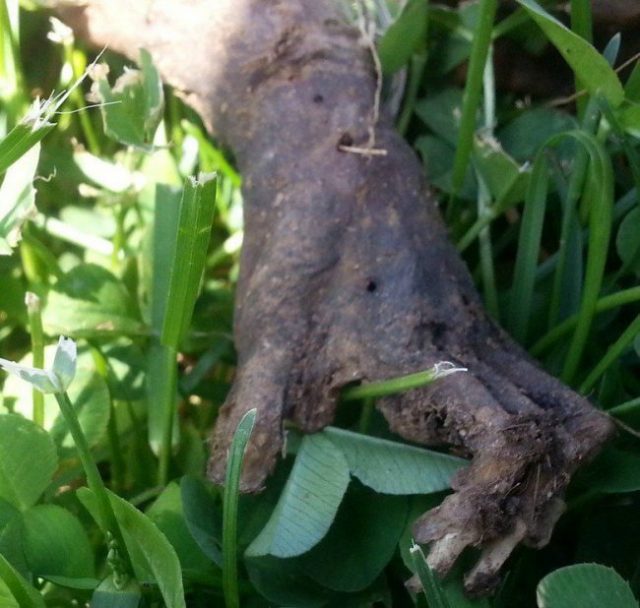 People still didn’t respond and that seemed to annoy him greatly so he posted another seemingly gruesome picture.

He made a cryptic statement regarding “my friend” and then posted another picture of a “prize.”

The nature of the “prize” seemed to become a bit clearer, the seemingly human remains, the mention of a friend he’d had for a long time. This image the user posted appears to have some kind of writing on it although it can’t be made out. 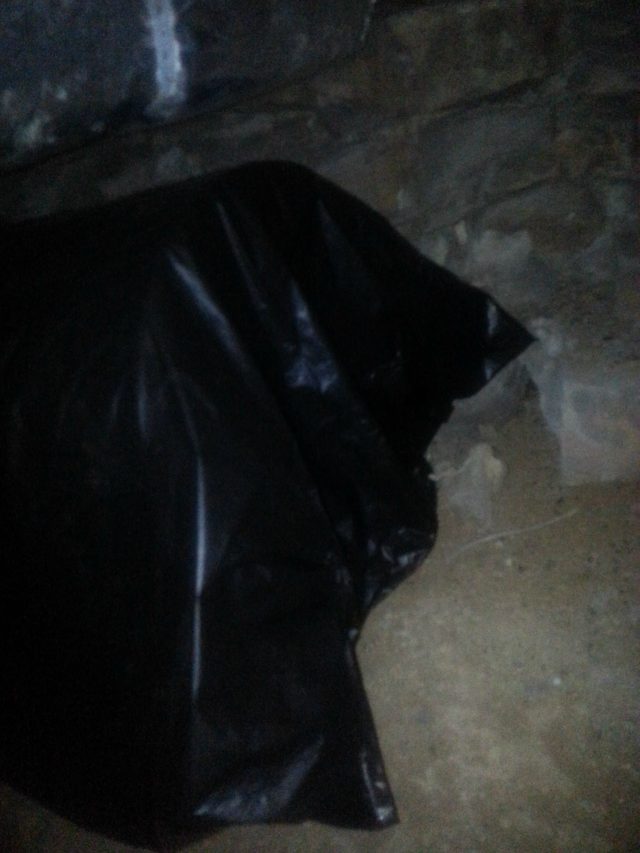 This was the last post made by the original user, seeking to entice people to come and claim this “prize.” It’s unclear what “singing” refers to.

This was the last time the original poster took part in this thread and it lay dormant for several days with no one announcing they planned to go and claim this “prize.”
Then, five days later, a user calling himself Alex appeared and said that he was going to check things out. He also decided to live post what he found, uploading pictures he took as he went and providing short commentary.
In his first post he makes a reference to coming early which seems to imply he had reached out to the original poster and agreed to meet him at the location of “the prize.” Being sneaky, Alex decided to arrive early to scope out the scene in advance of meeting a creepy online stranger in real life.
He posted this photo of himself heading down some stairs first, presumably because the original poster’s photos depict a basement.

Some jars and what appears to be the door to the basement. Alex appears to have indeed arrived before his “friend” the original poster offering the prize.

Alex noted that the floor was indeed made of dirt, a construction technique not allowed for decades making the building he was in quite old. The building was apparently huge and smelled like spoiled food.

There was also scrap everywhere and wiring that appeared fairly new down in the basement. He also thought he heard his “friend” arriving but went back upstairs and saw nothing.

There was also what appeared to be fairly new electrical wiring. At this point he heard a rustling sound as well.

Eventually he found the plastic bag, opened it and found a plastic plate with an odd message written on it 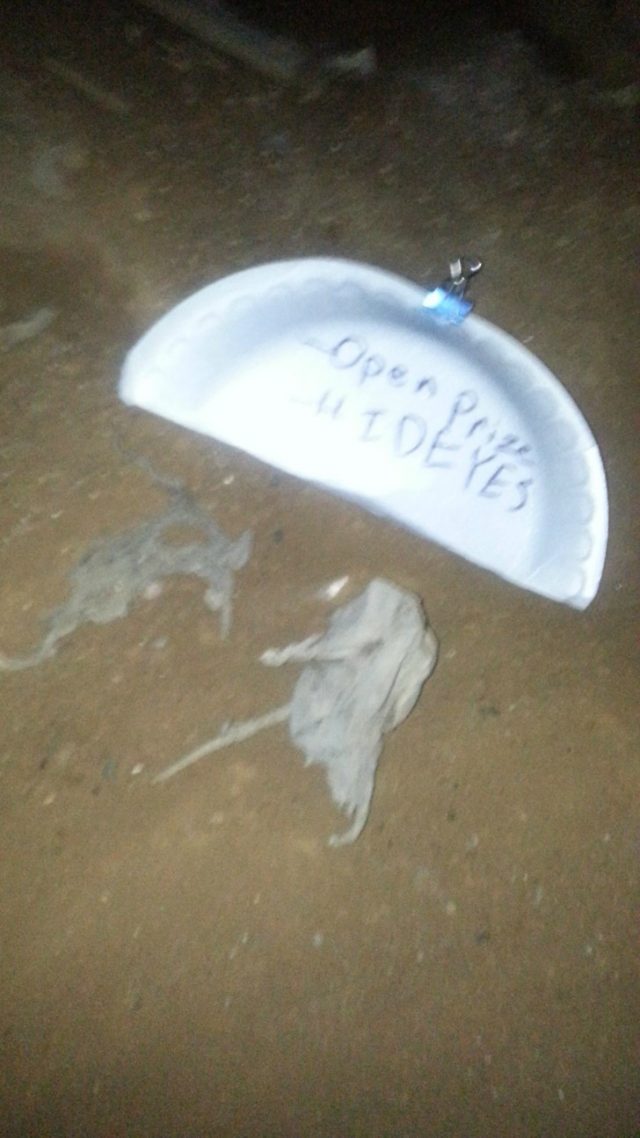 Inside the folded and fastened plate was a hard drive which Alex put in his pocket.

The inside of the folded plate also had writing on it which said:

Then he continued opening the plastic bag and thats when something inside it moved. He posted

“OK. Shit. opening bag and IT FUCKING MOVED. i almost shat bag contained tortured possum. bound up in string. bag inside bag inside bag. When I got all the bags apart the fucker darted across dirt prison. possum was jammed in this foam in a plastic walmart bag.”

Continuing to explore, Alex discovered old prescription pills and something else large, wrapped in plastic and duct tape. He also heard a car pull up and began to panic.

“I hear someone outside driving really slow over the gravel. I think its time for my date. I am going to see if there is a second door. dark as shit. phone flashlight is shit. WTF is this?”

And Alex decided to get the hell out of there. He found what he thought was a crawl space or basement window.

And that was the last post update Alex gave. He was never heard of again…..