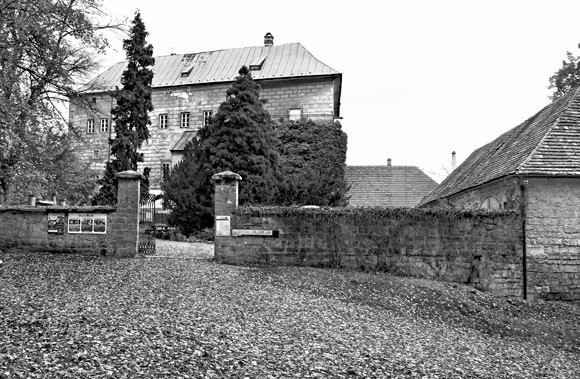 Houska Castle
Country: Czech Republic
Built: 13th century
Haunting: Located in the forests north of Prague, Houska castle was never a strategic battle location. It also appears to have no function of outside fortification. It was not built to repel attacks or to keep things out. It was built to hold something in. It was built to close the gateway to hell.

The castle is built upon a fabled bottomless pit from which winged creatures and half-man-half-beasts allegedly exited. Demonic activity persisted at this site and eventually, Bohemian rulers decided to seal up the gateway with a castle. Before sealing off Hell’s realm, it is said that nearby prisoners were granted pardons if they would agree to be lowered by a rope into the hole. The story goes that the first lowered prisoner let out a yell after entering the hole. When he was raised up, he appeared to have aged over 30 years. He died of unknown causes just days later.

Wait, it gets stranger. During the 1930s, the Nazis took over the castle to conduct occult experiments with dimensional portals. Hitler, a paranormal enthusiast, was known to dabble in the occult, and it is uncertain what the scientists learned from Housksa Castle. Years later, during renovations, several Nazi officer skeletons were found, and it appeared they were killed execution style.

The recurring ghosts at Houska are plentiful, and include a giant bulldog/frog/human, a headless black horse and a woman in an old dress who is frequently seen peaking out of the top floor windows. Beneath the cellar there is said to be some nonhuman remains of the beasts that emerged from the hole.