In Mexico City, Adolfo made his money in a strange way, working with men, who would later become his followers: Martin Quintana, Jorge Montes, and Omar Orea.

Many of his clients were rich drug dealers and hitmen who enjoyed the violence of Constanzo’s “magical” displays. He also attracted other rich members of Mexican society, including several high-ranking corrupt policemen, who introduced him to the city’s powerful narcotics cartels. 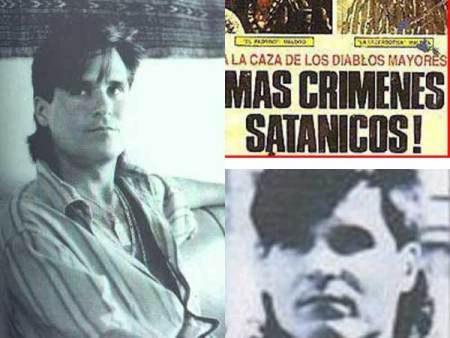 Constanzo started to raid graveyards for human bones to put in his nganga or cauldron, but before long, he would need live human sacrifices instead of old bones. Over twenty victims, whose mutilated bodies were found in and around Mexico City, are thought to have met their end this way 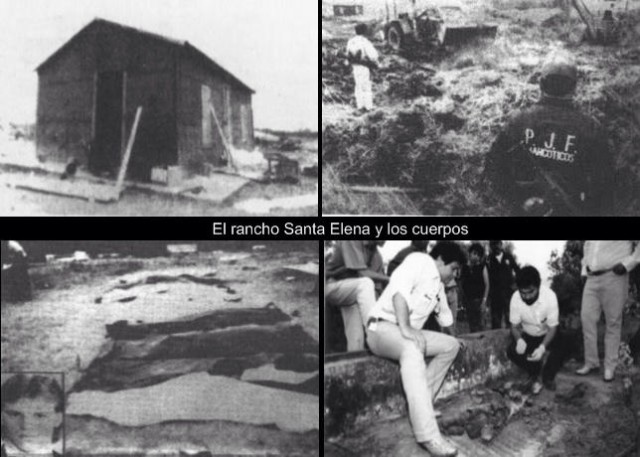 Constanzo began to believe that his magic spells were responsible for the success of the cartels, and demanded to become a full business partner with one of the most powerful families he knew, the Calzadas. When his demand was rejected, seven family members disappeared. Their bodies turned up later with fingers, toes, ears, brains and even (in one case) the spine missing.

Constanzo soon made friends with a new cartel, the Hernandez brothers. He also took up with a young woman named Sara Aldrete, who became the high priestess of the cult. In 1988, Constanzo moved to Rancho Santa Elena, a house in the desert. It is there that he carried out more sadistic ritual murders, sometimes of strangers, and other times of rival drug dealers. He also used the ranch to store huge shipments of cocaine and marijuana.

On March 13, 1989 Constanzo’s henchmen abducted a student, Mark Kilroy, from outside a Mexican bar and took him back to the ranch. Kilroy was a U.S. citizen who had been in Mexico on Spring Break. When Kilroy was brought to the ranch, Constanzo murdered him. Under pressure from Texan politicians, Mexican police initially picked up four of Constanzo’s followers, including two of the Hernandez brothers.

Police quickly discovered the cult and that Constanzo had been responsible for Kilroy’s death. Officers raided the ranch, discovering Constanzo’s cauldron, which contained various items such as a dead black cat and a human brain.

Fifteen mutilated corpses were dug up at the ranch, one of them Mark Kilroy’s. Officials said Kilroy was killed by Constanzo with a machete chop to the back of the neck when he tried to escape about 12 hours after being taken to the ranch.

Constanzo had fled to Mexico City with four of his followers. They were only discovered when police were called to the apartment because of a dispute taking place there. As the officers approached, Constanzo opened fire with a machine gun, but soon realized that he was surrounded. Determined not to go to prison, he handed the gun to follower Alvaro de Leon and ordered him to open fire on him and Martin Quintana. By the time police reached the apartment, both Constanzo and Quintana were dead.