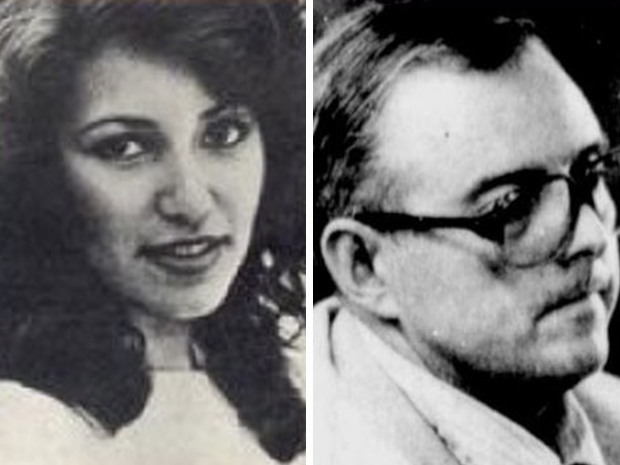 In March 1983, 21-year old Robin Benedict was brutally murdered by former Tufts professor William Douglas. He confessed to striking her in the head with a 2-1/2 pound sledge hammer, dumping their blood-stained clothes in a trash barrel, discarding her body in a dumpster, and then abandoning her car.

Robin Benedict was a prostitute, and what makes this murder noteworthy is that it was one of the first cases in modern history to use a strategy of essentially blaming the victim for the crime in the court of public opinion. The denigrating nickname in the press at the time was “the prostitute and the professor” case.

In April 1982, Benedict met Douglas at Good Time Charlie’s on LaGrange Street in Boston’s infamous former burlesque area known as the Combat Zone. By the summer of 1982, Douglas was seeing Robin nearly every day, and paid her $100 per hour when they were together. Douglas embezzled more than $67,000 in total from Tufts to pay for the relationship and lifestyle.

His infatuation with her quickly became an obsession. Douglas had stalked Benedict for several months. In January, 1983 he told police that she had solicited sex from him and Benedict was fired from a job at a health spa in Saugus.

On March 5, 1983, Douglas called Robin twelve times and spoke to her four times, and then she vanished forever that night. On March 6, five miles away from his home in Sharon, some of their blood-stained clothing were found in a trash barrel. With her body reportedly in the trunk, Douglas drove Benedict’s car to Boston. He then drove to a mall in Providence and discarded her body in a dumpster. Benedict’s car was eventually found in New York City in July, 1983.

Douglas confessed to her murder in April, 1984. He contended that on March 5, 1983, Benedict had gone to his home with a 2-1/2 pound sledge hammer with the intent of killing him if she did not receive a $5,000 payment for her services. He said that after she tried to strike him, he grabbed the hammer and hit her two or three times in the head and killed her. In his statements to police, Douglas also said that she charged him $1,000 for a trip with her to Charlestown to pick up cocaine, and had also previously purchased cocaine from her. He later broke into one of her apartments and stole her answering machine as it may have contained recorded messages that would have incriminated him if Tufts began an investigation of his expenses. Benedict was dead and unable to rebuke his assertions of course.

The details of what actually happened on March 5, 1983 will forever remain a mystery. In a deal with prosecutors, Douglas pled guilty to manslaughter and was sentenced to 18 to 20 years in jail. The fact that Robin’s body was never recovered gave Douglas great leverage in the case. Murder in the first degree is nearly impossible to prove without finding a body or having a lot of physical evidence and witness testimony. Douglas was considered a model prisoner in jail, first at Walpole and then at a medium security prison. He was released after serving about nine years in jail.

There are many strange aspects about the Robin Benedict case. A 41-year old Tufts professor, married with three children, became obsessed with a prostitute and then adopted her lifestyle to some extent. The licentious and dangerous aspects of Boston’s old Combat Zone were brought to the forefront in the news. There was later a magazine article, book (Missing Beauty, by Teresa Carpenter), and film (The High Price of Passion) produced about the murder. Douglas chose to pay Benedict hundreds of dollars per day to be with him due to his obsession. If Benedict had actually attempted to extort money from Douglas, an unjustifiable murder was the result in any case. The family reportedly accepted a small settlement from Douglas and greatly endeavored for years to find out the location of her body. The strategy of blaming the victim for a crime by denigrating them in the press became widely used after this case, especially by celebrities.

Robin’s body has never been recovered. She was educated as a graphics designer and died at a very young age.