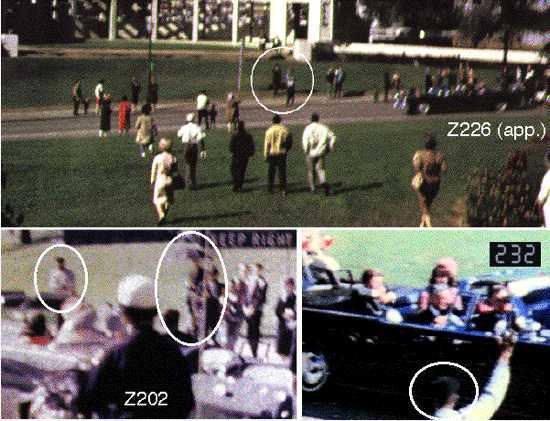 The strange and mysterious figure that was seen during the JFK assassination, now referred to as the umbrella man remains one of the weirdest events from the day of the assassination.

A signal to the gunmen?

In the aftermath of the assassination, the umbrella man sat down on the sidewalk next to the Stemmons Freeway sign.

He then got up and walked towards the Texas School Book Depository, the location of the shooter Lee Harvey Oswald.

The true identity of the umbrella man has never been discovered. His actions have been at the center of multiple movies that examine the JFK conspiracy theory, including Oliver Stone’s film. The theory suggests that the man used the umbrella to signal the shooters. More specifically, he could have been signaling Kennedy’s driver, who was ordered to slow the vehicle. Many people who witnessed the assassination said that Kennedy’s limo came to an almost complete stop in the middle of the street before he was shot.

The umbrella man is found!

In 1978, after an appeal to the public by the U.S. Committee on Assassinations, a man named Louie Steven Witt came forward and claimed he was the umbrella man. Witt says he brought the umbrella to Dealey Plaza in order to heckle Kennedy. Another theory is that the umbrella man was Cuban American Manuel Artime, who had a close relationship with E. Howard Hunt. Artime died mysteriously in 1977, which is the same time the U.S. assassination committee was investigating the umbrella man.