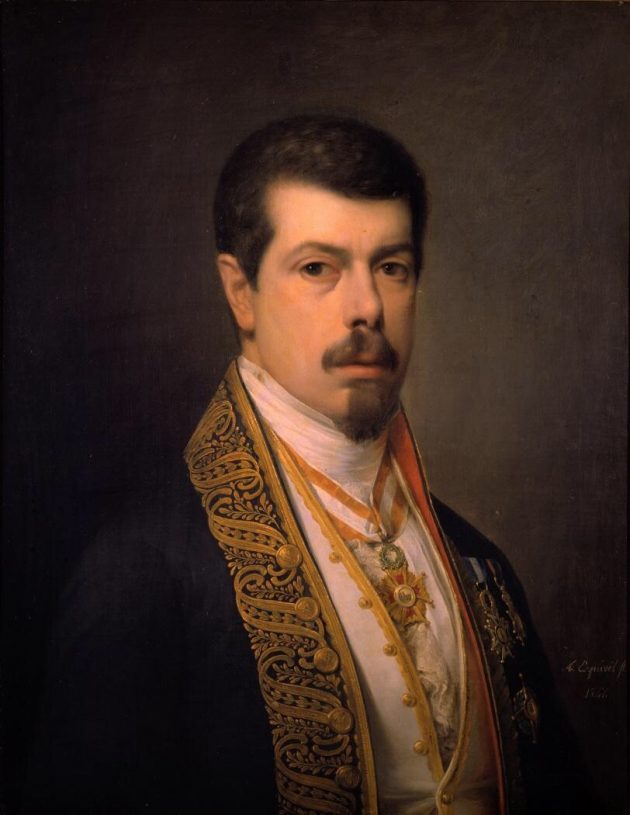 The painting pictured above, according to Wikipedia, is a self-portrait of and by a 19th century Spanish artist named Antonio María Esquivel. Per other accounts, though, Esquivel didn’t create the picture — it was one of the many works by a much more famous Spanish artist, Francisco Goya, who is known most often simply as Goya.

Those reports are probably wrong — when Goya died in 1828, Esquivel was a barely 22-year-old nobody; and if you look closely, you’ll see that Esquivel signed the work. But it didn’t really matter, because when two Catalan brothers bought the painting above in 2003 for €270,000, they were convinced that they were getting a legit Goya. They weren’t.

it gets worse: they weren’t even getting a legit Esquivel.

The brothers thought they were buying the picture above, but… well, they bought the painting below instead. (For the time being, ignore the piles of money. We’ll get there.) The paintings have some pretty obvious differences, at least when viewed at the same time, but we can forgive the two brothers for not noticing at first.

Ultimately, though, the brothers figured out that they were the victim of a ruse, and did early enough where they were able to get out of the deal with only a €20,000 loss (the deposit they put down). They were allowed to retain the painting as part of the now-aborted deal, too. It was likely worthless, of course — unless you can find another sucker who thinks it’s a real Goya. And that is exactly what the brothers did next. 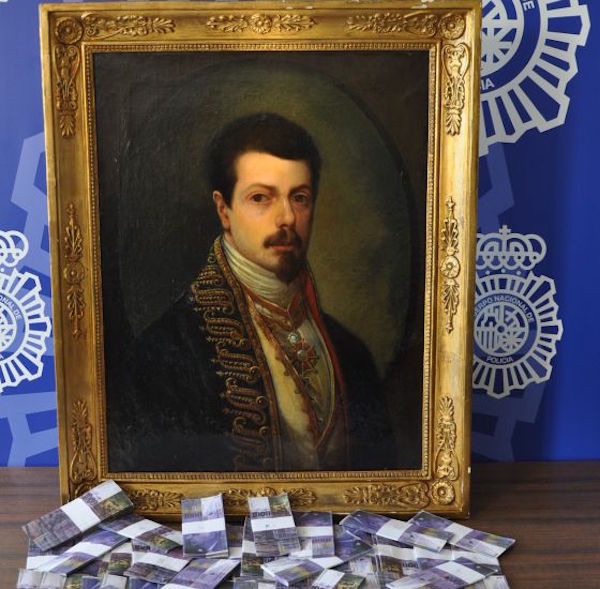 It’s not so easy to sell an expensive piece of legitimate art, let alone one with dubious credentials and being sold by someone without much of a reputation in the art dealing world. Even in the best of cases, you need to find someone with a lot of money, and that can be hard to do. But thankfully for the brothers, they were somehow put in contact with a character that the Independent called “a mysterious Italian middleman.” And not having the value of hindsight, they didn’t see the inherent dangers of working with someone who would later be described as a mysterious middleman.

The middleman’s contact on the other end was an Arab sheikh, awash in more money than he could ever spend on practical items. But a one-of-a-kind painting by Goya, well, that sounded like a good thing to buy. The sheikh agreed to a price of €4 million, payable in equivalent Swiss francs, and over a few installments. The only catch was that the middleman demanded a €300,000 premium from the sellers the day before the first payment came due — he, apparently, wasn’t being paid by the sheikh (or perhaps was playing both sides). Regardless, the brothers borrowed €300,000 from a friend, and, the next day, traveled to Turin, Italy, to collect the first payment for the painting. According to ArtNet, the middleman delivered the first payment — the equivalent €1.5 million, in the form of 1.7 million Swiss francs — as promised. It looked like the sheikh was out a lot of money.

But he wasn’t. The brothers left Italy and went to Geneva, Switzerland, to deposit their newfound riches — only to find out that the Swiss francs weren’t legal tender. They were photocopies. The image above, with the counterfeit painting? The money pictured is counterfeit, too. The sheikh had paid for the fake Goya with fake cash.

The brothers left Geneva with their fake money and traveled to France, where customs officials found the counterfeit currency and notified Spanish authorities. The two brothers were later arrested in Spain for fraud (they were trying to sell a fake Goya, after all). Oh, and the middleman (and sheikh, if he existed) absconded with the €300,000.