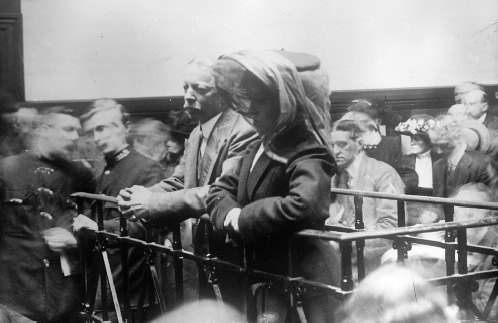 The Strange Disappearance Of Belle Elmore

Belle Elmore was the stage name of aspiring opera singer Cora Crippen, unhappy wife of homeopathic Dr. Hawley Crippen. Sadly, her greatest fame was not achieved on the stage, but posthumously because of the bizarre circumstances surrounding her death. Despite her popularity in London’s theatrical community, the Crippens did little together but quarrel, often publically. After a dispute at a party they’d thrown on January 31st, 1910, she went missing.

Her husband insisted Cora had gone to California. But her friend, professional strongwoman Kate Williams, suspected foul play and went to Scotland Yard. Suspicion grew as Dr. Crippen invited his secretary, the pretty young Ethel Neave, to move in, and she began wearing Cora’s jewelry and mink coat. When Scotland Yard turned up to his home to investigate, he was gone. But the coppers discovered a dismembered torso in his cellar, and the chase was on! Crippen and a cross-dressing Neave were spotted on a ship headed to Canada, and quickly caught upon their arrival. 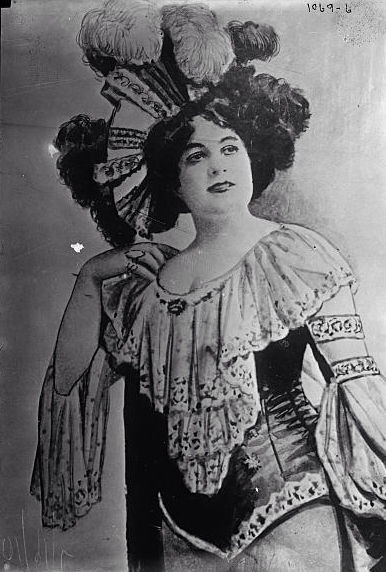 Crippen’s story is most often remember for being the first where a telegraph communication–in this case from a boat captain to Scotland Yard–was used to collar a criminal. Nonetheless, there’s something deeply creepy about a man who’d murder his wife, wrap his lover in her clothes and happily live in their home until suspicion loomed too large. By all accounts, Crippen was not a bold man. He was typically described as mild-mannered, especially in contrast to his big and brassy wife.

But clearly there was something sinister in his soul, inspiring him to poison his wife, hide the body, and effectively recast her with his doting assistant. Given the right screenwriter–say Peter Morgan–this intimate tale of betrayal and murder could be made into a harrowing domestic thriller for the ages.