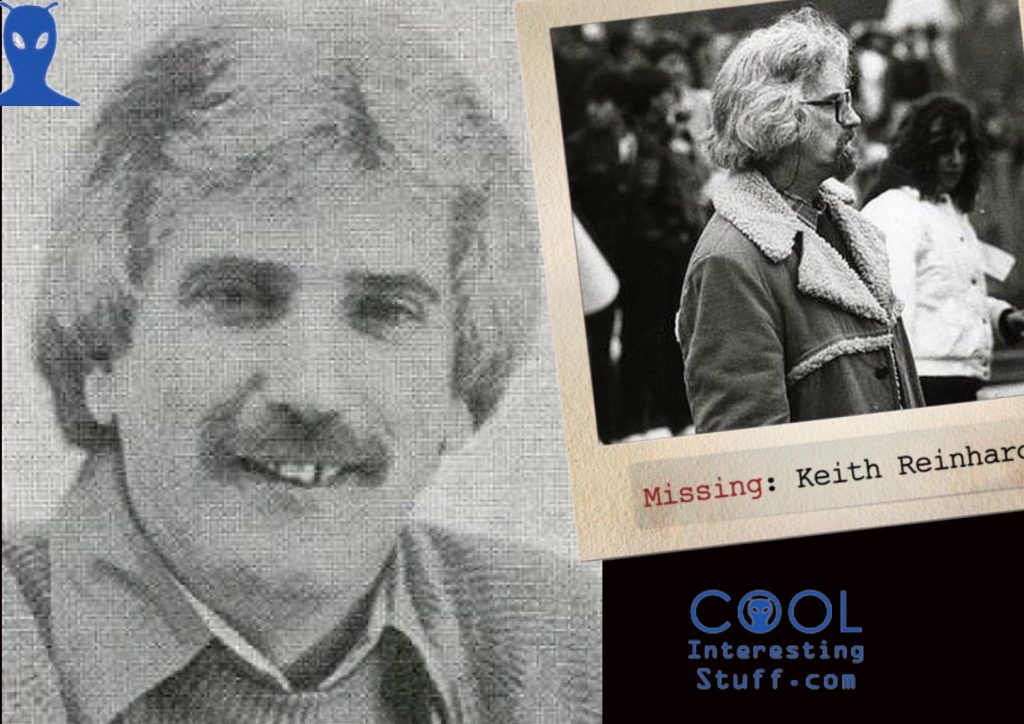 The tiny village of Silver Plume, Colorado–population 200–lies in the heart of the Rocky Mountains. On September 7, 1987, Tom Young closed up his bookshop on Main Street, and along with his dog, Gus, disappeared. Nine months later, a new resident of Silver Plume, Keith Reinhard, opened an antique shop at exactly the same location. On August 7, 1988, Keith closed up his shop for the day. Less than two hours later, Keith Reinhard also disappeared. There were just too many coincidences. Keith Reinhard and Tom Young both rented the same store. They both left town promising to return. Strangest of all, Keith was writing a book about Tom’s disappearance, when he too suddenly vanished.

Keith Reinhart moved to Silver Plume from Chicago with three goals: to get in shape by mountain climbing, to overcome his fear of heights, and to begin writing a novel. During his sabbatical, Keith wanted to try running an antique shop geared toward summer tourists. If it was successful, he hoped he and his wife could relocate there permanently. Keith’s old friend, Ted Parker, ran a café in Silver Plume at the time of Keith’s disappearance:

“Keith Reinhard and I grew up across the street from one another. And we’d known each other about 40 years. I would say that our relationship was similar to that of brothers. Keith was apprehensive and excited about turning 50. He was here to finish out the last of his 40s in the way that he dreamed of.”

Nine months earlier, Keith’s antique shop had been a bookstore. Tom Young, the man who mysteriously disappeared with his dog, had run the store for about a year. Tom had told people he was taking a vacation to Europe. Three weeks went by before anyone became suspicious about his absence. Keith Reinhard became obsessed by the unexplained disappearance and began talking to everyone in Silver Plume who had known Tom. Eventually, Keith decided to base his novel on Tom Young. When he began to write, he created a character named Guy Gypsum, a composite of himself and Tom. According to his daughter, Tiffany, sometimes it seemed hard for Keith to tell the difference between fact and fiction:

“Writers like to live the story they’re writing about, get a feel of it so it’s easier for them to write about it. Maybe my father, it’s always possible, wanted to feel what it’s like to disappear so he could write about it.”

On July 31, 1988, ten months after Tom Young disappeared, two hunters found the remains of Tom and his dog in the mountains near Silver Plume. Each had died from a bullet wound to the head. Dave Dauenhaur of the Clear Creek County Sheriff’s Department, was one of the first investigators to arrive on the scene:

“They were up there exploring some territory for the bow hunting season which was coming up and they found his remains. Also found at the scene was a revolver. In subsequent investigation, we found out that Tom had purchased a gun, approximately four days before he was last known to be in Silver Plume. The Tom Young case is closed and it has been ruled a suicide, both by the coroner’s office and by the Clear Creek County Sheriff’s Department.”

Keith was writing a novel about Tom.

One week after Tom’s body was found, Keith walked through Silver Plume telling everyone he saw that he was going to climb to the top of nearby Pendleton Mountain. One of his stops was Ted Parker’s café:

“He was in the café and told me he was going to make it to the top of the mountain. If I don’t come back, call on the rescue and he said that in jest, I felt. I have this picture of him pointing to the mountain and saying goodbye. That was the last time I saw him.”

Keith was last seen walking toward Pendleton Mountain at 4:30 in the afternoon, far too late in the day to begin a difficult six-hour hike. That night, Keith Reinhard did not return..The next day, helicopters were called to search the mountain. On the ground, more than 125 men and a dozen trained dogs combed the difficult terrain for seven days.

“The Reinhard search was like looking for the proverbial needle in a haystack. This haystack is 3,000 vertical feet of 60 degree slope. This was about as difficult a search terrain as we cover. We were at a real disadvantage because Keith went into the mountains wearing no more than blue jeans and a flannel shirt and tennis shoes. He had no backpack. He had no equipment. A typical subject of a search will leave lots of clues for us to trace. Keith didn’t leave many clues. He didn’t have many with him to leave behind.”

Both men owned a shop at the same location

In thirty years of operation, the Colorado Alpine Rescue Teams had found every single person they searched for. However, they discovered no trace of Keith Reinhard. Some have concluded that Keith Reinhard and Tom Young were murdered, noting that both men rented the same space to run their shops. Perhaps, they both came across information someone didn’t want them to know.

Another theory is that Keith planned his own disappearance. However, Carolyn Reinhard disagreed with that theory:

“I don’t think that Keith would be the type of person to walk away from his whole entire life and leave it behind him. He loved the people in his life. He loved keeping in touch with them. And I don’t think he could’ve left them all behind him.”

Some of Keith Reinhard’s friends recall that he was fascinated by the idea of visiting West Virginia. Also, Keith attended a party the night before he disappeared. Witnesses say he spent a good deal of time talking to a woman named Greta or Gretchen, who is probably from Denver. Police would like to talk to her. They hope she can remember something he said that would yield a clue to his whereabouts, if indeed he is still alive.