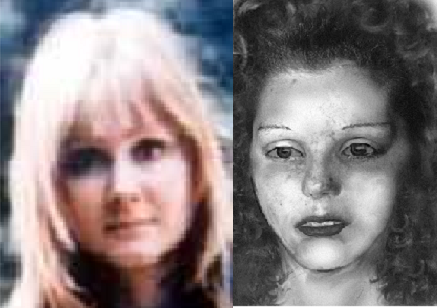 Do people really just vanish without a trace? The case of Patricia Meehan is an interesting mystery!

On April 20, 1989, on a dark country road near Circle, Montana, a woman driving on the wrong side of the road almost hit a car head-on. Another driver, Carol Heitz, witnessed the near miss, and then was hit by the same car. Carol emerged from the wreckage dazed, but not seriously injured. Then a woman appeared out of the darkness. Carol realized it was the woman who hit her:

The driver of the first car, Peggy Bueller, returned to help and saw the silent woman:

“As I looked out across the accident, I noticed someone on the other side of the fence, standing there like a spectator, not like it had happened to her.”

The silent woman walked away from the accident scene and vanished into the night. Police traced the car to its owner, 38-year-old Patricia Meehan, and began to search for her. Over the next five days, they looked on land and from the air, but found no trace of Patricia. 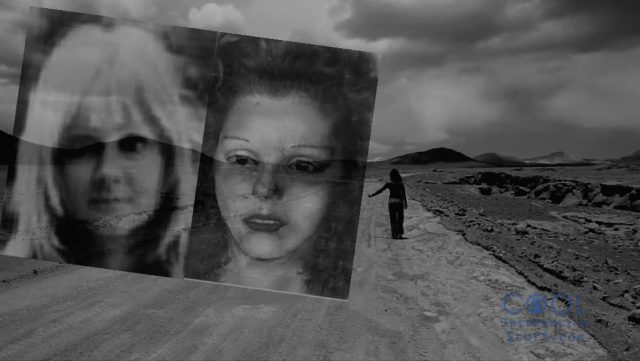 There were two theories as to how Patricia left the area. She may have stowed away on a hay truck that was seen about half a mile from the accident. Or, she simply hitched a ride.

At least one hundred people have reported seeing Patricia Meehan since she vanished. Patricia has made no attempt to contact her family or friends. Authorities believe she may be suffering from amnesia.

Just before the accident, those who knew her well, including her mother, Dolly Meehan, noticed that Patricia seemed depressed and withdrawn:

“She was, I guess, taking in her own life, what had she accomplished. I think she missed having children because I think she realized she really loved them.”

After Patricia disappeared, her family found a roll of undeveloped film still in her camera. It contained a haunting self-portrait. Psychologist Don La Plante speculated on Patricia’s mental health:

“It appears that Patricia was experiencing a very difficult time in her life and was involved in a rather dramatic accident, which may have involved a head injury. The combination of these factors may have caused amnesia. She does not know who she is, has lost memories of the past, and is out searching for herself throughout the country.”

Patricia was spotted dozens of times between Montana and Seattle, mainly at truck stops. But in every case, she had hitchhiked out of the area by the time authorities arrived.

Waitress Barb Ruff confirmed one sighting of Patricia in Bozeman, Montana, in May of 1989, just a few miles from her home:

“Patty came in the door and wanted to be sat quickly and served quickly. She told me, ‘I’m in a hurry.’ And I said, ‘Well, we do breakfast in 10 minutes. You’ll be out very quickly.’ And then I said to her, ‘You must have to be back to work at nine?’ It was about 8:30. She said, ‘No, I’m just going shopping.’ I couldn’t understand why it was so important for her to be there right at 9 o’clock to go shopping. She was in such a huge hurry.”

“What stood out in my mind was that she seemed really disorientated, and really spacey. I heard her talking to herself. She sat at that table for an hour and a half more just looking out the window, watching people walk by. That’s when I walked up to her and asked her, ‘You okay?’ I was wondering if there was anything I could do, because she seemed so lost. I felt like she didn’t know where she was or who she was.”

Although years have passed with no word from Patricia, her father and the rest of her family still hold out hope that she may one day find her way home:

“More than anything else in the world, I want her back with us. And we would then know that she was safe. Not knowing who she is taking a ride from, that’s my biggest worry. I just pray day in and day out that she’s with some good people.”