What really happened to Rebecca Coriam?

This is an unsolved mystery in a surreal setting. Rebecca Coriam was 24 and working aboard the Disney Wonder cruise ship when one day she simply disappeared. She was caught on security camera having an early-morning phone conversation, and one of her slippers was found on deck, but other than that she seemed to have vanished without a trace.

The case remains under investigation, and her whereabouts since the phone conversation have not been established. Her parents have been critical of Disney’s handling of the investigation, believing the company knows more than it claims to and has been more interested in avoiding unfavourable publicity than cooperating with investigators. In early 2013, they indicated they would sue Disney in an American court; two years later they settled out of court.

Coriam returned to the Wonder and her duties as a youth worker. She maintained contact with her family via Facebook and Skype. Six weeks later, on 21 March 2011, the day the ship pulled out of Los Angeles, she sent what would be her last message to her parents via Facebook, saying she would call the next day.

Her mother grew concerned when, following her reply, 12 hours went by without a response. As she and her husband were going to bed that night, 22 March, the phone rang. It was not Rebecca but an official with Disney, saying that the Coriams’ daughter was missing.

At 9 am Pacific Daylight Time that morning on the Wonder, off the coast of Mexico bound for Puerto Vallarta and Cabo San Lucas, Rebecca had missed the start of her shift. She was not in her room or anywhere else on the ship, and did not respond to pages over the ship’s public address system. A review of security camera footage found one appearance of her, timestamped 5:45 am, An early, unverified account, purportedly from another crew member, claimed she had gone overboard at 3 am, nearly three hours earlier. 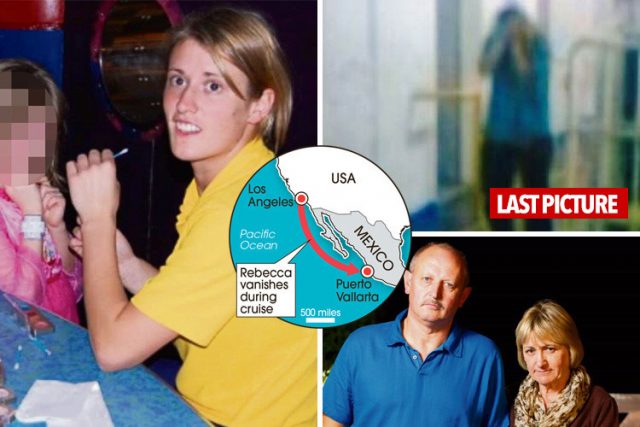 In the video, Rebecca is talking on one of the ship’s internal phones in a crew area. She appears distraught. A young man walks up to her and appears to ask if everything is all right. Her mouth can clearly be read to be saying “Yeah, fine”, after which she hangs up. She then walks away, pushing her hair back and putting her hands in her back pockets, mannerisms her parents say were common for her. The sequence is the last known sighting of her.

The search and investigation

The crew searched the ship but found no sign of her. Ships of the U.S. Coast Guard and Mexican Navy searched the international waters through which the Wonder had been sailing during the hours in which Coriam could have gone overboard, if that was what had occurred. They, too, found nothing.

Since the Wonder is registered in the Bahamas, a detective from the Royal Bahamas Police Force (RBPF) flew to the ship to begin a formal investigation once it had returned to Los Angeles, three days after the disappearance. He was reported to have undertaken “several days of onboard investigations”.

Mike and Annmaria Coriam, Rebecca’s parents, were flown out from England to meet the ship when it returned. They met the Bahamian detective and said he told them he had spent only one day on board investigating before flying back home. The detective also told them that he had interviewed only a few crew members, and none of the passengers. The Coriams claimed Disney kept them in a car with blacked-out windows and brought them on board via a little-used side entrance after all the passengers had disembarked. The Wonder’s captain gave his condolences and expressed his theory that Rebecca had been washed overboard by a wave while at the crew pool, a theory the Coriams doubted due to the high walls around it. After that, they were taken to a meeting with Disney executives and the woman Rebecca had been speaking to on the phone. 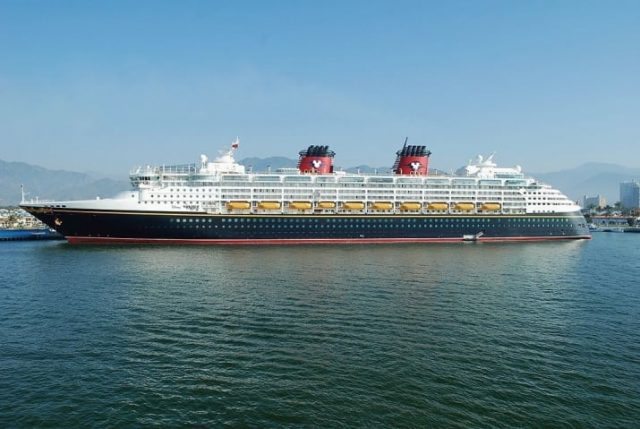 They were both tired and suffering from jet lag, and therefore did not ask many questions. Mike Coriam believed they would have another chance to do so later, but they never did. Afterwards, they were taken to Rebecca’s room and presented with her belongings.

On the day before the first anniversary of her disappearance, her father received an email from a woman who claimed she had seen Rebecca with a dark-haired man on the street in Venice the previous August. The woman said she was “85% sure” it was Rebecca, and seeing the family’s website had roused her memory. “It was just an email but it seemed legitimate,” said her uncle. “It was very upsetting for everyone to think she could be out there somewhere after all this time.” He wondered how she could have got there without her passport, which had been among the belongings her parents had recovered from her quarters.

Since Coriam was not found on the ship despite a thorough search, investigators concluded that she went overboard, possibly as a result of a rogue wave. The Coriams and their lawyer say they never received a copy of the final report as they were promised by the Bahamanian police; British detectives who did receive it have refused repeated Freedom of Information Act requests for a copy on the grounds that it contains restricted personal information