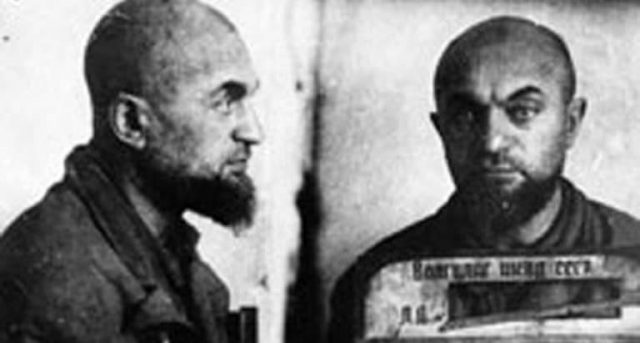 To say Henrik Ludvig is one of the greatest minds most of us have never heard of is perhaps an understatement. Ludvig was highly educated and very much a free-thinker. He could speak and translate over twenty ancient and modern languages. In many ways, he was very much ahead of his time, and certainly out of synch with the backward and mentally stifling Soviet regime.

He would be imprisoned on charges of “spying for the Vatican” – charges which lay in a trip he had made to Vatican City decades previously while a student of architecture. However, in 2011, it would come to light that although the charges of spying were abhorrently false, some of the work conducted there was far from architecture.

For reasons unknown, but likely due to his “encyclopedic memory” of esoteric knowledge and language, he was given access to the Vatican library and its wealth of ancient documents. What Ludvig would claim he discovered – years before such writers as Erich Von Daniken made similar claims – was that extraterrestrials had visited the Earth thousands of years ago in deep antiquity. Furthermore, they had direct influence with such civilizations as the Ancient Egyptians, the Mayans, and the Mesopotamians.

He also spoke of the use of nuclear weapons to destroy an ancient civilization, as well as describing the Pyramids as “energy machines”. It is perhaps interesting to note that in recent decades, many researchers have arrived at the same conclusions. It is perhaps truly tragic, that one of the greatest minds of the twentieth century was denied the chance to develop as it should through the suppression of political ideology.

In the late-1920s and early-1930s came reports of numerous sightings in and around Lake Vedlozero near Shuknavolok. In November 1928, a strange object “emitting flames” appeared to crash into the frozen-over lake, cracking the thick ice, and sinking below. Further reports over the following years in the area would speak of “strange creature with thin arms and legs” roaming around the banks of the lake. In 1932, a black cloud came down over the village, remaining for some time. When it finally left, a bizarre “gel-like” substance was on the ground which some would bottle believing it would contain healing powers. Incidentally, even today residents of the small village have significant problems with television and radio signals.

A crashed UFO on the Island of Zelyony near Rostov-on-Don was recovered by Soviet troops and taken to a secret base in Rostov in June 1941. From there it would arrive at Kapustin Yar – a base similar to such American facilities as Wright-Patterson Air Force Base or even Area 51.

Six years later in the summer of 1947 was the bizarre experience of A.R. Bodnya, a shepherd in northern Kazakhstan. According to his report, an object screamed out of the sky and crash-landed in a field nearby. Four humanoid creatures would emerge from the wreckage and made “telepathic communication” with Bodnya. They would claim to be from Alpha Centauri and would leave after repairing their craft, which they duly did.

As sightings increased into the 1950s, with several Russian pilots having vanished while attempting to intercept such crafts, a top-secret committee would examine and control the information of the reports. It would also study any wreckage of these mysterious crafts they managed to recover.