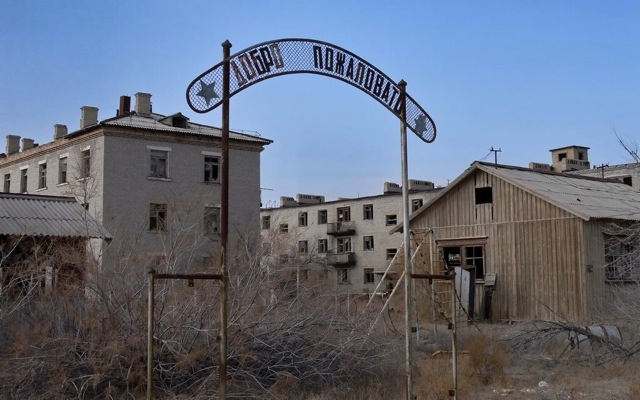 Kantubek was a town on Vozrozhdeniya Island in the Aral Sea. The town is still found on maps, but is uninhabited, and lies in ruins today.

This shabby collection of long-abandoned buildings in the desert is called Kantubek, located in Uzbekistan, what was once the USSR. From the Google Earth photo you can tell it’s obviously a ghost town now, but years ago this was a village of 1,500 people on the shores of Vozrozhdeniya Island in the Aral Sea. Like Kantubek itself, Vozrozhdeniya Island no longer exists. A combination of overzealous water diversion for hydroelectric projects and the ravages of man-made climate change (anthropogenic global warming) have shrunk the Aral Sea to little more than a large salty puddle in the middle of a blasted desert that resembles Tattooine, the home planet of Luke Skywalker in the Star Wars movies.

If it had just been destroyed by global warming, the story of Kantubek would be sad enough. But the Soviet government used this place for testing biological weapons. This was, at one time, the world’s largest dumping ground for anthrax spores. A U.S.-led cleanup expedition in 2002 spent millions to try to make Kantubek a little less of a menace. Horrific biological weapons experiments were going on here as far back as the 1930s.

It’s unclear exactly when Kantubek was abandoned, but my guess is that no one has lived here since the Soviet era. Given its history this town must be lethally hot with environmental diseases, not just anthrax but probably cancer and other afflictions. No one in their right mind would want to live here. Now global warming has completed its destruction, as there is no fresh water. The ruins of Kantubek will probably continue to decay over the decades until there’s little left but a few pieces of rusty metal sticking out of the sand. 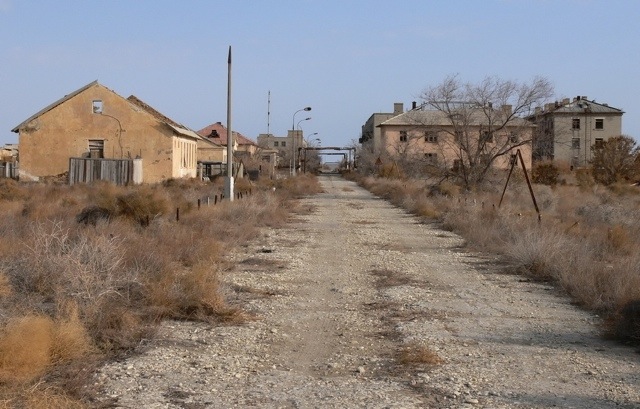 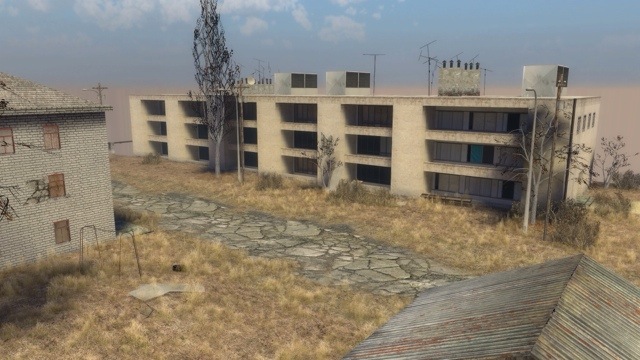 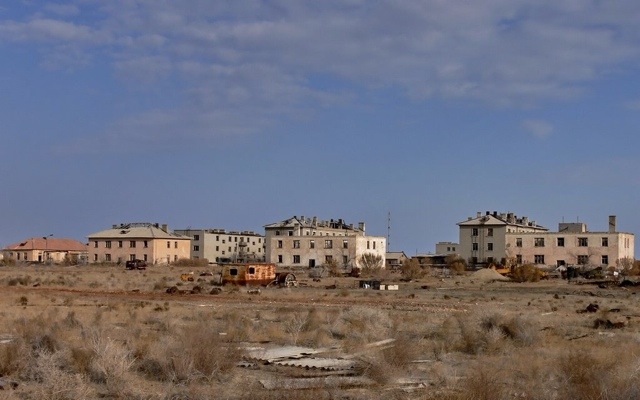 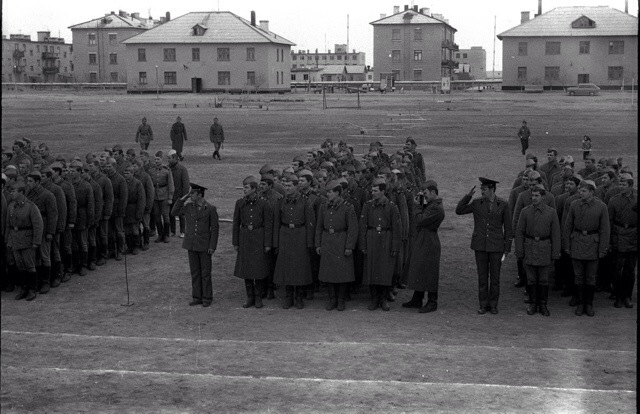 The town when occupied by USSR troops