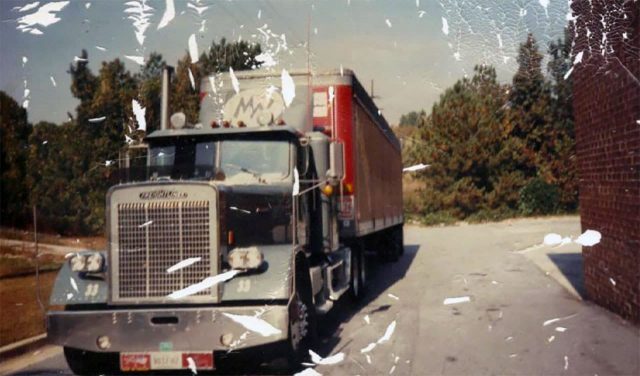 In September 1979, long haul truck driver, Harry Turner, awoke with a start in his truck in a parking lot. The only problem was, he had no memory of the journey he had taken.

He sat thinking deeply when he noticed his handgun beside him – as were the empty shells of all eight rounds. That sparked his mind and suddenly the episode came flooding back into his brain.

He had been travelling on the highway from Winchester to Fredericksburg, Virginia. Alone on the road, a strange bright light rapidly came towards his truck. The next thing it seemed that the truck had become enveloped in the strange white light. The steering now no longer under the wheel’s control, Turner sat in his seat, contemplating his next move.

The door to the truck cabin suddenly flew open, and an unpleasant but strong sensation pressed against Turner’s shoulder. As if someone – or something – was pushing and holding him in place in his seat. At this point, he raised his handgun, and fired all eight rounds housed in it. The pressing on his shoulder let up. By this time, consumed by fear and confusion, he lost consciousness.

The next thing he knew, he awoke in the warehouse parking lot. His wristwatch stated it was just after 11pm. However a clock on the warehouse wall declared the time to be 3am. Examination of his truck would yield interesting finds also. Despite having just completed an eighty mile trip, his clock only registered that he had travelled seventeen of those.

Following the incident, Turner began to have stranger and more fascinating experiences. As he lay in his bed one night staring at the ceiling, he suddenly realised he was looking through it. He could see the night sky and the stars that filled it.

Perhaps a little more frightening, when he looked at his wife one evening as she slept beside him, he could see her skeleton and internal organs. It was as if her skin were translucent, or as if he had “X-Ray” vision.

Turner became convinced that this ability was somehow connected to the experience on the highway. What’s more as time went on, further memories of the ordeal would come back to him. For reasons he had no explanation for, he became aware of a star system by the name of Alpha Centuri. Other abductees have made similar “announcements” of this part of the universe.

His captors dressed in white, very much like doctors. Even more bizarre, was that they appeared to have numbers written on their heads. Convinced he and his truck had entered an inter-dimension portal, he would refer them as “Ultra-Terrestrials” when speaking.

Ultimately however, Turner became increasingly withdrawn, suffering from strange behaviour, and suicidal thoughts. Animals also sometimes acted very bizarrely when he would approach them. At one point, in pursuit of one of the creatures, he became the focal point of a cross-state police chase. He has believed to have since passed away.

There is very little else written about Turner. Some investigators find this strange, particularly given his brash public claims. Combined with the fact that he is a former Navy serviceman, more than an eyebrow or two will raise at the possibility of government involvement to one level or another.