Home The Future, Time Travel The strange machine that receives messages from the future
UNEXPLAINED MYSTERIES 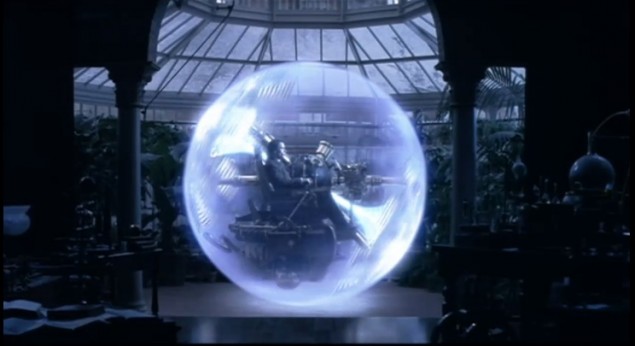 That’s exactly the kind of machine University of Connecticut physics professor Ronald Mallett has in mind.

For years Mallett kept his time travel research a secret. He told the Hartford Courant that his father’s death in 1955 from a heart attack and reading the H.G. Wells’ novel “The Time Machine” first inspired him to study time travel. As a child he wanted to go back in time and save his dad.

While he’s said that kind of physical time travel isn’t possible, Mallett does think he could build a time machine that can receive messages from our descendants — children who aren’t born yet. Future generations could use Mallett’s machine to get in touch, which means as soon as we plugged in the machine, we could get a message.

Strangely, the more you read about the man’s ideas, the less crazy they sound.

Riffing on Einstein’s work and the U.S. Naval Observatory’s flying clocks experiment, Mallett theorizes that light can alter time. “By using a circulating beam of laser light, I have been able to mathematically show that this can lead to a twisting of space and time,” he told Langley. A stream of neutron spins could transmit binary code back to the past.

The caveats: Messages would only go one way into the past. And they couldn’t be sent to any time before the machine exists.

Mallett estimated that his design for a machine that would use lasers to twist time would cost around $250,000 to build. Other physicists including Ken Olum at Tufts and Columbia University’s Brian Greene have been rightly skeptical.