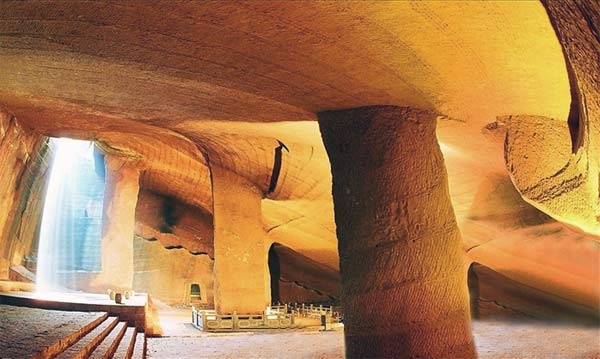 The mysteries of the Longyou Caves

Discovered in the 1990’s – Located near the village of Shiyan Beicun in Zhejiang province, China, lies the Longyou caves – an extensive, magnificent and rare ancient underground world considered in China as ‘the ninth wonder of the ancient world’.

What’s strange about this discovery is not only the immense size – but no record existed of its creation, no one has a clear idea how it was made – why it was made, or who made them.

What’s even weirder is the fact that it is unclear how the unknown builders managed such precise precision.

On June 9, 1992, a villager named Wu Anai made an incredible discovery, he accidentally unveiled a mysterious long-hidden cave on Phoenix Hil, near the village of Shiyan Beicun on the Lan River in Longyou County, Quzhou prefecture, Zhejiang province, China. Upon investigation, it turned out that this cave was one in a network of 36 hidden chambers in the area. The caves were carved in siltstone, a homogeneous medium-hard rock, and are thought to date to a period before the creation of the Qin Dynasty in 212 BCE, about 2,000 years ago. 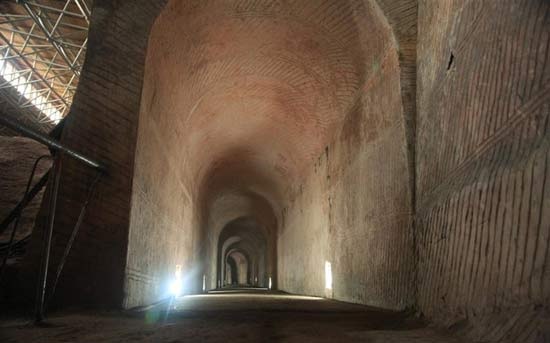 The floor of the grotto occupies more than 2,000 square meters, with the tallest point of the cave exceeding 30 meters. The four steles of cave 1 are symmetrically distributed. Despite their size and the effort involved in creating them, so far no trace of their construction or even their existence has been located in the historic record.

The scale of the Longyou Grottoes is magnificent and momentous, the design was delicate and scientific, the construction was sophisticated, and the precision is indicative of superior craftsmanship. The model, pattern and style of each cave is extremely similar. Every grotto is like a grand hall. One side is steep and another side is 45% inclined. The four walls are straight; the edges and corners are clearly demarcated. The chiselling marks are uniform and precise. 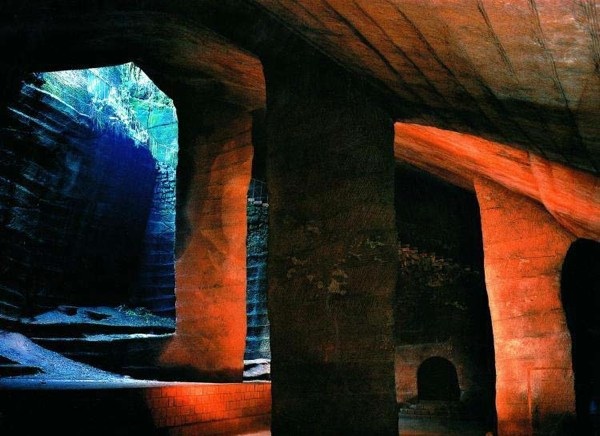 No documents whatsoever have been discovered that record the construction or purpose of the Longyou Caves, although the excavation would have been an immense, government-contracted project involving the movement of well over 900,000 cubic meters of rock.

This is especially odd considering the ancient Chinese were meticulous record-keepers.

The rough estimation of the workload involved in this is awe-inspiring.

Taking into account the average digging rate per day per person, scientists have calculated that it would take 1,000 people working day and night for six years to complete.