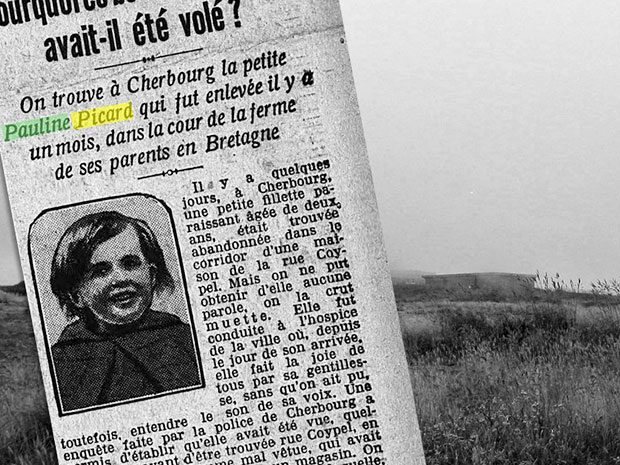 Sometimes strange events sound like they could have been plucked straight out of the plot from a movie, but fact can often be much stranger than fiction. And that’s just the case with the incident of Pauline Picard, a young French girl who went missing in 1922 right off her family’s farm in Brittany, France. The story got stranger and stranger as events unfolded and it was in fact her potential recovery that turned the entire investigation and search completely on its head.

Pauline Picard was two years old in April 1922 when she went missing from her family home in Goas Al Ludu, France. A thorough search was conducted by local police and volunteers that amounted no results. Many believed she had been kidnapped by a local caravan of gypsies and ferried off without a trace. The situation seemed bleak when, a few weeks later, word came that a young girl matching Pauline’s description had been found wandering alone in Cherbourg, over 300 miles away from where Pauline had originally been reported missing.

Her mother identified her via a photograph and the police officer who found her was satisfied it was the same girl. The mystery of how a toddler could find herself several hundred miles away from home was brushed aside in the wake of relief of her safe return. The parents traveled to retrieve their daughter but the blissful reunion was not without its oddities. The girl was very distant with her apparent parents.

Even more baffling, she did not respond when spoken to in her native Breton dialect. Her overjoyed parents chalked it up to trauma and returned to Goas Al Ludu with their now recovered daughter and all seemed set right. In fact, newspapers across France and even as far as the New York Times reported the strange, but the miraculous return of the missing child.

However, just weeks after returning home, the Picards began to suspect the girl was not actually their daughter. During this period, another local farmer, Yves Martin, asked the parent’s point blank if they thought the girl was truly their daughter before exclaiming “God help me, I am guilty” and running off. The man was committed to an asylum and never heard from again. And then a discovery was made that turned the Picards’ world upside down once more. 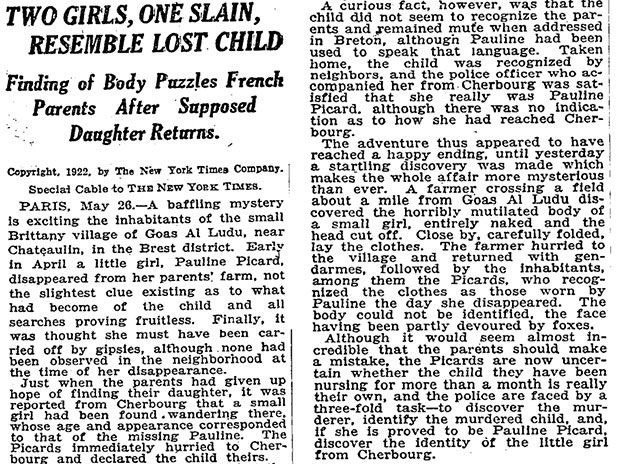 A neighboring farmer was walking across the Picard farm when he found something truly disturbing: the body of a very young girl, decapitated, brutally disfigured, and naked with a skull nearby. The man went to the police who went to investigate the site along with the Picards. The body was damaged and decaying past the point of identification but Pauline’s mother noted the clothes found nearby matched the outfit Pauline had been wearing the day she vanished. Stranger still, the location where the remains had been found had already been searched during the initial canvassing of the area which led investigators to believe the body had had only recently been moved there.

Things became even more bizarre when the autopsy on the skull found near the body was found it was too large to have belonged to the young girl they’d discovered. In fact, the skull didn’t even belong to a woman; it was the skull of an unidentified full-grown male. This opened the case even wider, now there were two victims with a kidnapper and potential murderer still on the loose somewhere in the area. 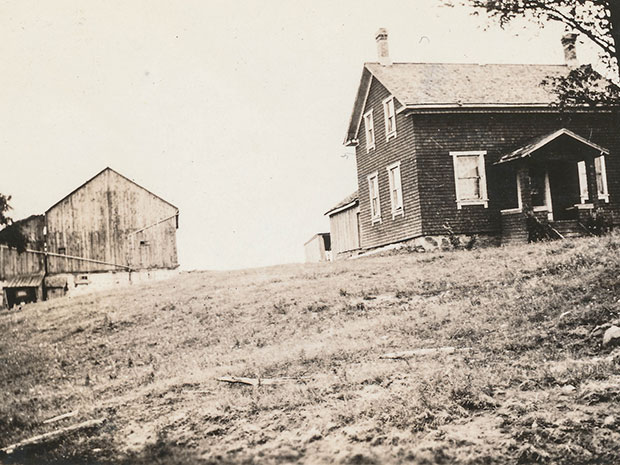 Ultimately, and tragically, no conclusion could be reached in the case that seemed to have a never-ending list of questions. Was the hysterical man who questioned Pauline parents her killer? Did he kill the man to whom the skull belonged? Or did the skull belong to Pauline’s killer? Who then were the parents of the girl from Cherbourg and how could the Picards have so grossly misidentified her? Sadly, no answers could be found. In fact, even with the Picard’s identification of her clothes there was still have no proof that the body found on their property was actually Pauline’s. The young girl from Cherbourg was sent back to be put in an orphanage and the Picards spent the rest of their days with the mystery of their daughter’s fate.

It is possible that answers lie in the strange emotions of grief and mourning. After all, Mrs. Picard could have very well simply wished too hard that the Cherbourg girl was her daughter and found herself willing to ignore the obvious holes in that theory. Our crazed local man, Yves Martin, is still considered the prime suspect by many, though his ultimate fate after entering the asylum was never known. As for the most mysterious part of this? The skull was never identified and no missing men were postulated as possible identities. This is not the only time in history that mistaken identity and an apparent amnesia of native language has baffled the public: Anna Anderson, ironically during that same year in 1922, was identified as the missing Grand Duchess Anastasia, despite apparent language barriers, to controversial opinions and an ultimate public refusal of the woman’s claims.

Today most accept at this point the body located on the property was Pauline’s, the identity of the owner of the disembodied head remains a mystery. And as for the strange doppleganger from Cherbourg? She too has been lost to the pages of history.