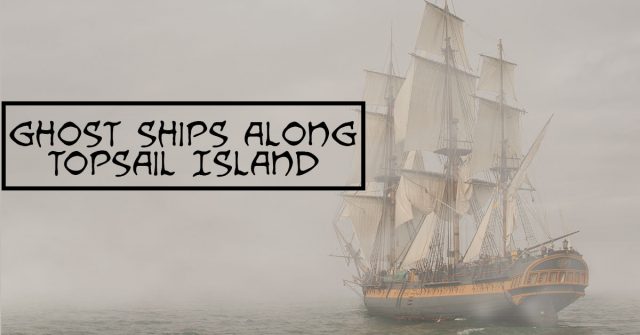 Blackbeard the Pirate aka Edward Teach aka Edward Thatch aka Edward Drummond was a larger-than-life menace that sailed coastal Carolina and is said to have spent some time in and around Topsail Island itself. While talk of his piratical escapades spans all along the Eastern Seaboard, Blackbeard and his crew of pirates terrorized sailors on the Atlantic Ocean and Caribbean Sea from 1716 through 1718. His best known vessel was the Queen Anne’s Revenge, which is believed to have run aground near the Beaufort Inlet in North Carolina in 1718.

Blackbeard is said to have met his match when he encountered Lieutenant Robert Maynard of the Royal Navy in Ocracoke. It ended badly for the pirate with his head swinging from the bow of Maynard’s sloop. Maynard searched for Blackbeard’s treasure but found only supplies and letters. When Blackbeard died, the secret of his treasure died, too. Or did it?

Some say that Blackbeard gifted Topsail Island with his greatest possession: his buried treasure. There’s some talk around these parts that in Topsail Beach there is a supposed bottomless hole, which the locals call the Gold Hole. Topsail legend has it that in the mid-1900s, a team of treasure hunters came to Topsail from up north and identified that hole as the hiding place for Blackbeard’s treasure. They spent many weeks in the Gold Hole working into the late hours of the night. But one morning, they were gone without warning. Disappeared. Vanished. It’s as if they had never been on Topsail Island. Some say the Gold Hole is no longer, as the treasure of Blackbeard was found and left on that summer night. But who really knows?

Next time you’re in Topsail Beach, you might want to ask around and see if anyone knows anything about this local legend. It wouldn’t hurt to do a little digging around yourself to see what you might find.

Blackbeard wasn’t the only pirate to sail the seas near Topsail Island. In the Golden Age of Piracy, popular belief has it that pirates used to hide in the channel between the island and the mainland waiting for merchant ships loaded with goods to pass. The pirates would attack the ships and claim the cargo as their own. Eventually the merchants became aware of the hiding place and began looking for the topsail, which was supposedly the only part of the pirate ship that could be seen by the passing victim. Sound familiar? That’s because Topsail Island’s very own moniker is said to be derived from its nefarious history of topsails lurking in the waters.

Some here on Topsail say if you are boating with your radar on at the southernmost part of the island, you may notice a blip on your radar screen indicating a presence sitting just inside the inlet. You may look back and not see anything there. But as you cruise by, the blip begins to move slowly out of the inlet, coming into the ocean and following right behind you. Tracking your every move. Quickly gaining speed on you. It sounds reminiscent of ol’ Blackbeard himself and what he did well over 300 years ago, doesn’t it? Watch your back, mateys!