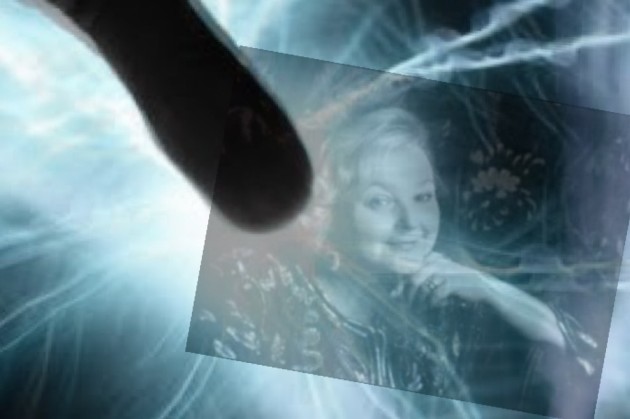 The Stockport, Manchester (England) mother’s ordeal began in 1980. Following an argument with her first husband, Ron, Jacqueline shouted, “I hope you break your neck!” Unfortunately, that’s exactly what happened. After Ron sped away from the house on his scooter, he was involved in an accident resulting in spine and neck fractures. After a month in the hospital, he died, leaving Jacqueline devastated by guilt.

Not long afterward, a lightbulb in Jacqueline’s bathroom exploded. Her arm was cut by flying glass. She put the cause down to a faulty bulb. When her vacuum cleaner kept burning out—a repairman could find no cause—and another lightbulb exploded, she became convinced her home was haunted by the ghost of her dead husband.

Moving house didn’t help. Electrical appliances continued to go haywire in her presence. The stove and vacuum cleaners she bought kept burning out. The television changed channels on its own or the picture distorted. The radio switched channels without being touched too. She also received and delivered severe electrical shocks. Some grocery stores and appliance shops attempted to ban her. After she married her second husband, an electrician, the strange and frightening phenomena continued to occur.

The depressed woman, who suffered headaches and fainting spells, contemplated suicide. Psychic mediums and investigators failed to find a cause. Once, a visiting reporter accused Jacqueline of fraud, making her so angry, the vacuum cleaner burst into flames.

At last, a visiting professor provided the key to Jacqueline’s dilemma: both he and her second husband, Paul, believed she suffered from an extreme build-up of static electricity—more than 10 times the normal amount—in her body. By sticking to a special diet and daily program which included walking around the house holding onions to discharge the surplus electricity, Jacqueline’s problem gradually diminished. However, in 1985, her fourth child (a daughter) was born and immediately began exhibiting signs of taking after her mother by giving the midwife a static shock.

What was the cause of Jacqueline’s condition, sometimes called High Voltage Syndrome? Why did her symptoms begin after the death of her first husband? The answers to these questions will probably never be known for sure.