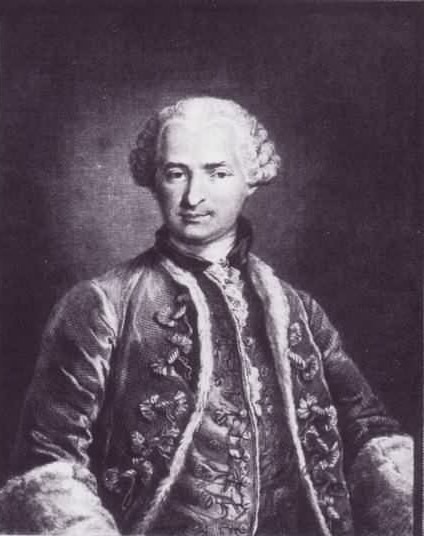 Is it possible for a person to live forever? That is what some people are claiming about a historical figure known as Count de Saint-Germain. His origins are still unclear. Some records date his birth to the late 1600s, although some believe that his longevity reaches back to the time of Christ. He has appeared many times throughout history – even as recently as the 1970s – always appearing to be about 45 years old.

He was known by many of the most famous figures of European history, including Casanova, Madame de Pampadour, Voltaire, King Louis XV, Catherine the Great, Anton Mesmer, George Washington and others. He has also been linked to a number of occult movements and conspiracy theories.

Who was this mysterious man? Are the stories of his immortality mere legend and folklore? Or is it possible that he really did discover the secret of eternal life?

The date of birth for Saint German is unknown, although most accounts say he was born in the 1690s. A genealogy compiled by Annie Besant for her co-authored book, The Comte De St. Germain: The Secret of Kings, asserts that he was born the son of Francis Racoczi II, Prince of Transylvania in 1690. What we do know for certain is that he was an accomplished alchemist, which means he could turn heaps of metal into pure gold.

If that wasn’t a neat enough trick already, the count also claimed to have discovered the secret of eternal life! Between 1740 and 1780 Saint-Germain, who was quite a celebrity in those days, traveled extensively throughout Europe – and in all that time never seemed to age.

Those who met him were astonished by his many abilities and peculiarities like:

He was an accomplished painter.

Wherever he traveled, he set up an elaborate laboratory, presumably for his alchemy work.

He seemed to be a man of great wealth, but was not known to have any bank accounts. (If it was due to his ability to transmute base metals into gold, he never performed the feat for observers.)

He dined often with friends because he enjoyed their company, but was rarely seen to eat food in public. He subsisted, it was said, on a diet of oatmeal.

He prescribed recipes for the removal of facial wrinkles and for dyeing hair.

He loved jewels, and much of his clothing – including his shoes – were studded with them.

He had perfected a technique for painting jewels.

He claimed to be able to fuse several small diamonds into one large one. He also said he could make pearls grow to incredible sizes.

He has been linked to several secret societies, including the Rosicrucians, Freemasons, Society of Asiatic Brothers, the Knights of Light, the Illuminati and Order of the Templars.

Sightings after his official death!

Officially Saint Germain died in 1784, but of course dying equals having a bad day, when your called the “immortal count”. He would continue to be seen throughout the 19th century and into the 20th century!

In 1785 he was seen in Germany with Anton Mesmer, the pioneer hypnotist. (Some claim that it was Saint-Germain who gave Mesmer the basic ideas for hypnotism and personal magnetism.)
Official records of Freemasonry show that they chose Saint-Germain as their representative for a convention in 1785.

After the taking of the Bastille in the French Revolution in 1789, the Comtesse d’Adhémar said she had a lengthy conversation with Count de Saint-Germain. He allegedly told her of France’s immediate future, as if he knew what was to come. In 1821, she wrote: “I have seen Saint-Germain again, each time to my amazement. I saw him when the queen [Antoinette] was murdered, on the 18th of Brumaire, on the day following the death of the Duke d’Enghien, in January, 1815, and on the eve of the murder of the Duke de Berry.” The last time she saw him was in 1820 – and each time he looked to be a man no older than his mid-40s.

Voltaire, the 18th century philosopher, perhaps best summed up the Count of St. Germain:
this is “a man who never dies, and who knows everything.”

Whether that’s true or not, only history knows.

Comte de Saint-Germain & Richard Chanfray, the main who claimed to be the Count in the 1970s. Chanfray appeared on television with his claim and supposedly changed lead into gold. Chanfray committed suicide in Saint Tropez in 1983, but now claims have been made that no body was discovered, just a suicide note ! 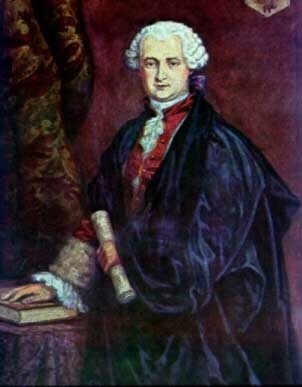