Home Paranormal The strange mystery of the Danube, and the Grey Town noises!
UNEXPLAINED MYSTERIES 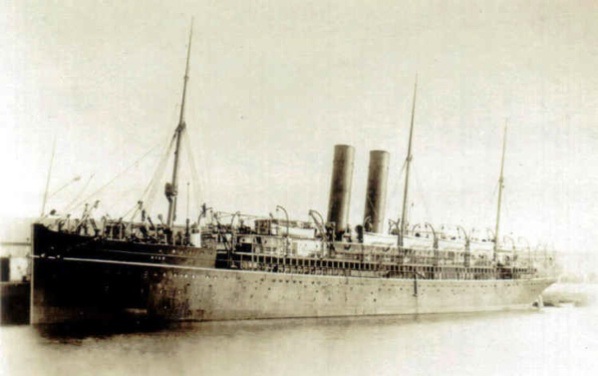 In March 1867, passengers and crew including Captain Reeks aboard the Royal Mail steamer Danube were startled to hear strange, baffling noises at sea while the ship was anchored near Greytown (also known as San Juan de Nicaragua) off the coast of Nicaragua in the Caribbean Sea. Similar noises were heard at other times by sailors aboard steamships in the same area.

Captain Charles Dennehy of the Shannon was one who spoke about his experience in a letter to Nature magazine.

The phenomenon appeared to occur only in iron hulled vessels, not ships with wooden hulls and only at night, though not every night—heavy swells were seen to prevent the freakish occurrence. The noise was described as a loud, high pitched, metallic, monotonous vibration traveling through the ship’s metal hull.

One witness likened the sound to an Aeolian harp and observed the iron plates resonating. The sound could last for several hours before suddenly ceasing. No one on shore reported hearing anything unusual.Captain Dennehy said the sound had a distinct ¾ time signature like a waltz that turned his ship’s hull into a “great musical sounding board.”

According to the unflappable captain, the source couldn’t be determined by listeners as it appeared to be everywhere outside the ship and could also be heard clearly in various places around the vessel. Following letters posted in Nature and Field magazines by witnesses, speculation ranged from schools of Sciaenidae (a type of fish known for its “drumming”), sharks, alligators, turtles, manatees, currents changed by the silting in the harbor, sea quakes, gas escaping underwater, a previously undiscovered form of electricity, or even a new type of mesmerism.

The riddle of the Grey Town noises may never be solved—we can find no mention of it after 1871—but weird noises at sea have been reported in other locations around the world right up to modern times.