On April 18, 1976, approximately 150 nautical miles from the southwest coast of Ireland, the crew of a Spanish fishing trawler, the Eduardo Pondal, spotted an object floating in the water. As the crew approached, they saw that it was a small sailing boat. The vessel was floating vertically, its bow completely submerged. After hoisting the boat onto the trawler’s deck, the Pondal’s crew conducted a search of its cabin. Amongst spoiled cans of food and nautical equipment, they found four forms of identification: a passport, driver’s license, health insurance card, and a University of California, Irvine ID. The boat was named Ocean Wave, and it belonged to the conceptual artist Bas Jan Ader. Based on the barnacles attached to the boat’s hull, the captain of the Pondal, Don Manual Castineira Alfeirán, concluded that the Ocean Wave was adrift for around six months. Ader’s body was never recovered.

Ader had set sail from Chatham, Massachusetts, 10 months earlier on July 9, 1975. His departure was documented by his wife, Mary Sue Ader Andersen, who photographed Ader on board the Ocean Wave as it was towed out from the harbor. Ader’s destination was Falmouth, England. From there, he was to travel to the Groninger Museum in the Netherlands for an exhibition of his work. The artist conceived of his journey, which was estimated to take anywhere between two to three months, as part of an artwork titled “In Search of the Miraculous.” Had he succeeded, the Ocean Wave would have been the smallest boat to cross the Atlantic. Ader took a camera and several notebooks with him — none of which were recovered. A number of questions arose in the wake of the artist’s disappearance. What happened to him? Was he really dead or had he staged his disappearance? Did he commit suicide, and if so, had that been his intention the entire time? These questions became more pointed due to the artistic nature of Ader’s journey. The resulting narrative was impossible to resist. He was the artist who had died for his art.

In May 1976, a little over a month after the discovery of the Ocean Wave, the editors of Avalanche art magazine, Liza Béar and Willoughby Sharp, published a transcript of a phone interview with Andersen in the summer issue of 1976, in which they repeatedly probed the nature of Ader’s intentions. 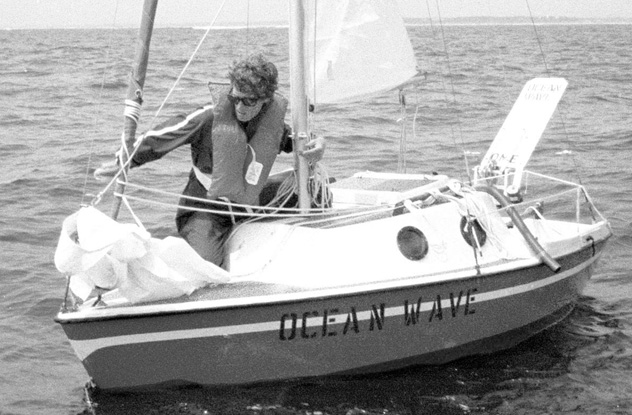 The final exchange, which is also the most quoted part of the interview, encapsulates the reactions to his disappearance:

Mary Sue Ader [Andersen]: I heard a lot of his students were so incapable of living with the reality of it that they were fantasizing all kinds of situations …

Mary Sue Ader [Andersen]: Uhhuh. They had rumors going for months that he was alive and well.

Willoughby Sharp: There was no sense of him wanting that kind of thing or thinking ……

Willoughby Sharp: ….. this was the ultimate piece and er …. committing suicide.

Mary Sue Ader [Andersen]: No. I’m absolutely convinced that was nowhere in his consciousness. We talked about it, and he assured me repeatedly these were not his intentions.

Such mysterious circumstances, of course, bred suspicion. Maybe Ader hadn’t drowned, but survived and began a new life for himself with an alternate identity. Maybe he committed suicide

Ghost Ship – What Happened to the Crew of the Casie Nicole?

Ghost Ship – The strange mystery of the København