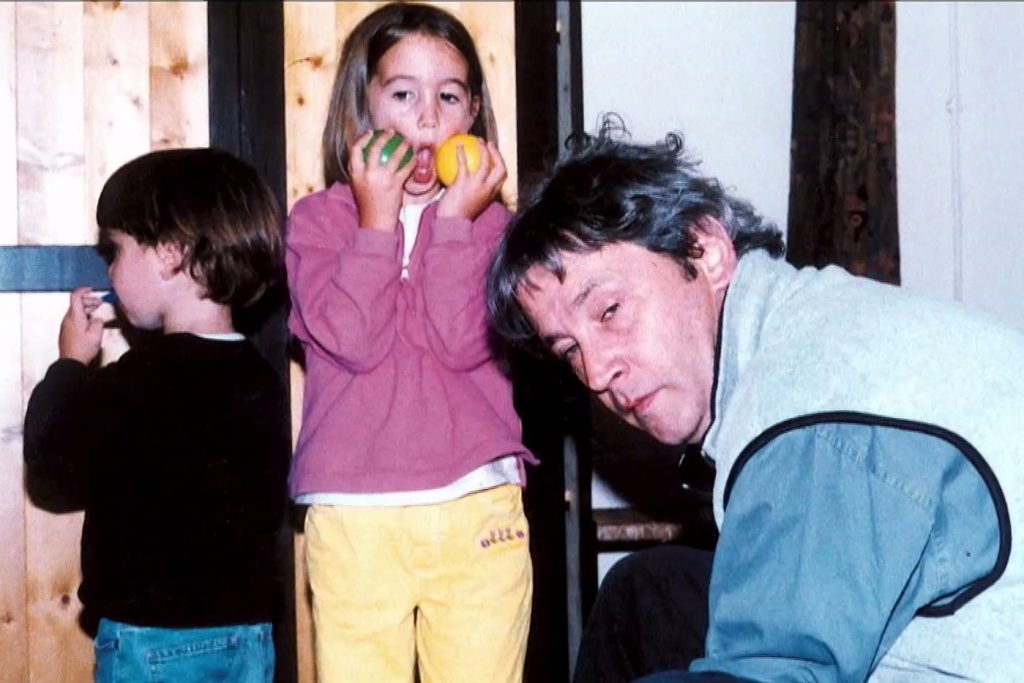 On September 1, 1999, Dr. Yves Godard left his Caen, France, home and rented a yacht with his six-year-old daughter Camille, and his four-year-old son Marius. None of them have ever been seen since.

August 30, 1999 was the last day Dr. Yves Godard spent caring for his patients. He cleared his schedule for the following day before quitting his practice for the final time.

He spent August 31 taking his young children Marius (4) and Camille (6) to a nearby fishing hole.

On September 1, he packed his two children into his Volkswagen camper and drove them to the port town of Saint-Malo.

Before leaving, he stopped to chat to his neighbour Bernadette Chasles. He told Bernadette the family was going away for a few days and asked her to keep an eye on his cats. But he didn’t give her the keys to his house. Bernadette recalled seeing the children in the Volkswagen but not his wife, Marie-France.

In Saint-Malo, Dr. Godard had rented a boat. He left his camper in the marina parking lot, packed his kids in the 40-foot yacht called Nick, and told the owner he would be back on September 5. Then he put to sea.

The following day, September 2, Nick was stopped by French customs, who were doing a routine inspection. The customs officers noted that one of the kids was asleep on the deck. Dr. Godard told them his other child and wife were both asleep below deck as well.

One of the inspectors felt Godard’s demeanor was somehow unusual and decided to check his story with Nick‘s owner back in Saint-Malo. But everything checked out.

Over the course of the next three days, Nick was seen by witnesses along the coast of Brittany. No one had the faintest idea anyone was missing until The Askara found the dinghy with Dr. Godard’s check book on September 5.

By September 7, the Godards still had yet to return to the Saint-Malo marina with Nick, so police searched the VW camper. Inside, they found cleaning fluids and cloths that Yves had purchased in port but left in his car. More worryingly, they found large traces of blood and morphine.

That sinister discovery prompted a search of the Godard home near Caen the following day. Police found traces of blood in the living room, bathroom, and master bedroom. What they didn’t find was Marie-France, whom no one had seen for 9 days at that point.

In that time, the case of the Godard family had escalated from a missing dinghy to a probable homicide.

On 16 September, eleven days after the dinghy was discovered, amateur sailors off the coast of the Channel Islands of Guernsey and Aurigny discovered a life jacket belonging to the Nick.

A week later, on 23 September, the inflatable survival raft of Godard’s boat was recovered half-deflated on a beach at Lyme Bay in Dorset, England. Unusually, the raft’s canvas canopy had been cut off and was missing.

Although French investigators were leaning towards the theory that Godard had murdered his wife and then fled, these latest discoveries brought chaos into the investigation. According to experts at the French Naval Hydro-graphic and Oceanographic Service, it was impossible for these items to have been found at these locations as a result of ocean currents alone: they had to have been scattered deliberately.

Furthermore, the dinghy’s emergency inflation device had been detached. According to the manufacturer, the dinghy could only have remained inflated for 72 hours after this device was removed.

On 16 January 2000, four months after the disappearance of the Godard family, a canvas bag came up in a fisherman’s trawling net off the coast of the Île de Batz.

It contained numerous personal effects belonging to all the members of the family: clothes, driving licences, insurance documents, cheque books, the entire contents of Marie-France Godard’s handbag, binoculars and a hammer.

On 6 June 2000, a sea-shell harvester’s boat cast its nets along the bed of Saint-Brieuc Bay, off the coast of Erquy. In the middle of the night, the dredger brought up a fragment of a human skull, which the fisherman threw back into the water. Four hours later, another skull came up, which the fisherman kept. DNA analysis revealed that it was the skull of Camille, Godard’s daughter.

Scientific analysts at IFREMER concluded that the skull had been at its location since at least February 2000.

This seemed to corroborate the theory that the Nick somehow sank, claiming the lives of its three passengers. The area in which Camille’s skull was found – which is close to where the Nick was inspected by customs officers on 2 September 1999 – was scoured by a mine hunter and the French Navy, but no trace of the boat was found.

The investigation took on a new dimension when Godard’s business card was found on Sunday 11 February 2001 by a walker on a beach on the Ébihans archipelago, off the coast of Saint-Jacut-de-la-Mer.

On 22 February, a bank card bearing Godard’s name was found on the same beach by a resident of Saint-Jacut. Then, on 24 May, walkers found a credit card, again on the same beach. Investigators searched the beach thoroughly and the examining magistrate ordered a minesweeper to survey the seabed around the archipelago, but again no traces of the Nick were found. On 3 June, another credit card was found off the beach by a diver. These events led the investigators to believe that Godard stopped off at this beach and emptied the contents of his wallet there. Further searches were carried out at the beach, including by a tractor being used to sieve through the sand, but no more of Godard or his family’s personal effects were found.

However, on 31 July, a fifth credit card was found on the beach. All these cards were analysed at a forensic laboratory, whose experts determined that they had not been in the water for long before being discovered, and had therefore not been thrown into the water in September 1999. It is likely that they were discarded one by one into the water in early 2001. Investigators and the lawyer of Marie-France Godard’s family believe that it was the work of an accomplice who wanted to make it look like the deaths of Yves Godard and his children were accidental.

A briefcase believed to belong to Godard was found on 8 August 2003 in Saint-Brieuc Bay. However, investigators have never confirmed its authenticity, and it is likely that it was a hoax.

On 13 September 2006, bones – a femur and a tibia – belonging to Godard were found on the seabed of Hurd’s Deep, 70 kilometres (43.5 miles) north of Roscoff.  The French Navy minehunter L’Aigle (‘The Eagle’) was dispatched to the area to try to find a trace of the sailing boat, without success. Confirmation of Godard’s death brought about an end to much public interest in the case, but the mystery of the disappearance of his wife – whose body has never been found – and the deaths of Godard and Camille, as well as the very likely death of Marius, remain unsolved: it was either an accident; a murder-suicide perpetrated by Yves Godard, or a family annihilation carried out by a third party with Yves Godard’s death made to look like suicide.

Therefore, the court file was not immediately closed. On 14 December 2008, a plastic insurance card belonging to Godard was found in perfect condition on the beach at Chapelle, which caused investigators to renew their efforts in the case.[

In February 2018, a child’s skull was found at a beach in Plérin, sparking speculation that it might belong to Marius.