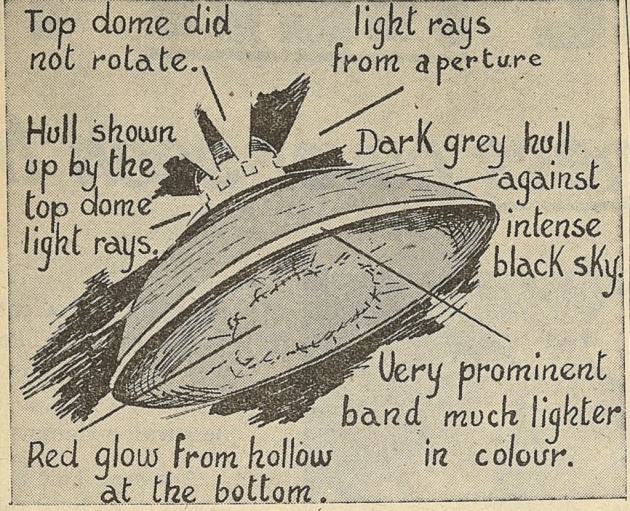 Just months after Queen Elizabeth’s coronation in 1953, the Eastern Evening News front page carried a story about a visit from an Unidentified Flying Object which might have travelled to Earth through its own corona.

On October 8, the EEN reported that Frank Potter had spotted something unusual in the sky over his home on South Park Avenue in Norwich.

Training his telescope on the craft, he followed the saucer-shaped object as it sped across the sky, noting: “rays or beams of light could be seen distinctly from the dome and attached directly beneath it was a much larger and flattened dome with a protruding band running in a circumference around its edge.

“The underneath of the large flattened bottom dome was hollow and appeared to be glowing red, but there were no vapour trails or gases to be seen.”

The article prompted several other star-gazers to come forward to say they too had spotted something to suggest that we are not alone.

Mr Potter also revealed that a further seven members of the Norwich Astronomical Society, to which he belonged, had also seen the saucer.

Leonard G Cramp, vice-president of the British UFO Research Association, included the Norwich sighting in his 1954 book Space, Gravity and The Flying Saucer, a highly technical examination of the technology necessary to build a flying saucer.

Excerpts from Cramp’s book – including Mr Potter’s testimony – can be found online in the Central Intelligence Agency’s declassified documents library.

The truth is out there…somewhere above South Park Avenue.