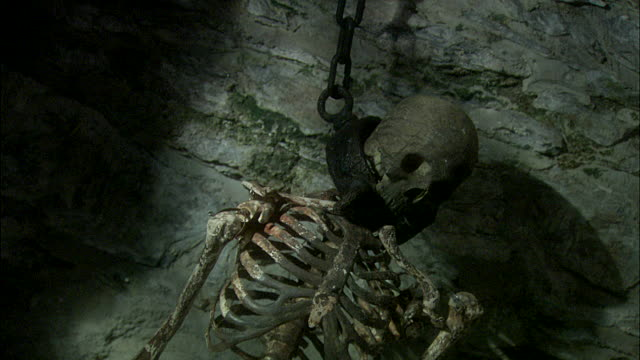 The strange house in Athens

Roman senator Pliny the Younger, who died in A.D. 113, told a ghost tale so haunting that it survives to this day. “There was at Athens a large and roomy house, which had a bad name, so that no one could live there. In the dead of the night, a noise — resembling the clashing of iron — was frequently heard, which, if you listened more attentively, sounded like the rattling of chains,” disturbances that led to the appearance of a specter “form of an old man, of extremely emaciated and squalid appearance, with a long beard and dishevelled, hair, rattling the chains on his feet and hands.”

Needless to say, the house was abandoned and had to be rented out for a cheap price. When a philosopher named Athenodorus heard the story, he reportedly rented the house and confronted the ghost. The ghost appeared, and rattled around before vanishing. Athenodorus calmly marked the spot where the ghost vanished and, in the morning, ordered that the spot be dug up, the story goes.

“This was accordingly done, and the skeleton of a man in chains was found there, for the body, having lain a considerable time in the ground was putrefied and mouldered away from the (chains). ” After being given a proper burial, the ghost departed, and the house was haunted no more, according to Pliny’s tale.