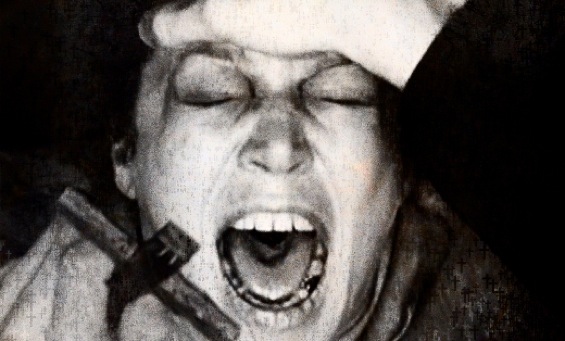 Surprisingly enough, the story of Anna Ecklund is not an easy one to come by, especially since it is considered the most famous exorcism story in the United States. There are different, varying accounts to the whole thing, and very few books have been published about it. One of these books, however, is entitled Begone Satan!, and was written by Father Carl Vogl approximately 80 years ago or so. It was translated into English by Rev. Celestine Kapsner, and published in approximately 1973.

Anna’s story is not a simple one. It has been briefly mentioned in multiple “dictionaries” or “encyclopedias” dealing with the demonic. I will post all of the entries I have been able to find at the end of this article, for further reading if you so choose, but basically, the story goes something like this:

To start it off, very much like the case of Annaliese Michael, Anna was possessed by multiple diabolical entities, however, there were also additional entities which resided within her which were at one time human, namely the spirit of her father, Jacob Ecklund, and her aunt (as well as her father’s mistress) Mina. Also similar to the Anneliese Michel case, Judas Iscariot was also one of the possessing spirits of Anna Ecklund. Anna was born in 1882, but by age 14, she had already begin to have severely strongly presented symptoms of possession, such as an intense aversion to anything holy or sacred, including blessed objects or images. Very much like Annliese Michel, she was unable to enter a Church because of some unseen force, and she had an almost obsessive interest in deprived and disturbing sexual acts.

Many people attribute this to the fact that they truly believe that Jacob was successful in his attempts of an incestuous relationship with his daughter, and these actions imprinted themselves upon her, but this cannot be proven. It is believed that by the time she was 26 years old, Anna had become completely and totally possessed.

The shocking thing here, at least to me, is that it was claimed that Father Theophilus Riesinger, a Capuchin monk from Wisconsin, had successfully completed an exorcism on June 18, 1912, but it was ultimately unsuccessful due to the fact that both her father Jacob, and her aunt/his mistress Mina had begun to place curses on Anna.

They would curse the spices in the food which was given to Anna, and around the community where they lived, while they were alive, it was whispered quietly that Mina was actually a practicing witch with knowledge of the Black Arts. During these alleged curses, the two of them actually called upon assistance from the devil so that Anna could specifically suffer the torment of being re-possessed again, because they knew that according to the Bible, if a demon is expelled, but for whatever reason allowed to return, he will return with “seven stronger than him”, and that case of possession will be significantly harder, almost impossible to successfully correct via exorcism.

A full two decades later, Father Theophilus begane the process again. This is actually where the book Begone Satan! opens, and you read about the verbal exchange between Father Theophilus and a friend of his, Father Joseph Steiger, who was a parish priest in the town where this possession is now known for, Earling, Iowa. 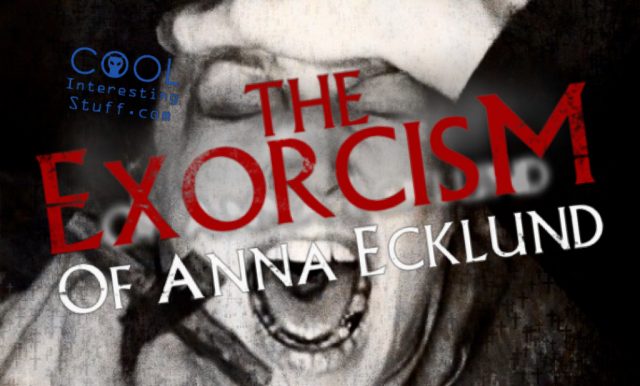 Father Theophilus had originally hoped that if he could remove Anna from her hometown and perform these rituals elsewhere, then it would be unknown and it could go on in complete discretion, but starting from the moment that the opening prayers were recited, this was proven to be anything but the case.

It was agreed upon that a nearby convent would be used, maintained by Franciscan nuns provided that the Mother Superior would sign off on it, which she did. Once Anna had been transported to this location, strange occurrences began almost instantly. Some of the nuns there had attempted to give Anna food, in which as was their custom, they had already blessed.

It was like magic, because from that day forward, if anyone had attempted to bless any of Anna’s food, she would know of it immediately and refuse to eat. She would hiss like a cat, and show great aversion to this food, and therefore only unblessed food was prepared for her.

Since all of this information can be read freely in the PDF eBook I uploaded above, I will not simply repeat this information all over again, what I will do is accentuate and expand on significant presented within the details of this case.

Additional: Many, many additional lesser demons.
Judas, it was revealed, was only there because it was his assignment to tempt Anna into committing the unforgivable act of suicide.

Unfortunately, due to his history, it is said that in the hierarchy of Hell, Judas Iscariot would be the equivalent to the “Patron Demon of Suicides”.

Jacob, the girl’s father, was condemned to Hell because he cursed his daughter to be defiled by demons because she would not commit incest with him. We do not know if he was successful, but once in Hell, the devil gladly allowed Jacob to continue his molestation of his daughter, despite the fact that he was no longer among the living.

Mina, Jacob’s mistress, was condemned to hell because she had lead a prolonged immoral life with Jacob while his wife was still alive. Also, she had committed a child murder. She killed four children in her lifetime. While this can not be confirmed, it is believed that these children were her own, and they were killed during the process of abortion, so I don’t know how much you want to believe that, but it is up to you, the reader.

Out of the entire group, it was claimed that both Mina and Judas were the worst offenders against the Blessed Sacrament, as they were constantly attempting to somehow destroy or defile it. To manipulate or mutilate it would represent everything they had attempted to do in life, and would be in league with the diabolical activity of attempting to taint anything Holy.

Some of the more intense paranormal phenomena that occurred during this 23 day long exorcism were:

Anna exhibited inhuman strength, required sometimes up to six “athletic” nuns to hold her down.

Anna levitated, completely off the ground, on more than one occasion.

Anna leapt from her bed in the ‘lying down’ position, ONTO the wall above the door, where she held on, and maintained her position of crouching, apparently defying gravity, while holding on to the side of a wall.

While Anna was unconscious, voices would talk, blaspheme, and verbally assault everyone present, but not through Anna’s mouth, they came from her throat, but her lips never moved.
She vomited, spit, drooled, urinated and defecated inhuman amounts/quantities of solids and fluids.

It was reported that Anna was urinating buckets worth of liquid, and this is at a time where she was not eating hardly anything at all daily.

She would vomit items such as tobacco leaves and other debris which resembled spices.

Her head physically elongated and swelled at certain times.

Her body also seemed as if it would expand to the point of severe bloating, to where it appeared that Anna was almost double her normal size, and then it would retract in size and return to normal.

Her lips reportedly on some occasions grew to the size of hands.

She exhibited signs of “possessed gravity”, to the point that while laying in bed she became so heavy that the bed sank and the iron bedframe was considerably bent.

She spoke many languages in which she did not know.

She displayed numerous instances in which she had hidden knowledge or knowledge of the unknown.

Anna would verbally assault the nuns present and the priests present by reciting sins they had committed in their childhoods.

She predicted that an almost fatal car accident would strike Father Steiger, and that it was a warning for him to walk away from the exorcism and to rescind his invitation to the priests.
There were inhuman and unbearable smells that would constantly assault the senses of all those present. Hordes of flies and mosquitos would suddenly manifest and then disappear just as quickly.

Most importantly, this is the only case of possession where the priests had a lucid, vivid, waking “vision” with his sixth sense during the exorcism. Without him stopping the exorcism, for the last half hour or so of the final exorcism, Father Theophilus physically saw both Lucifer and Beelzebub standing in the corner, confined there. The room was completely set aflame in this vision, and Lucifer, described as being extremely tall, with matted black fur on his lower, hooved body and wearing a crown was seething with rage at Father Theophilus because he was confined by God’s law to be unable to cause physical harm to a person. Beelzebub was also there, as his second-in-command, also seething in rage, but not quite as vocal.