Joseph Berger, a tailor by trade, made a living running swindles on the unsuspecting throughout northern California. The suave dandy used his good-looks, smooth-talking, and cunning intelligence to bilk the naïve out of their hard-earned money. With his oiled hair, pinstriped suit, and diamond cuff links, he looked the part of sophisticated entrepreneur. Of the innumerable cons he scored, his most clever involved a bizarre scheme known as “the money-making mill.”

A career criminal, Joseph Berger ran a pawn shop that he used as a front to move hot goods. When not hocking stolen merchandise, he made money by accusing customers of damaging a show case he doctored to collapse under the slightest pressure. When someone leaned against the case and it inevitably broke, Berger insisted on $2.50 to repair it.

He also took advantage of his wife, once raising a check she wrote from $80 to $800. In 1911, she had had enough and filed for a divorce, citing his criminal activity and the many nights he spent out on the town.

His petty cons morphed into a much bigger scheme that he perpetrated in 1913.

Berger and two accomplices claimed to have invented a “mill” to reproduce United States currency using banknote paper stolen from the government, but, they explained to their marks, they needed real money to feed into the replicating machine. Pure greed moved one San Francisco man—shop owner Paul Shainman—to give the con artists a whopping $8,300 in banknotes. Berger led unsuspecting shop owner to the Hotel Granada, where his two accomplices showed Shainman the magic money machine. “We can call become millionaires,” Berger boasted.

Shainman wanted to see the machine work. He gave Berger twenty $5 notes he had brought along, but Berger balked. “We can’t start this machine with small bills,” he said, and asked Shainman to come back the next day—Saturday—with larger-denomination banknotes. Blinded by the prospects of instant wealth, the naïve businessman returned with currency totaling $8,340 and told to come back on Monday.

When Shainman returned to the hotel on Monday, Berger announced triumphantly that Shainman had doubled his investment and handed him a bag containing $16,680. Grinning ear-to-ear, Shainman left the hotel suite without opening the bag. When he did finally open it the next day, he found reams of blank green paper.

Meanwhile, Berger moved his game to Stockton, where he lured mild-mannered housewife Fannie Grunsky, into withdrawing her life savings and mortgaging her house to procure $1,200 in banknotes. He told her that if she put her money into the “mill” overnight, she would double her investment. First, she had to soak the money in a lime-chloride solution.

The next day—Grunsky’s alleged payday—Berger disappeared, leaving only a bin of water-logged, blank green paper.

Realizing she had been duped and desperate to recoup her savings, Grunsky took the blank paper to her bank and claimed that Berger told her to soak the money in a lime-chloride solution that eroded the surface, leaving nothing but green paper. Upon examination, however, bank officials realized that the green paper was just that—worthless green paper.

Slick-Willie Berger received five years in San Quentin for “grand larceny by trick or device” for swindling Shaiman and an additional sentence of eight years for soaking Grunsky. Shaiman narrowly avoided a charge, since he planned on profiting from the illegal counterfeiting operation. The fact that it wasn’t a counterfeiting operation but a swindle saved him from serious legal trouble. 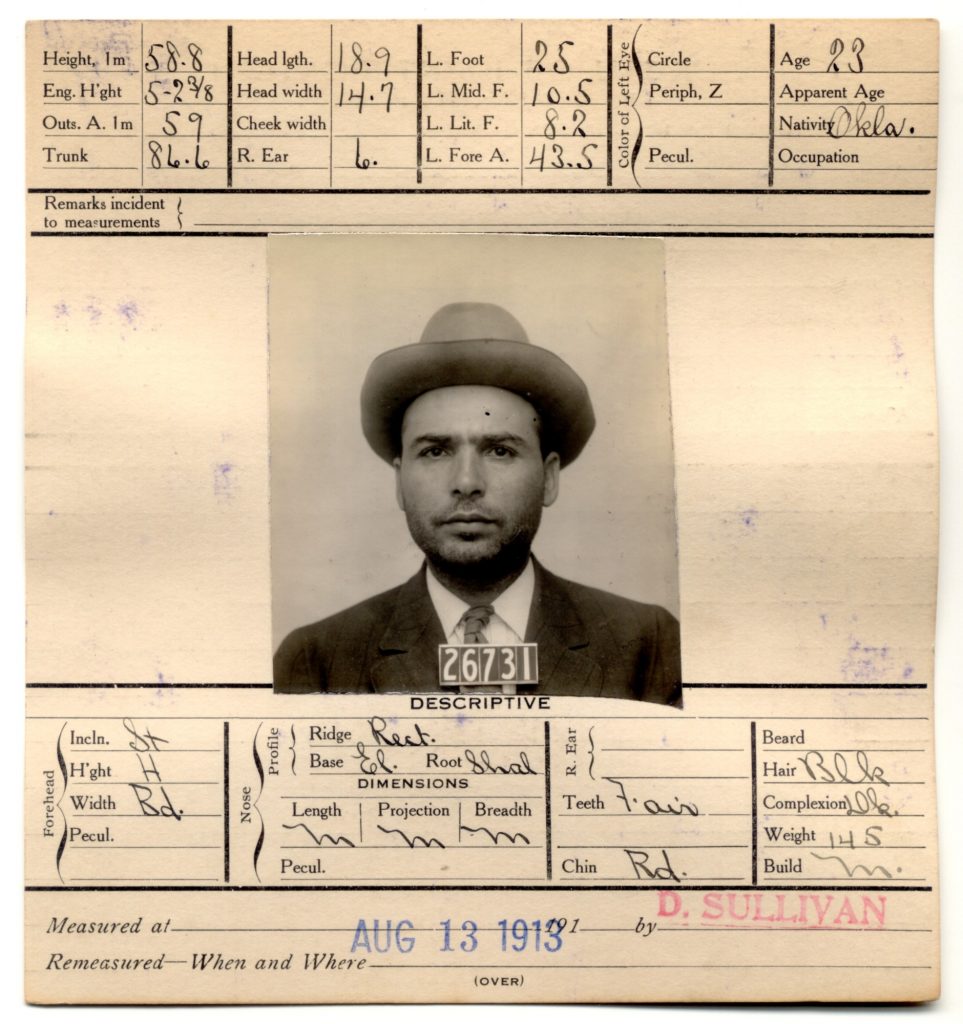 Berger’s sentence amounted to six years. Released in 1918, he returned to tailoring and ran a small operation with the help of an assistant named Mrs. Harwood. According to news reports, Mrs. Harwood left Mr. Harwood and moved into an apartment with her two daughters. In July, Mr. Harwood went to the apartment building and a fistfight erupted between the jilted husband and the tailor. The Los Angeles Times article did not state the cause of the fight but noted that Mr. Harwood’s wife “left him against his wishes.”

Berger couldn’t keep his nose clean and eventually returned to a life of crime, this time stealing life savings by dynamiting safes. He had prepped a bank in Philadelphia by concealing nitroglycerine in a safety deposit box, but before he could take down the score, he was caught in Cleveland. The thirty-one-year-old went to prison in Ohio with no one aware of the deadly secret concealed in the Philadelphia vault.

The lethal secret ate away at the tailor-turned-safe blower, who wrote a letter explaining his guilty conscience.

“I will not be out of here for many years, and I’ve been worrying every day for fear something might happen to explode that nitroglycerine. The nitroglycerine and the dynamite are in a lady’s handbag. Somebody’s liable to get careless and if they do—there’s enough high explosive to wreck a whole city block. Thousands of innocent people will be killed. Please do something at once before I have the deaths of God knows how many people on my soul.”

Philadelphia police found the explosives cache, which would have been enough to destroy the bank and many of the neighboring buildings.