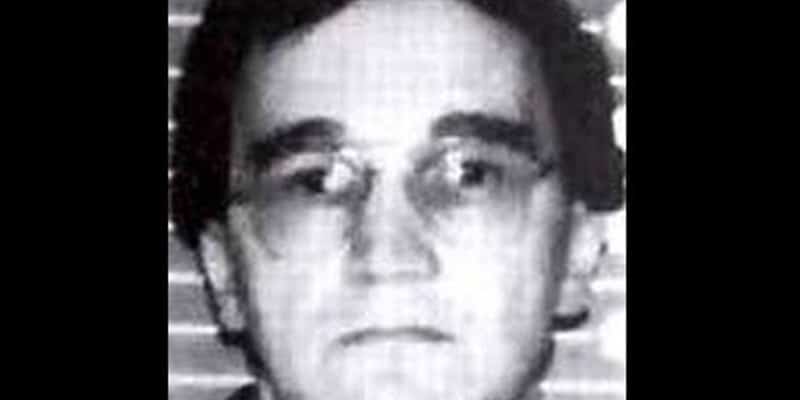 During the early 1980s the Secret Service had been investigating a new counterfeit operation and had began handing out sketches of the suspect to various stores. By chance they had just left one when the clerk recognised a man trying to pass off a fake bill. After a foot chase he was apprehended and a search of his car revealed some items that made them think he was involved in some more serious crimes.

In the trunk were thousands in fake money, a stash of pornography, various drugs, stolen license plates, fake drivers licenses, a forged police badge, police lights and various items he’d bought with the counterfeit cash. Further investigation led them through various false names to an apartment.

However, this proved to be a disappointment with nothing related to his illegal activities found. What was found was the address of a storage facility and there the manager said he was expecting law enforcement after some of the things he’d seen in the lockup when the door was left open by accident.

The tape featured a woman being tortured and begging to die and this made agents look further into the case. They soon identified the man as James Mitchell DeBardeleben II, who had previous records for fraud, sodomy, kidnapping and attempted murder.

A profile was developed of a man who was a forger, rapist, possible serial killer and sadistic sexually. Some of the crimes they traced to him included various rapes where he abducted the women and held them captive whilst he raped and sodomised them, before releasing them in the middle of nowhere. They also found he’d murdered at least one woman, hanging her up with a belt and stabbing her twice. They also worked out he’d usually impersonated a police officer and used this to lure his victims.

His numerous ex-wives also came forward and told agents that he’d often fantasised about performing various violent sexual acts and tortures. It turned out the recording that sparked the more serious investigation was that of his fourth wife, with whom he was acting out a torture script he’d written.

DeBardeleben was convicted of various counts of kidnapping, rape and fraud but never murder. He was sentenced to over 300 years in prison and this long sentence meant several states dropped charges they were intending on pursuing against him.

He never admitted any of his crimes and died in prison in 2011 aged 74. The true extent of his criminal activity will never be known but investigators suspect he could have killed many more women in sadistic fashion.

DeBardeleben’s first confirmed sex offense came in 1966 when he was arrested for kidnapping and sodomy on a young girl, a crime which he carried out with Wanda Davis’s cousin. However the charges were dropped when the jury learned that the victim had gotten into the car with the two men willingly.

Davis became pregnant with DeBardeleben’s child twice; the first was miscarried when he pushed her down a flight of stairs in a fit of rage. When she gave birth to his daughter, Lindsey, they had already divorced and he had moved on to another vulnerable young woman. His fourth wife, Caryn, was 12 years younger than him when they married. At the time he began to woo her, she was 17 and still in high school. Like Wanda Faye, Caryn was also subjected to the same degredating treatment. Like Davis, she too was groomed as accomplice to numerous scams and criminal activities.

Evidence found during the search of DeBardeleben’s home led to him being convicted of counterfeiting and sentenced to the Federal Penitentiary in Danbury, Connecticut. While there, DeBardeleben’s IQ was determined to be approximately 127, putting him in the top 4% of the population.

During his imprisonment DeBardeleben wrote; “I feel that I have been unjustly tormented, degraded and shit upon by society (specifically the American Justice System-which is rotten to the core). In order to regain an adequate self-image, I feel compelled to somehow restore my self-respect. If I were to shit upon society for an adequate monetary gain, commensurate with the pan I have suffered and not get caught, it would accomplish my objective.”

In 1978, after spending some time at a halfway house, DeBardeleben moved to Arlington, Virginia, where he got a job as a barber. He didn’t last long as a barber and took off in a newly purchased ’77 Thunderbird to resume his activity of passing out counterfeits and committing rape. At the same time, an unlikely mixup at the Crime Information Center led authorities to conclude that DeBardeleben was dead. He was then free to exact retribution against the society which he believed had unfairly treated him without the authorities inquiring about his whereabouts.

That September, he abducted a 19-year-old nursing student, Lucy Alexander, raping her repeatedly. She was released the next day in Delaware. In the summer of 1979, he met his last wife, Barbara Abbott, who left him after a year and a half. At this time, DeBardeleben was heavily engaged in counterfeiting money. Because he used a lot of it at suburban malls, using fake $20 bills to buy cheap items and getting real change back, the Secret Service nicknamed him “the Mall Passer”. The fake bills were used in several states, including Ohio, Virginia, Texas, Oklahoma and Milwaukee.

In 1980, he pulled over a woman while posing as a cop, intending to abduct and rape her, but she fought back and escaped. On May 25, 1983, DeBardeleben was arrested for counterfeiting. When the Secret Service searched a storage facility rented in his name looking for his printing press, they found evidence for several violent crimes they had no idea DeBardeleben was responsible for, such as handcuffs, dildos, bloody panties, lubricant and hundreds of photos of women, most of them sexually explicit, and several audio recordings of women being tortured. In 1988, he was sentenced to 375 years in prison for his counterfeiting; the authorities felt they could not get convictions on the sex crimes because of a lack of evidence. He was confined in maximum security for his entire prison sentence. DeBardeleben was also a prime suspect for two murders; that of a realtor in 1982 and that of one of two men he held for ransom in 1983, but wasn’t convicted of them. He remained in prison until his death from pneumonia in 2011, aged 70