The true mystery surrounding the 5th Duke Of Portland  and his seclusion.

William John Cavendish-Scott-Bentinck, 5th Duke of Portland (17 September 1800 – 6 December 1879), styled (named) Lord John Bentinck before 1824 and Marquess of Titchfield between 1824 and 1854, was a British Army officer and peer, most remembered for his eccentric behaviour.

A recluse who preferred to live in seclusion, he had an elaborate underground maze excavated under his estate at Welbeck Abbey near Clumber Park in North Nottinghamshire

Back in the Victorian era it was claimed that the Duke—who stayed shut away in his room on his private estate, Welbeck Abbey—was a real-life Jekyll and Hyde. His extensive network of underground rooms and passageways may perhaps have been constructed in order to assist him in leading a double life.

The story could have come straight out of a Victorian novel. In fact, some have suggested it was the inspiration for Charles Dickens’ final, unfinished work, “The Mystery of Edwin Drood.” A widow named Anna Maria Druce insisted for decades that her father-in-law, Baker Street textile shop owner Thomas Charles Druce, had been none other than the Duke of Portland himself. Though Thomas Druce had died in 1864, a full 15 years before the Duke, Anna claimed the entire funeral had been a hoax. She asked that the coffin be exhumed and opened, certain it would either be empty or filled with lead weights. Thomas Druce, she claimed, had staged his own death in order to fully resume his life as the Duke.

Anna never recanted her seemingly outrageous story and went as far as to contest the inheritance of the Portland estates. She was finally committed to an asylum in 1903 due to the “stress of litigation.” Other members of the Druce family pursued the matter after her, though the evidence some of them gave was found to be false and several main witnesses were given heavy sentences for perjury. When the coffin of Thomas Druce was finally opened in 1907 and found to contain a body, the case was dismissed as “frivolous and vexatious.” However, Anna Marie Druce’s claims could well have been rooted in some long-obscured truth.

Consider the reported evidence. On the extremely rare occasions when the solitary Duke made an appearance, he was buried under three overcoats and a ridiculously oversized top hat, and hid behind a huge umbrella. He mostly gave his orders through written notes. When traveling, his stage coach always had the curtains drawn, and it was loaded onto the London-bound train, presumably with him inside. He kept apartments in London that were said to be linked to Baker Street by a secret tunnel, discovered by workmen years later.

Due to his isolation, no one really knew whether the Duke was in his room at Welbeck Abbey or not. Food was delivered, but nobody ever saw him collect or eat it. Even when sick, the Duke would shout his symptoms through a slot in the door and his doctor would shout back a diagnosis. Likewise, Thomas Druce was said to have kept his Baker Street office behind some red velvet curtains. When the curtains were drawn, employees were told to stay clear and not to bother Druce. When the Duke’s whereabouts were known, Druce’s became mysterious, and vice versa. After the funeral of Thomas Druce, the Duke was known to have resided permanently at Welbeck Abbey. 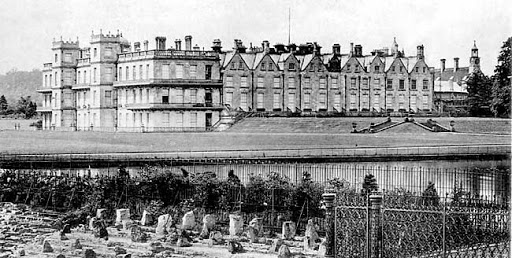 The house’s kitchen gardens covered 22 acres encased in high walls with recesses in which braziers could be put to ripen fruit. One of the walls, for peaches, measured over 1,000 ft (300 m) in length.

When roller skating became popular, he had a rink installed near the lake for the benefit of his staff, whom he encouraged to use it – but he himself never used it.

The duke had all the rooms of Welbeck Abbey stripped of furniture, including tapestries and portraits, which he had stored elsewhere. He occupied, and never left,  a suite of four or five rooms in the west wing of the mansion which were sparsely furnished. By 1879, the building was in a state of disrepair, with the duke’s rooms the only habitable ones. All the rooms had been painted pink, with bare parquetry floors and no furniture apart from a commode in one corner. 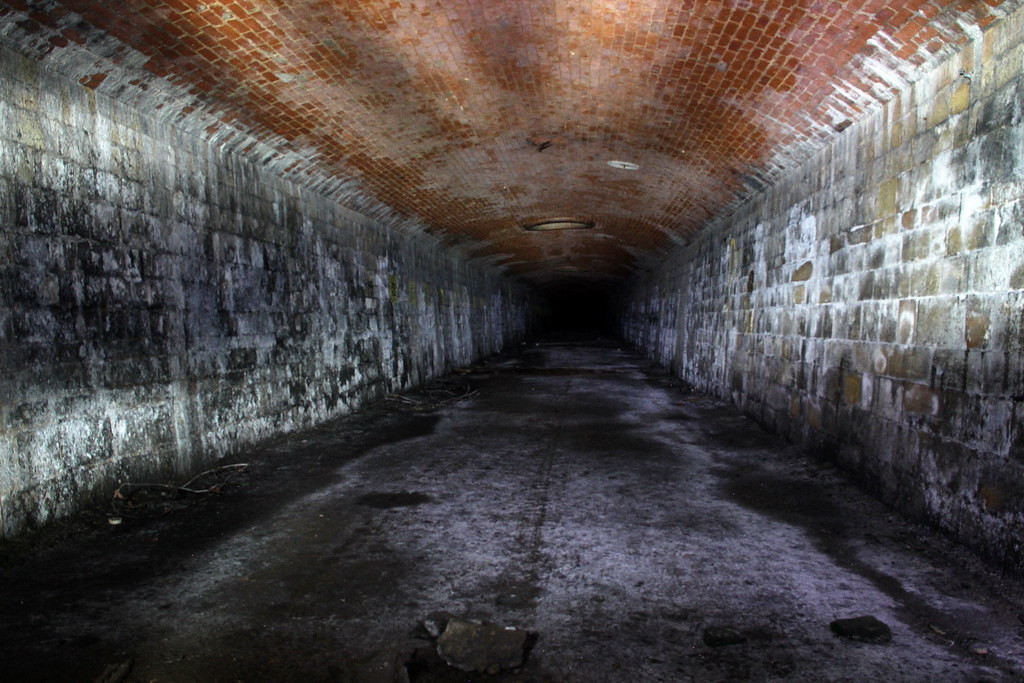 The duke’s father, believing there would be a shortage of oak, had hundreds of trees planted. His son used the wood to construct a complex of underground rooms and tunnels.

The tunnels under the estate were reputed to have totaling 15 mi (24 km), connecting various underground chambers and above-ground buildings. They included a 1,000 yd (910 m) long tunnel between the house and the riding house, wide enough for several people to walk side by side. A more roughly constructed tunnel ran parallel to this for the use of his workmen. A 1.25 mi (2 km) long tunnel ran north-east from the coach house, to emerge at the south Lodge, which was supposedly wide enough for two carriages. It had domed skylights (readily visible on the surface) and by night was illuminated by gaslight.

The underground chambers—all of which were painted pink—included a great hall 160 ft (49 m) long and 63 ft (19 m) which was originally intended as a chapel, but which was instead used as a picture gallery and occasionally as a ballroom. The ballroom reportedly had a hydraulic lift that could carry 20 guests from the surface and a ceiling that was painted as a giant sunset. The duke never organised any dances in the ballroom.

Other subterranean rooms included a 250 ft (76 m) long library, an observatory with a large glass roof, and a vast billiards room.