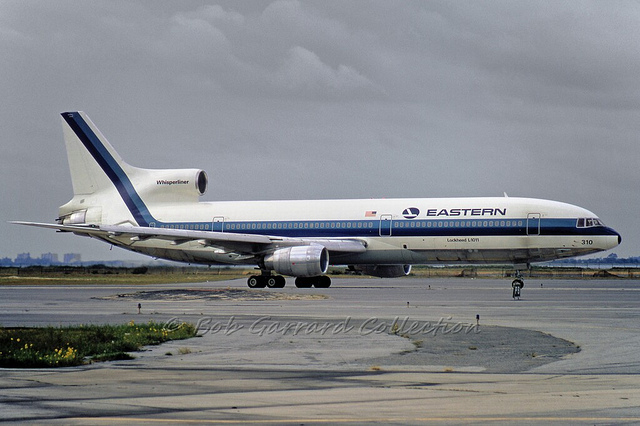 In the 1970’s, tales of strange and mysterious ghostly apparitions flew around the USA and the rest of the airline world. Passengers, Cabin Crew, Pilots, Flight Engineers, even top airline executives, all claimed to have seen ‘something’ onboard certain aircraft.

But before we begin this spooky tale, we must first go back to 29th December 1972 onboard an Eastern Airlines Lockheed L1011, as it descended towards Miami after its flight from New York, John F. Kennedy Airport (JFK)……

The mood onboard flight 401 was upbeat. 163 Passengers and 13 crew members were looking forward to enjoying New Year in the Florida sunshine. The four-month old L1011 (N310EA), was the pride of the airlines fleet. The ‘Tristar’ as the aircraft was known, was one of the most modern and technologically advanced of its day.

The flight from JFK had been uneventful, but as the crew prepared for landing, the first in a chain of events occurred which would eventually lead to the loss of 101 lives. First officer Albert Stockstill was instructed to lower the landing gear. Alarmingly the crew noticed that not all of the wheel indicator lights had turned green. Captain Robert ‘Bob’ Loft believed that it was just a faulty light bulb. Stockstill struggled to remove the bulb, while Flight Engineer Donald ‘Don’ Repo went down into the avionics bay, or ‘hell hole’ as it was referred to, situated below the flight deck to visually check if the gear was down.

As the pilots attempted to resolve the issue, they failed to notice that the autopilot had disengaged and they were now slowly descending towards the Florida Everglades.

The Tristar was travelling at 227 miles per hour when it slammed into the alligator infested swamp, just outside of Miami. Many of the passengers were killed instantly and those that did survive faced an agonising wait for rescuers to reach the crash site. First officer Stockstill died upon impact, but both Repo and Loft survived the initial crash. Repo was rushed to hospital, but later succumbed to his injuries. Tragically, rescue was too slow coming for Captain Loft, who died at the scene.

The subsequent investigation into the crash sited pilot error as the main cause. The crew failed to monitor the altitude as they tried in vain to deal with the undercarriage problem. Tragically, it was later revealed that the nose wheel had indeed been locked in place and it was the bulb that was faulty.

Although the majority of N310EA was destroyed, certain parts such as the galley were salvageable. Eastern and Lockheed agreed that these parts could be re-used and fitted into other Tristar’s on the production line.

One such aircraft was N318EA, and as the weeks and months passed, strange goings on began to occur…..

JFK airport, 1973 and an Eastern Airlines Tristar was boarding for its flight down to Miami. Travelling that morning was one of the airlines Vice Presidents. As a VIP passenger, he was allowed on to the aircraft first and made his way to the first class cabin. As he moved towards his seat, he noticed a company captain in full uniform and went over to have a chat. During the ensuing conversation, he suddenly realised he was speaking to Bob Loft. The apparition quickly disappeared and the vice president rushed off to find a crew member, terrified that it could be an omen that something would happen to this aircraft. A search of the plane was carried out before any other passengers boarded but there was no sign of the mystery captain.

A few months later back at JFK, a crew boarding the same aircraft were surprised to see Loft already onboard. They apparently chatted to the ghost, not realising who he was, before he vanished right before their eyes. The flight was later cancelled as the crew were too shaken to operate.

Onboard the L1011, flight engineers would usually arrive at the aircraft before the other crew to carry out their pre-flight checks. This particular day, a flight engineer was stunned to see an Eastern Second Officer already sat in his seat. He immediately recognised him as Don Repo and the apparition said to him “You don’t need to worry about the pre-flight, I’ve already done it”, before disappearing right before his eyes.

Some weeks later another captain was checking the instruments before a flight from Miami to Atlanta. Staring him right in the face, was the unmistakable outline of Repo’s face. The Captain claimed he distinctly heard the words “There will never be another crash on an L1011. We will not let it happen.”

During a flight from Atlanta to Miami onboard N318EA, the flight deck crew were enjoying their meal as they cruised at 39,000 feet. Suddenly, there was a loud knocking coming from the ‘hell hole’. By now the ghostly stories had been circulating round the company and the crew were reluctant to look. But the knocking continued and as the flight engineer opened the hatch, he was horrified to see the face of Don Repo staring back at him. Terrifyingly, this was where the engineer had been when flight 401 had crashed.

And it wasn’t just flight crews who saw the ghostly going apparitions. On one occasion, several caterers loading N318EA for its next flight were seen rushing off the jet and refused to get back on. When asked why, they all stated that they had seen a flight engineer stood in the forward galley before vanishing right before their eyes. Passengers also reported strange occurences. A woman sat next to an Eastern pilot, who she said ‘looked ill’, called a stewardess only for the pilot to disappear. Another lady summoned a crew member as she was concerned about the unresponsive pilot sat next to her. The man once again disappeared, leaving the passenger hysterical. 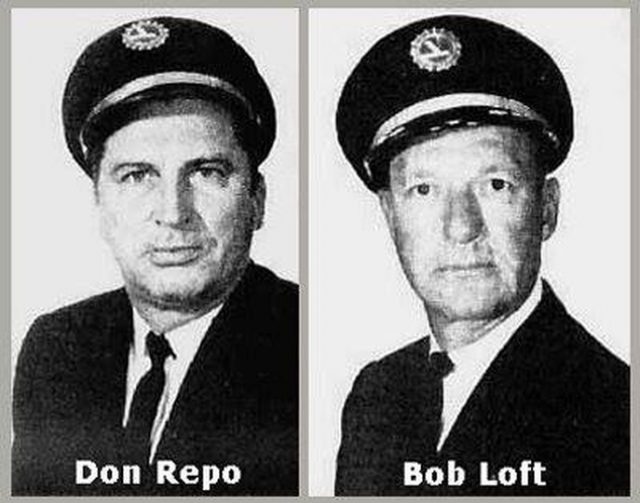 After these incidents both women were shown pictures of the deceased 401 flight crew……both identified Don Repo as the crew member they had seen. 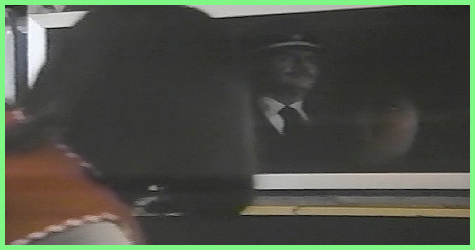 So far the majority of the reports of spooky goings on and ghostly sightings had been swiftly swept under the carpet by Eastern. What airline would want passengers thinking that their aircraft were haunted by dead flight crew who perished onboard the pride of their fleet? Although the airline had point blankly refused to believe the spooky stories, the sightings were all reported to the independent Flight Safety Foundation, who later commented “The reports were given by experienced and trustworthy pilots and crew. We consider them significant”. Eastern went on to warn employees that they could face dismissal if they were caught spreading the ghost stories.

But then one incident changed everything.

Flight 903 had just taken off from JFK, on route to Mexico City. Stewardess Fay Merryweather was in the galley preparing the meals for the passengers. As she reached for the handle of the oven door, she was horrified to see the face of Don Repo staring back at her. Not one to panic, she briskly made her way to the front to get another stewardess and the aircrafts engineer to come with her to take a look. Sure enough when they returned, Repo’s face still stared out from the oven, although now it looked like he was trying to say something. Suddenly, all three clearly heard the apparition mutter the words “Watch out for fire in this plane”.

The flight reached Mexico City safely, but on the return leg problems began with the aircrafts starboard engine. After an inspection the aircraft was cleared for take off, but as the plane climbed away the engine failed and back fired several times. It was quickly shut down before it caught fire and they returned to the airport. Thankfully no one was hurt during the incident, but the crew were understandably very shaken after what they had seen in the oven door.

As the sightings became more and more frequent, rumours circulated that pilots and crew refused to fly on the L1011’s that had parts of the doomed jet fitted. Paranormal investigators requested numerous times to be allowed on board the aircraft to see if anything could be recorded. The airline continually refused.

However, all of the salvaged parts from 401 were later removed from the suspect jets. The ghosts of Bob Loft and Don Repo were never seen again, but their haunting words to protect Eastern’s L1011 fleet came true. In the years after the crash until the airlines closure there were no other fatal crash onboard the Tristar fleet. Whether you believe in ghosts or not, it is quite nice to think that those dedicated pilots may have kept the rest of the Tristar fleet safe.

N318EA later went on to fly for Hong Kong carrier Cathay Pacific and Eastern Airlines was consigned to the history books when they ceased operations in 1991. But the stories of the ghosts of Flight 401 still circulate today.

So next time you’re sat onboard a plane and you feel a chill; before asking the cabin crew to turn the heating up take a look around, and if you see someone sat in a pilots uniform be sure to take a closer look. It could well be the ghosts of Captain Robert Loft or Second Officer Don Repo, keeping watch and making sure your flight arrives safely.