The strange unexplained event at Barcelona, 1976 remains unsolved, and one of Spain’s biggest unexplained mystery. 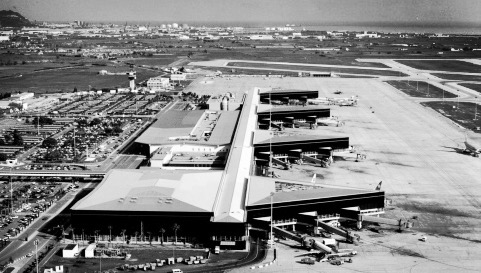 In Barcelona, Easter 1976 a well-to-do couple were at the airport about to embark on a holiday with their Nanny and young daughter.

The husband left the family for a short while to collect his plane tickets. Upon returning to his great horror his wife was the only one there. The Nanny and daughter had mysteriously disappeared.

The wife was not concerned as she though that the Nanny had merely taken the daughter to the bathroom.

As time passed the Nanny and daughter were nowhere to be found. Security was alerted, and the airport checked. No trace of either of the missing persons was found.

A humble old woman supposedly approached the distraught mother, advising her to pray for the return of her daughter, at which point two amazing things happened; the elderly woman vanished into the encircling crowd of onlookers and the Nanny appeared holding the child sitting right next to the mother.

The Nanny was quizzed on where she was and where she had taken the child. She replied that she had been sitting in that position with the child all along and had never moved. Another incredible thing was that the child was physically stuck to the Nanny, as if glued to her.
The husband literally had to tear his daughter from the Nanny’s arms to free her. He noticed that her arms were turning an unusual shade of red.

The family still boarded a flight to their holiday destination with the Nanny who then proceeded to have hysterics and had to be restrained half way through the flight. The family could no longer take their holiday due to the deteriorating condition of the Nanny and returned home immediately. The Nanny was then admitted to hospital and heavily sedated. Clinical Hypnotist Francisco Rovatti later on hypnotised the Nanny in an effort to reveal what had really happened at the airport. It was claimed that the Nanny had heard “an unpleasant sounding male voice” summoning her as she sat next to the mother at the airport. Efforts to go beyond that point would send the Nanny into uncontrollable hysterics.

Rovatti observed that the Nanny had a tremendously powerful post-hypnotic block that had been put in place from the moment that she had seen a red light on the floor. It was decided that to push the Nanny further would jeopardize her life and so no further investigations were made.