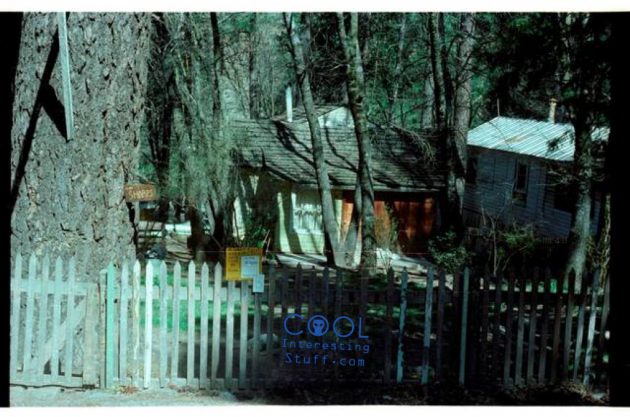 The Keddie Murders is an unsolved 1981 American quadruple murder that took place in Keddie, a former resort town in the foothills of California’s Sierra Nevada. The murders took place in cabin 28, during the late evening of April 11, 1981 and/or early morning of the 12th. The victims were Glenna Sharp, known as Sue, her son John (age fifteen), and his friend, Dana Wingate (aged seventeen).

On the morning of April 12, Sue’s fourteen-year-old daughter, Sheila, discovered the bodies of Sue, John and Dana in the cabin’s living room upon returning home from her sleepover next door. All three victims found in the cabin had been bound with electrical wire and medical tape.

Examination of the bodies determined that each of the victims had been bludgeoned with a claw hammer, and Sue and John had been stabbed repeatedly. John’s throat had been cut. Dana Wingate was also manually strangled and bludgeoned with another weapon. One of the knives discovered at the scene had been used so forcefully that the blade had bent approximately twenty-five degrees.

But it didn’t end with the murders—twelve year old Tina Sharp was missing, presumably abducted from the scene.

Three young children were alive found in a bedroom adjacent to the crime scene. Greg and Rick Sharp, ten and five years old respectively, apparently slept through it all. Justin, a twelve-year-old family friend, was the sole eyewitness.

Justin’s statements, however, would prove a major source of confusion in the decades to come, as his recounting of the event would change first under a hurried hypnosis with the County Sheriff, then under a polygraph, and would change once again under professional hypnosis much later in his adult life.

The case would come to be called “Cabin 28” after the location, or “The Keddie Murders”, and is said to be a part of the inspiration for the recent movie “The Strangers”.

The website http://keddie28.com Has played a major part in recent years in uncovering evidence

About the Cabin 28 Keddie Murders Case:

One thing is clear: nothing about this case is simple.

Keddie holds many skeletons in its closets. There were, in 1981, so many potential perps in town you could have stood in the main street, thrown a dart with your eyes closed and hit one. The Sharp family were, in this idyllic little resort town, surrounded by child molesters, drug runners, professional criminals, corrupt cops and businessmen, habitual transients and at least one known serial killer.

Martin Smartt, the stepfather of Justin, would become a prime suspect, along with his friend John Boubede, a man who would prove to have a long and violent criminal history as a bank robber and one of Chicago’s “Candy Bandits”. He was also closely associated with Jim Rini, a former mob enforcer linked to the 1957 disappearance of investigative reporter Amelia Zelko.

There were no arrests made. Smartt was allowed to leave town that same day. Boubede was also cut loose, despite highly suspicious behaviour like insisting on his suffering impotence, lying about being a former cop and carrying fake ID.

Dogs were called in, days later, to help in the search for Tina Sharp. Her skull would be discovered three years later and ninety-five miles from the crime scene. The rest of her remains were never found.

It was discovered that her teacher, now an RSO, had an obsession with the child and he too became a suspect.

On the night of April 11-12, 1981, Glenna Sue Sharp and her kids, Tina and John, and John’s friend, Dana Wingate, were brutally murdered inside Cabin 28 in Keddie, California. Surrounded by drug traffickers and sexual predators, dozens peripherally involved in the case had motive, if not opportunity. Law enforcement immediately zeroed in on prime suspects. Yet, this hot case was intentionally made to quickly grow cold.

Why was Marty Smartt, the main suspect, the local sheriff’s close friend? Why did a hit-man and enforcer from the Chicago & Vegas mob, ‘Bo’ Boubede, move in with Smartt just prior to the murders? Why were corrupt DOJ Organized Crime agents immediately assigned to this rural case, unless LE already knew about Bo? Why did both DOJ and sheriff Doug Thomas skate these key suspects when their joint alibi is laughably syipid lies? Why was Marty’s then-wife, Marilyn Musgrove, at least a key conspirator if not a murderer, not arrested?

Why did Law Enforcement agencies conspire to cover up this case? What were the killers involved in that LE decided to protect them (and themselves)?

In 1981 Quincy was like many small towns, the kind of place where people didn’t lock their doors, families felt safe. All that suddenly changed.

Until two weeks before, Mike Gamberg had been an officer with the Plumas County Sheriff’s office. He had been dismissed in an unrelated dispute with the man who was then sheriff.

Gamberg knew the Sharp family. It was a case he would like to have worked, but even after he was reinstated, he wasn’t permitted anywhere near.

“They never told me why,” said Gamberg.

Two men, Martin Smartt and John Boubede, who both had criminal records and lived next door to the Sharps in Cabin 26, were considered suspects at the time, but the investigation stalled. And apparently there was little trust in those days between area residents and their sheriff’s office.

In any case, no arrests were ever made and, sooner perhaps than it should have, the case became simply a bad, frightening memory.