The ghost of Osaka Hospital, Japan

The pterodactyls was said to have become extinct 150 million years ago!

One of the most famous religious apparitions of all time, Our Lady of Zeitoun was observed over a staggering two-year period starting in 1968. First spotted by a Muslim bus mechanic, the glowing form of the Virgin Mary was mistaken for a woman preparing to jump from the roof of the Church of St. Mary.

Police investigated and found nobody on the roof, but from that point forward the glowing ghost of Jesus’s mother appeared multiple times a week, being photographed many times without any real explanation as to the cause of the phenomenon. 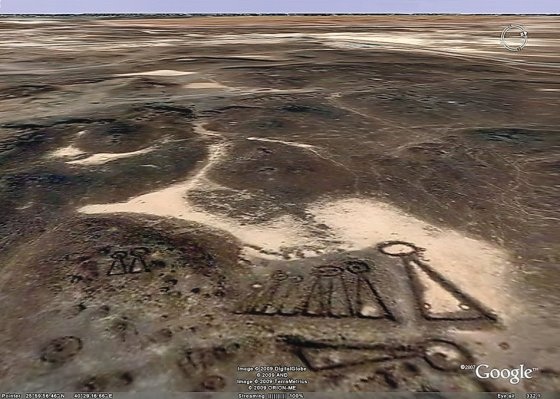 In the Al-Hayit region of Saudi Arabia, keyhole and pendant shapes varying in size from a few meters to dozens of meters have been photographed. these unexplained objects are often found arranged along “avenues” that are invisible to builders of modern highways.

The massive foundation platform of Baal Hadad is like no other structure in the world. It is over 90 metres long and nearly 60 metres wide and stands some 10 metres proud of the underlying rock.

The Trilithon is composed of three stones each measuring 19 metres long x 4.2 metres wide x 3.6 metres broad. Hewn from natural crystalline limestone with a specific gravity of about 2.7, from a quarry 1 km mile away, they weigh 870 tons each.

They have been raised to a height of 10 metres and have been so accurately cut and placed that a razor’s edge cannot be placed between them.

They have been laid upon a layer of 19 similar blocks weighing between 350 and 400 tons each.

This carved facade can be seen in the temples of Ta Prohm, Cambodia. (Dated 11th Cent AD). The discovery of what the shown Stegasorus looked like was not made until century’s later.