Benjamin Bathurst was a British diplomatic envoy who disappeared in Germany under strange circumstances in 1809′ in the midst of the Napoleonic Wars. He was the third son of Henry Bathurst, Bishop of Norwich.

Bathurst is reported to have suddenly disappeared on or about 25 November 1809. His vanishing sparked much debate and speculation concerning his ultimate fate, as his disappearance was unexplained and particularly sudden, some considered it to be a supernatural vanishing.

Recent research suggests the circumstances of Bathurst’s disappearance were not that wildly exaggerated, however it is now suggested he was almost certainly murdered and his body disposed off.

The strange events surrounding his disappearance

On 25th November 1809, Benjamin Bathurst and his attendant were in the middle of making a long and dangerous journey carriage across Europe. That evening they had stopped for refreshments in a small inn at the town of Perleberg, west of Berlin. They had intended to stop for just an hour or so.

Concerned about standing out as rich British they both been travelling under false names. “Baron de Koch” and “Fischer”.

Records show that sometime between nine and ten in the evening Benjamin Bathurst and his loyal attendant “Fischer” were considering if they should set off in the carriage and continue the long journey they had planned for that day – The carriage was indeed ready up with fresh horses and set to roll.

However, for some reason, they decided that it was too late to travel such a long distance, so decided to retire to bed in the inn. Before they did, they had to deal with the horses and carriage. 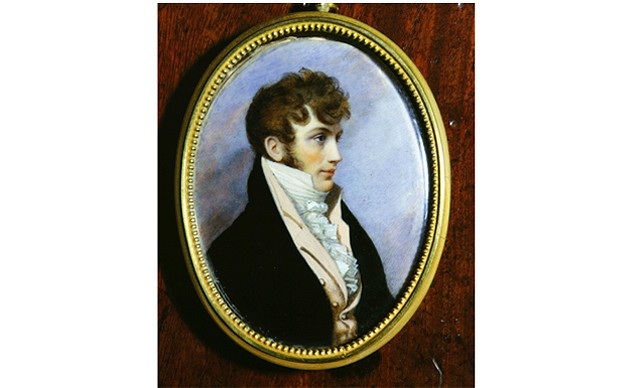 Bathurst left the inn they had stopped at first, with his attendant less than a few meters behind him to unharness his horses.

Records show he climbed into the carriage after examining the horses.

Bathurst’s attendant followed the diplomat into the carriage just a few moment later. However, when he got to the door of the vehicle there was no sign of Bathurst

The attendant quickly looked, but failed to find any trace of the missing Baron. He then went back inside the inn and gathered a large group of locals to help him search for the missing diplomat.

The group helped him search the local area for over an hour but there was no sign of the British diplomat anywhere.

Vanished without a trace!

On December 16th a report came in from two local women who had been taking a walk through the nearby woods. They had come across a pair of pants which were later proven to belong to Bathurst.

The pants had two bullet holes shot through them but there was a lack of any blood evidence. This indicated to authorities that the clothing had been shot after it was taken off the diplomat.

Bathurt’s wife eventually got wind of his disappearance and traveled to Perleberg herself to find out what had happened to her husband. Once she arrived she immediately put up a high reward offer for anyone who had information on her husband’s whereabouts.

The reward was cancelled after several days due to the amount of hoax responses from local opportunists.