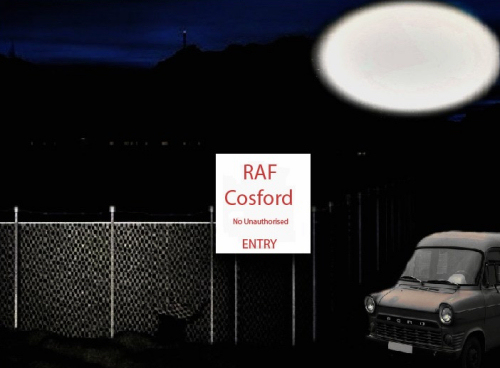 At about 1.15am on March 31, 1993, in what has been dubbed the Cosford Incident, there were dozens of sightings across western Britain of triangular shaped UFOs moving across the sky at speed.

There were sightings in Devon, Cornwall and the West Midlands but it was accounts given by military and Met Office personnel at both RAF Cosford and RAF Shawbury which gave the reports greater prominence. A report to the MoD by Nick Pope, who ran the government UFO project, said: “It seems that an unidentified object of unknown origin was operating in the UK Air Defence Region without being detected on radar; this would appear to be of considerable defence significance, and I recommend that we investigate further.”

The officers called the meteorological officer at Shawbury to tell him to look out for a UFO. He then claimed to have seen ‘a vast triangular shaped craft flying at about 200ft’ which made a low humming noise and fired a narrow beam of light which swept the ground.

Most described two bright white lights speeding to the southeast, leaving trails of luminous vapour. Some described a third light, giving the impression of a triangular object. UFO websites cite the incident as a major indicator of the existence of alien life. 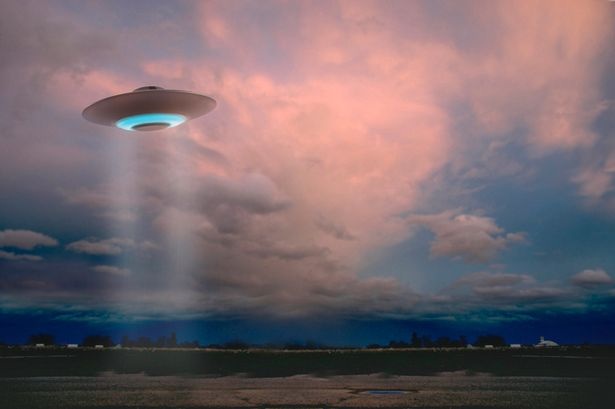 The following is from Nick Pope See his full report

The first sighting took place on 30 March at around 8.30pm in Somerset. This was followed by a sighting at 9pm in the Quantock Hills. The witness was a police officer who, together with a group of scouts, had seen a craft that he described as looking “like two Concordes flying side by side and joined together”. The reports came in thick and fast and when I arrived at work the following morning I received a steady stream of reports. It was soon clear that I had a major UFO event on my hands. One of the most interesting reports came from a member of the public in Rugely, Staffordshire, who reported a UFO that he estimated as being 200 metres in diameter. He and other family members told me how they had chased the object in their car and got extremely close to it, believing it had landed in a nearby field. When they got there a few seconds later, there was nothing to be seen. Many of the descriptions related to a triangular-shaped craft or of the lights perceived as being on the underside of such a craft. Indeed, in an apparent coincidence these sighting occurred three years to the very day after the famous wave of sightings in Belgium that had led to F-16 fighters being scrambled to intercept a UFO being tracked on radar.

The UFO was seen by a patrol of RAF Police based at RAF Cosford. Their official police report (classified Police In Confidence) stated that the UFO passed over the base “at great velocity … at an altitude of approximately 1000 feet”. It described two white lights with a faint red glow at the rear, with no engine noise being heard. The RAF Police report also contained details of a number of civilian UFO sightings that they had been made aware of in the course of making enquiries with other military bases, civil airports and local police.

Later on that night, the Meteorological Officer at RAF Shawbury saw the UFO. He described to me how it had moved slowly across the countryside towards the base, at a speed of no more than 30 or 40 mph. He saw the UFO fire a narrow beam of light (like a laser) at the ground and saw the light sweeping backwards and forwards across the field beyond the perimeter fence, as if it were looking for something. He heard an unpleasant low frequency humming sound coming from the craft and said he could feel as well as hear this – rather like standing in front of a bass speaker. He estimated the size of the craft to be midway between a C-130 Hercules transport aircraft and a Boeing 747. Then he told me that the light beam had retracted in an unnatural way and that the craft had suddenly accelerated away to the horizon many times faster than a military aircraft. Here was an experienced RAF officer who regularly saw aircraft and helicopters, telling me about something he said was quite unlike anything he’s ever seen in his life. The MoD party line about UFOs being of “no defence significance” was looking decidedly shaky. What was I supposed to say to him, I wondered – “don’t worry, it was probably just a weather balloon”! I corresponded with him recently about this but, unlike some sceptics, I intend to respect witness confidentiality and won’t name him.

For a number of reasons UFOs are notoriously under-reported. The two main factors here are fear of disbelief and/or ridicule, and the fact that many people do not know who to contact with details of their sightings. While there were standing instructions that UFO reports sent to military bases, civil airports and police stations should be forwarded to the MoD for investigation, this national reporting system did not always work. The casefile on the 30/31 March 1993 UFO incident makes it clear that there were many more sightings than ever reached the Department. One throwaway line from a signal reporting how police officers in Liskeard, Cornwall, had seen a UFO stated that the object was “seen by other police officers throughout Devon and Cornwall”. We can only guess at the number of sightings that went unreported that night.

I launched a detailed investigation into these sightings, working closely with the RAF, colleagues in the Defence Intelligence Staff and personnel at the Ballistic Missile Early Warning System at RAF Fylingdales. One of the first things that I did was order that radar tapes be impounded and sent to me at MoD Main Building in Whitehall. The radar data was downloaded onto standard VHS video cassettes and arrived shortly thereafter. I watched it with the relevant RAF specialists who told me that there were a few odd radar returns, but that they were inconclusive. Radar is not an exact science and in certain circumstances, false returns can be generated. 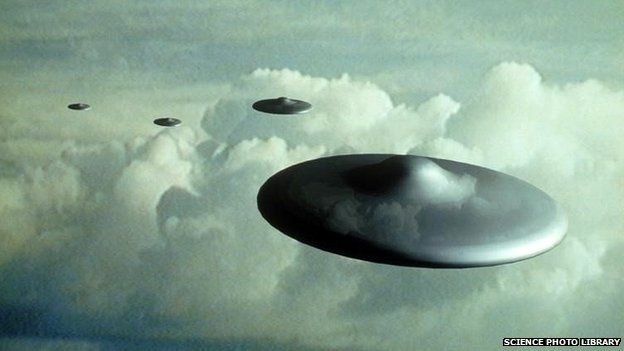 Later, a more formal assessment of the radar data was made. Unfortunately, one of the radar heads was not working on primary radar during the reporting period, so only aircraft working Secondary Surveillance Radar could be seen. But with this and with other checks, what we were able to do was build up a picture of all aircraft and helicopters activity over the UK, so that we could factor them into the investigation and eliminate them from our enquiries if appropriate.